Cool air has descended on the southern United States and broken records more than a century old.

An unusually strong cold front, by late July standards, pushed through much of the Southern states and triggered severe weather on Tuesday.

The passage of this front has brought lower temperature and humidity levels to much of the region which will linger through Friday.

A recently installed weather station run by Virginia Tech Meteorology showed a low temperature of 38 F in Canaan Valley, West Virginia, Wednesday morning. The station is situated at an elevation of 3,105 feet. 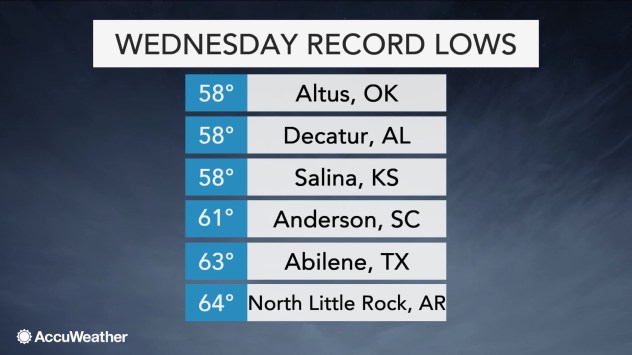 This graphic highlights some of the low temperature records that were set during the morning of Wednesday, July 25, 2019. 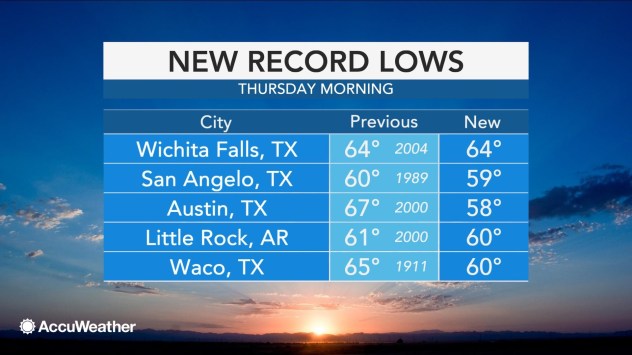 On Friday morning, the unseasonably cool air will challenge temperature records that date back to 1904 in Victoria (69 F) and San Antonio (67 F).

The fall-like air mass will create a perfect setting for outdoor activities such as picnics, barbecues, hiking, biking and golfing this week. 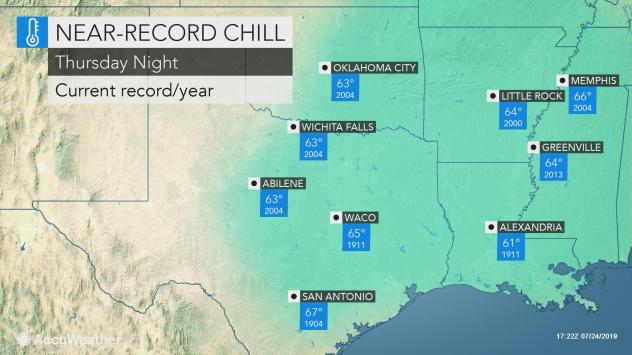 In addition, cooling demands will decrease and allow residents to save some money on their electric bill. Some residents may even be able to shut off their air conditioning units completely for a few days.

Abundant sunshine will accompany the pleasant air, so residents should make sure to apply and reapply sunscreen if spending prolonged time outdoors in the sun.

It's so hot, these meteorologists baked some biscuits in a parked car
Southeast Regional Weather Radar
Just chillin’! Lower temperatures are saving many Americans money
Downpours threaten to spoil days at the beach, theme parks in Florida

A return to the heat and humidity experienced this past week and during much of July so far is forecast to hold off until early next week, with only gradually increasing temperatures expected this weekend.

The weather will not be cool with low humidity everywhere, however.

Steamy air with showers and thunderstorms will extend across a large part of Florida into the weekend before expanding northward and westward along much of the Gulf coast.

"As showers and thunderstorms repeat over the Florida Peninsula, the risk of urban and low-lying area flooding will increase substantially," AccuWeather Senior Meteorologist Alex Sosnowski said.

"A few inches of rain may fall on a daily basis over part of the Peninsula."