A storm is forecast to track close enough to the Atlantic coast to disrupt travel in the northeastern United States due to drenching rain, wet snow and gusty winds during this weekend.

Even though the upcoming nor'easter is not likely to rank among the worst for the time of the year nor will it likely match the impact of the late-October storm from 2011, it will still pack a punch.

The storm before Halloween in 2011 caused heavy wet snow to fall over a large part of the Northeast, which caused widespread power outages and major travel disruptions. With the storm this weekend, the majority of the region will receive rain and not snow. However, winds along the coast could be strong enough for a brief time to be of concern.

The storm forecast for the Northeast this weekend will spring up from the Deep South and may contain some of the moisture and energy from Willa, which was a former Category 5 hurricane over the eastern Pacific. 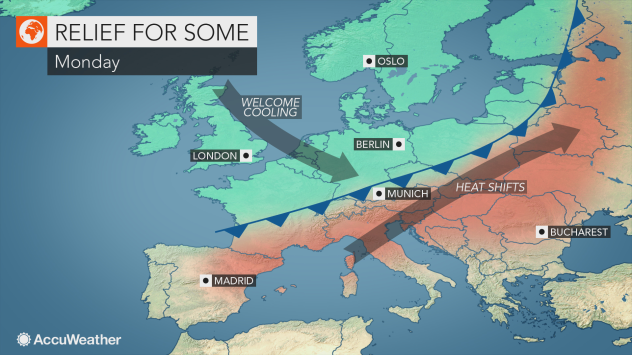 Into Friday, rain will drench areas hit hard by hurricanes Florence and Michael.

"At this time, it looks like this storm will bring a general 1-2 inches of rain and a period of 40- to 60-mph wind gusts to the coast, and there will be some sort of wet snow over the interior," according to AccuWeather Senior Meteorologist Dave Dombek.

How close to the coast the storm tracks and how quickly the storm strengthens will ultimately determine the force of the winds and the rate of rainfall and snowfall.

Forward speed of the storm will also determine whether much of the weekend is a washout or only one day.

Regardless, a period of adverse weather conditions is on the way this weekend. 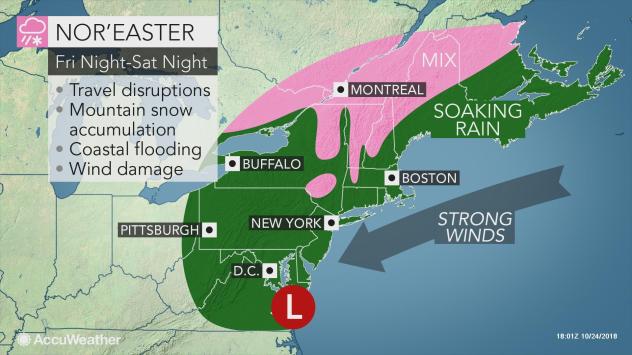 Given the warmth of the ocean and anticipated air temperature, a cold rain will fall along the coast and at many low-elevation spots across the interior of the mid-Atlantic and in southeastern New England with this storm.

Enough rain can fall over a several-hour period to create miserable conditions for those spending any time outdoors and cause flooding in urban and poor drainage areas.

Since the storm will be strengthening as it moves northeastward spanning Saturday and Sunday, winds will pick up on the coast. 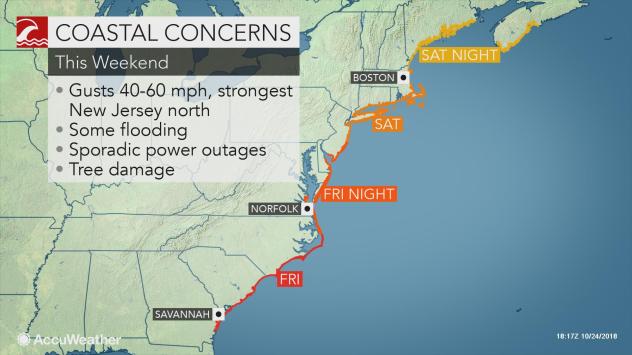 For a time, winds are likely to become strong enough to cause sporadic power outages along the coast. Many trees still have leaves on them, and the ground is soggy from excessive rainfall in recent months. The trees are top heavy and easily toppled.

The combination of rain, wind and a low cloud ceiling is likely to lead to airline delays and slow travel on area highways.

6 things you should do to prep your home for fall 5 weather threats to be wary of during the fall AccuWeather’s US winter forecast for 2018-2019 season Stunning autumn foliage starts to emerge in southeastern US despite Florence, Michael impacts

A period of rough surf and above-normal tides is likely as the storm moves northward along the coast. Minor coastal flooding is likely during one or two high tide cycles this weekend.

As the storm strengthens, it may manufacture enough cold air to bring a change to a rain/snow mix over the highest terrain from the mountains of West Virginia to western New York. 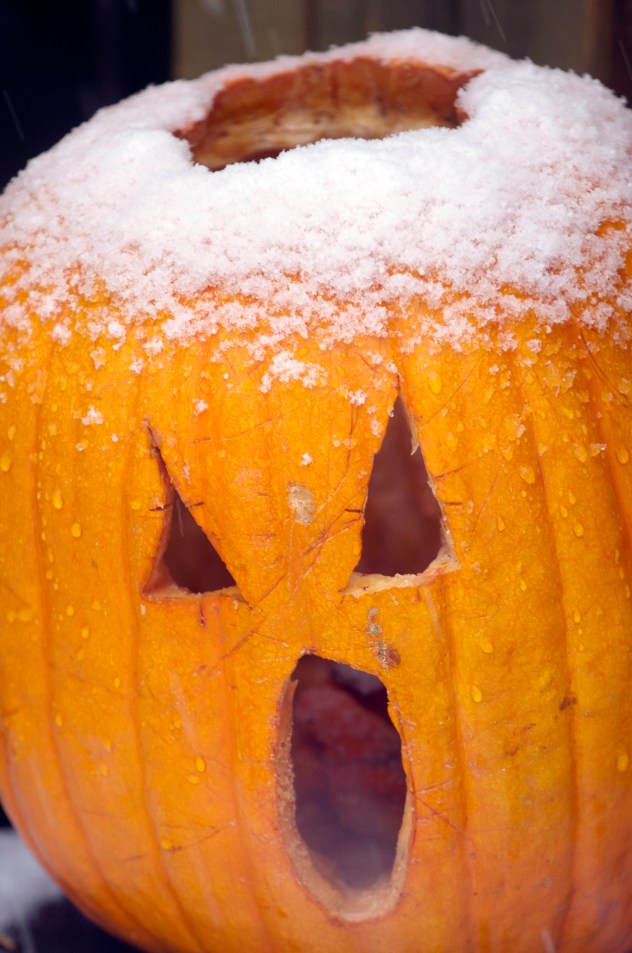 A pumpkin in southern Pennsylvania appears to have a surprised look on its face as snow accumulates on top. During late October 2011, an unusually early and powerful nor'easter along the East Coast began dumped up to a foot of wet, heavy snow that weighed down or toppled leafy trees and power lines and combined with high winds to knock out power to hundreds of thousands. (AP Photo/York Daily News,Jason Plotkin)

However, farther to the northeast, the storm will have a bit more cold air to work to allow wet snow for at least part of the event over eastern New York state to northern Maine.

A couple of degrees Fahrenheit may be the difference in the higher terrain receiving several inches of snow versus a mere mix of rain and wet snowflakes that do not accumulate.

The exact elevation where snow may stick to road surfaces may be restricted to the ridges and/or areas that are shaded from the sun on a clear day at intermediate elevations across the interior.

Where there is a combination of clinging wet snow and gusty winds, there is an increased potential for power outages. Typically, early-season heavy snowfall is confined to a small geographical area.

Motorists who expect to travel over high ground in the northern Appalachians should be prepared for some snow along the way. Make sure tires can handle snow and slush and windshield wipers are in good condition. Toss a snow brush and blanket in the car for good measure.

Communities that have trick-or-treat activities scheduled for this weekend may be adversely affected by rain, poor visibility and slippery conditions. It may be difficult for motorists to see the ghosts and goblins wandering the neighborhood.

Fortunately, for people with travel or outdoor plans, heavy rain and/or snow and strong winds from the storm should only take up one weekend day and not both.

Fans attending area football games and autumn festivals this weekend may want to check the latest forecast by downloading the free AccuWeather app.

In the wake of the storm, enough residual cold air will remain over the interior to allow snow showers to occur from the Great Lakes to the Appalachians from later Sunday into Tuesday. It is possible that rain showers may be accompanied by the first wet snowflakes of the season along part of the Interstate-95 corridor as well early next week.

What do you think will happen? Test your prediction skills by clicking the link above and playing Forecaster Challenge.