Planning a surfing trip? Find out when, where to catch the best waves

Hawaii, Morocco, Australia, California and Peru are famous for their world-class waves and their consistency for surfers.

These surfing destinations can be surfed almost all year round. They offer friendly conditions like warm water, sunny weather, friendly vibes and plenty of surf schools and shops, according to Octavia Drughi, a representative with BookSurfCamps.com.

Better waves can be found in these destinations because of their location and exposure to swells. 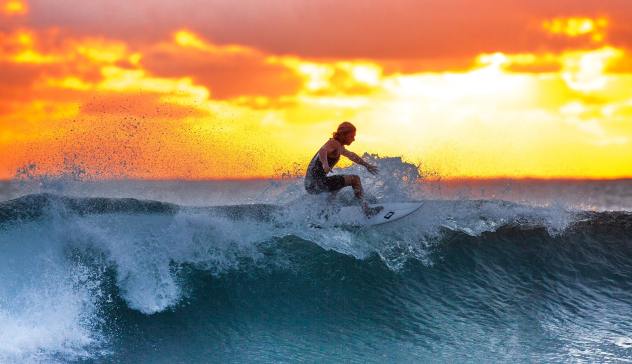 “The best waves occur in places where there are large expanses of water surfaces that the winds can affect, and where swells can travel long distances without any obstacles,” Drughi said in an email.

Surfers will want to visit these locations during “high season.”

High season in surfing means that it is the best time of year to be surfing. This means clean waves and reliable swells.

“In general, the best surfing conditions can be found during winter months, in each respective hemisphere, when the waves tend to get bigger and the swells are more reliable. Summer months are usually less consistent and with smaller waves,” Drughi said.

The surf season can change with each location. There are places with year-round surf, while others can only be surfed during limited times.

Severe weather changes can affect surf conditions from one hour to the next.

Wind speed, wind direction and tide are the most important aspects to consider when determining when is the best time to surf.

Wind speed, duration and the area over which the wind blows affect the wave size.

Local winds also play an important role in how waves are formed. An onshore wind, blowing toward the shore, can destroy even the most perfect of swells. It causes choppy and messy surf that is difficult to ride.

How a sea breeze can make or break a day at the beach
How to avoid the potentially deadly grip of a rip current
5 hidden hazards of summertime swimming
How to avoid contracting swimmer’s ear after a day in the water
What effects can the full moon have on weather, people and animals?

Ideally, you will want an offshore wind or no wind at all for some clean surf.

When there is no wind at all, then the conditions are favorable for “glassy day” conditions, which means aesthetic waves that resemble glass.

The tide also plays a role in surf conditions. The tide is the product of the moon and sun’s gravitational pull.

The moon is much closer to Earth, therefore, it is far stronger. The lunar tide has the greatest impact on the wave quality, size and consistency, according to Drughi.

The moon revolves around the Earth, causing high and low tides to occur at different times each day. 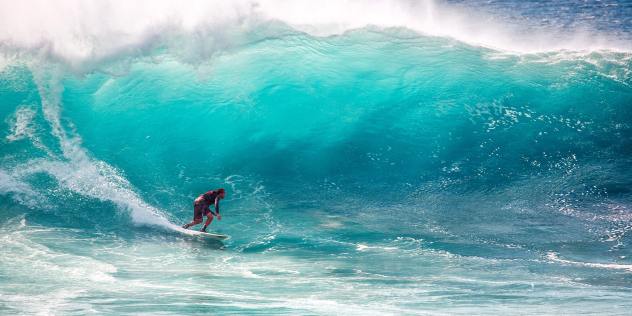 Depending on the surf spot, some locations are better for surf with low tide and others with a high tide.

"The majority of reef breaks work best when the tide is getting higher. Many beach breaks work best at mid tide. In some cases, too much water may cause the waves not to break at all before reaching the shore," Drughi said.

Other factors should also be taken into account, such as shallow reefs that may become too exposed at low tide.

"On a lower tide, the waves will most likely be faster and more hollow. If you want friendlier waves, opt for a higher tide," Drughi said.

Tide tables list the high and low tides for each day. It is important to check how deep the water will be at the surf spot during those tides. Tide tables are often available online or at local surf shops.

"It is better to become familiar with the spot first and only then will you be able to know when is the best tide window," Drughi said.

Surfer’s level and personal preference play a role in whether high or low tide is a "better" time to surf. 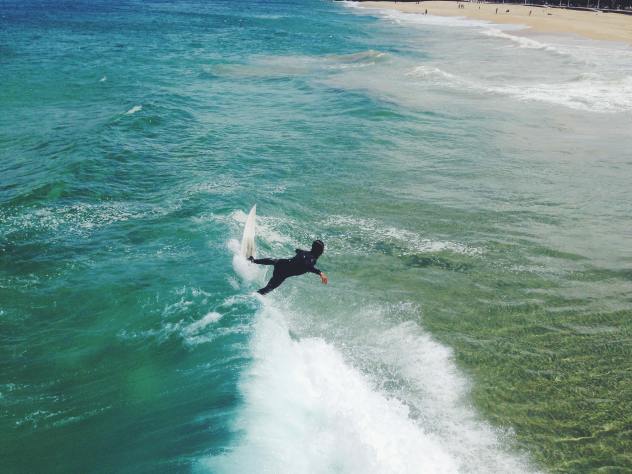 Most surfers will agree that the best time of day to surf is early morning and dusk. The term “dawn patrol” is used to describe surfing before sunrise. Surfers can beat the crowds and squeeze in a session before work, according to Drughi.

Early morning and dusk can also be less windy, which means cleaner waves.

The best time to surf largely depends on each surfer’s level, as well as personal preference and great conditions.

Experienced surfers will prefer bigger and faster waves that will challenge their abilities, such as hollow waves where they can get barreled and catch long rides.

Meanwhile, beginners will be able to learn, practice and be safe in smaller swells. There are some spots that have mellow and fun waves throughout the surf season and other spots that only have small waves during summer months, according to Drughi.

Spots that are protected from large swells are recommended for beginners. Beginners may also want to surf outside of the high season when the waves are smaller.

Some of the best surfing destinations for beginners include Bali, Indonesia; Taghazout, Morocco; Siargao Island, Philippines; and Muizenberg, South Africa.