Although recent studies have shown that microplastics have been found in our bottled and tap water, additional research now reveals that the majority of microplastics in our bodies comes from the air we inhale each day.

Research presented in 2018 by École Nationales des Ponts et Chaussées has found that while microplastics are present outside in open air, concentrations of the pollutant seem to be higher indoors.

“The result is that our homes today contain a mix of plastic objects, from furniture, bags, bottles and toys to synthetic clothing and textiles, not to mention toiletries and cosmetics that often contain tiny microbeads,” Luo said. 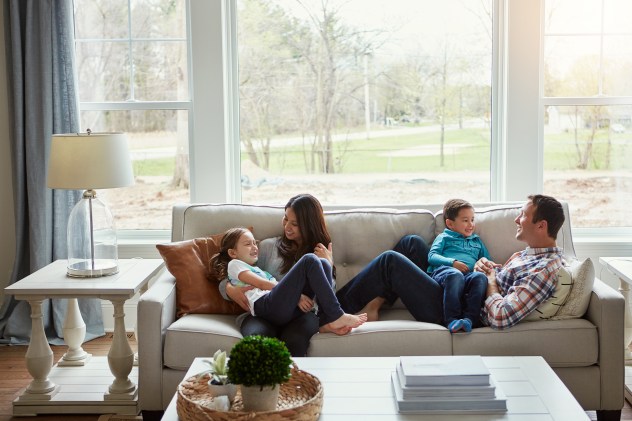 More microplastics are found indoors than outside, according to research. (Photo/gradyreese/Getty Images)

The fragmentation through friction, heat or light of plastic objects found indoors can introduce microplastics into the air inside, according to the World Economic Forum.

Simply showering with a body scrub can flush 100,000 microplastic beads into wastewater then into the air, the United Kingdom’s Environmental Audit Committee reported.

Research shows that most of the microplastics found in the air indoors comes from plastic fibers released from synthetic clothes as well as textiles used in furniture.

Because these microplastic fibers tend to be longer, according to research, they’re more likely to be harmful if a person breathes them in.

How breathing in microplastics harms your health

While the range of health effects resulting from microplastic inhalation are not yet clear, experts believe the threat to human health is high. The size of microplastics, which are small plastic particles that are less than 5 millimeters in diameter, make it easier for them to enter deep into a person’s lungs. They can then induce lesions in the respiratory system, Luo said.

“What makes microplastics particularly harmful is that they act as carriers of other pollutants in the air,” he said. “Due to their size and shape, pollutants from bacteria, viruses or car exhaust easily stick to the microplastic particles and can therefore enter the bloodstream through the lung tissue.”

Luo added that microplastics found in lung tissue also indicate that they are bio-persistent, meaning that the body can’t rid itself of the inhaled plastic particles.

These microplastics can lead to cardiovascular and cerebrovascular diseases, induce cancer and impact the immune and nervous systems, according to Luo.

Babies and toddlers often play on floors and may even chew on plastic toys, according to the World Economic Forum.

It cited research of Tehran’s urban dust, which showed that young kids may swallow as many as 3,200 plastic particles annually.

How to prevent microplastic inhalation

The good news is that it is relatively easy to control indoor air, experts say.

“To avoid microplastics in air, it is best to use a good filter in your HVAC system,” said Clemson University environmental toxicology associate professor Dr. Peter Van den Hurk.

“However, the best way to avoid them is to reduce the source: buy less plastics, use reusable shopping bags and refuse the multitude of plastic bags in the grocery store and don’t use plastic straws,” Van den Hurk said, adding that consumers can also consider purchasing less fleece clothing and opting for natural fibers like cotton, wool and linen.

Air purifiers, like the product Blueair offers, are also effective when placed in rooms where people spend much of their time, according to Luo.

Luo emphasized that good ventilation indoors is paramount, and it’s as easy as opening a window. “According to the Environmental Protection Agency, indoor air is, on average, up to five times more polluted than outdoor air, regardless if you live in the city or in the countryside,” Luo said.