A recent study found that some have moved out of areas prone to scorching summer heat waves and hurricanes. Yet many are also migrating into regions seeing extreme wildfires and worsening drought.

Experts at Climate Central say warmer oceans have led to more tropical systems that rapidly intensify and cause more damage along America’s coastlines.

(CNN) -- People are moving in droves to places with a high risk of climate disasters, researchers say, despite extreme weather events increasing in frequency and intensity in recent years.

A study released Thursday by researchers from the University of Vermont found that over the past decade, Americans have moved out of some areas prone to scorching summer heat waves and hurricanes -- like the Central U.S. and Gulf Coast. Yet many are also migrating into regions afflicted by extreme wildfires, heat and worsening drought, researchers found.

They also saw an exceptional increase in people moving to hurricane-prone Florida, a growing trend in recent decades.

"What I was quite surprised by is that a lot of these climate risks are not yet affecting people's decision about where to move," Mahalia Clark, lead author of the study and graduate fellow at the University of Vermont Gund Institute for Environment, told CNN. "It might be that (disasters) haven't had as much time to start making their way into people's minds to really affect them in terms of choices."

Researchers found an alarming upward trend of people flocking to the wildfire-prone and drought-stricken West, where states are facing unprecedented water shortages. The study's data shows an uptick in people moving to southern Nevada and parts of Arizona, both of which are struggling with dwindling groundwater and the Colorado River water crisis.

But Americans aren't factoring those risks into their decision to move, researchers showed. The study highlighted other aspects such as mountains, beautiful scenery, lakes or ocean and outdoor recreation as key influences in the decision to move to the West. 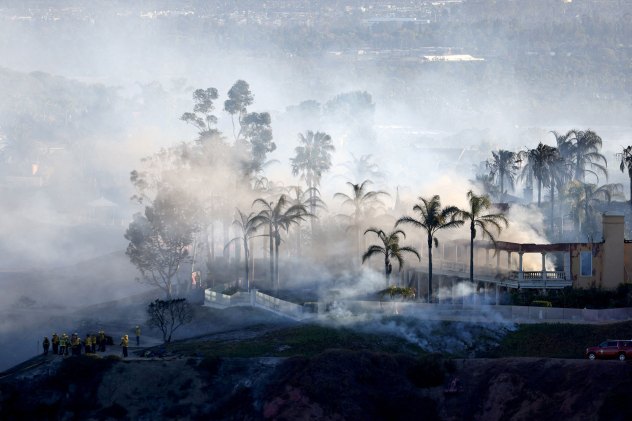 Smoke from a fast-moving, wind-driven wildfire rises above a residential area in Laguna Niguel, California, in May. (Mike Blake/Reuters)

"Decisions about migration is this very complex personal decision, where people weigh factors about job opportunities, where the family lives, and potentially also some environmental factors like a pleasant climate, nice weather, beautiful scenery, or potentially some risk factors," Clark said.

They are also migrating into major cities like Nashville, Charlotte, DC and Atlanta as well as suburbs in the Pacific Northwest, where urban development is increasing along with climate risks.

Meanwhile, people are moving away from areas across much of the Great Plains, the Midwest, along the Mississippi River, as well as over large portions of New York State and West Virginia -- regions where flooding is common.

And while Americans are less attracted to some areas where hurricanes are frequent -- mostly along the Eastern Seaboard -- coastal areas that are at high risk to the most destructive storms, like the coasts of Florida and Texas, remain key migration hot spots.

Clark said that's because many people -- particularly retirees in Florida -- are attracted to the warm climate, beaches and other quality-of-life factors that outweigh the seemingly remote risk of a life-threatening hurricane.

Still, she said, when people choose between counties with similar population density and features within the state, they're likely to opt for the county with lower hurricane risk. 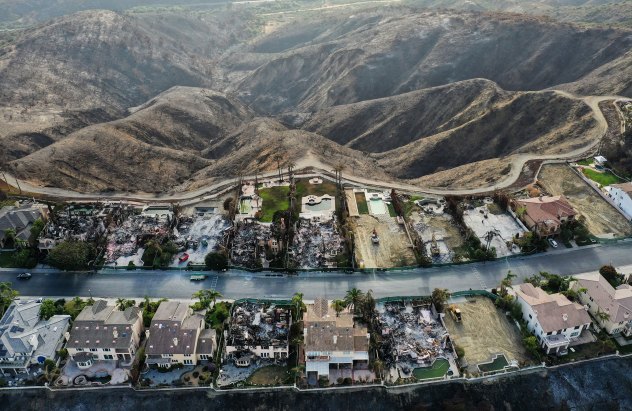 Some of the 20 hillside homes destroyed by the Coastal Fire this summer in Laguna Niguel, California. (Mario Tama/Getty Images)

The findings reflect a 2021 report by real estate company Redfin that found Americans are moving to places with high climate hazards such as heat, drought, fire and floods. And in some of these places, home prices are even increasing as demand surges.

Thursday's study "suggests that many people may be in for an unpleasant surprise when they move to a new part of the country and don't realize that the hazards in their environment have also changed dramatically," Jennifer Marlon, a climate scientist at the Yale School of Environment, who is not involved with the study, told CNN.

"I'm not surprised that wildfires and smoke don't weigh heavily in people's decisions to move because these events are often localized and are still relatively infrequent, even if they are becoming more common and more dangerous," she added.

Researchers gathered data on migration from the US Census Bureau, natural hazard frequencies from the Federal Emergency Management Agency, as well as forest cover data from the National Land Cover Database to consider several different factors that might affect people's decisions.

But Marlon points to existing gaps in some of this data that might impact the linkage the authors are trying to make. For instance, the FEMA heat wave data that the researchers use show large parts of the country, particularly in the Rocky Mountains, with missing heat ratings.

"(The authors) say mountainous areas tend to not have heat waves, but the missing (FEMA) data spans more than just mountainous counties," she said. "It can be difficult to measure weather and climate hazards that vary so much over space and time."

Researchers say they plan to delve more into this space to further understand how Americans are migrating within the country and what influences their decisions. For now, they say, city planners and policymakers need to find ways to stop adding new developments in climate-vulnerable places to protect the people that are moving in.

If they don't, the socioeconomic toll will only worsen as climate change advances.

"Moving more folks into high-risk areas is going to prove exceedingly costly," Marlon said. "The question just becomes a matter of who is going to pay for the damages."