Jay Withey, who became known as "Merry Christmas, Jay," broke through the window of a school to help bring people to shelter there on Christmas Eve, leaving a note explaining to the school why broke in, ESPN reported. 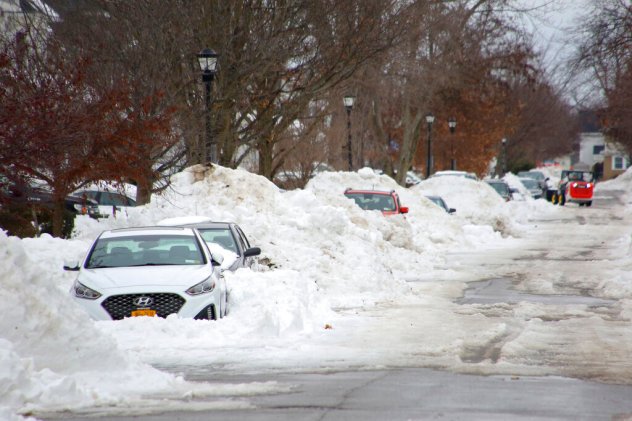 "To whom it may concern," Withey wrote in the letter, "I'm terribly sorry about breaking the school window and for breaking in the kitchen. Got stuck at 8 p.m. Friday and slept in my truck with two strangers just trying not to die. There were seven elderly people also stuck and out of fuel. I had to do it to save everyone and get them shelter and food and a bathroom. Merry Christmas."

On Friday, Thomas and his wife Patti gifted Withey with two tickets to Super Bowl LVII.

He rescued 24 people from their cars during the Buffalo blizzard and sheltered them in a nearby school.@ThurmanThomas, @PThomas3434, and @BCBSWNY thanked Jay Withey for his acts of heroism with two tickets to Super Bowl LVII! ❤️💙 pic.twitter.com/ftHmXcRkzZ

"It's very humbling to be rewarded the way I've been rewarded, and whether it's just a gift or people telling me good job it's just very surreal very humbling," Withey told WKBW-TV.

"And I never would have imagined that I would get Super Bowl tickets. So my brain was literally melting trying to comprehend what was going on in that exact moment. It's a once in a lifetime opportunity once in a lifetime thing," he said.

Caretakers scramble to protect animals amid storms in Calif.

At least 9 dead after tornadoes rip across the South