How renters can prepare for hurricanes when landlords won't help

When it comes to preparing for severe weather such as a tropical storm or major hurricane, renters might automatically assume that it’s up to the landlord to help protect their homes.

However, that may not be the case. Florida, which is no stranger to tropical storms, has no law that explicitly requires landlords to protect their rental properties or tenants from hurricanes.

It may be up to the tenant to decide what to do to protect their personal belongings and keep their families safe.

"There may be some cases where there is a gray area where leases don’t specifically address who’s responsible for storm preparation,” said Ashleigh Cloud Trent, insurance advisor with Dallas-based Swingle Collins and Associates. 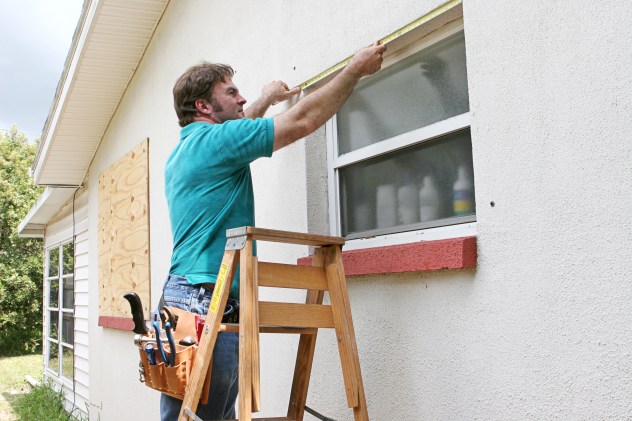 It's in a landlord's own self-interest to preserve the property and safeguard their rent-paying tenant, experts say.

Apartment dwellers make up 13 percent of Florida’s population, 7.8 percent of South Carolina’s residents and 7 percent of Louisiana’s, according to the National Multifamily Housing Council.

The landlord’s responsibilities are determined by their lease and state law, according to Daniel Watts, a California-based real estate lawyer.

“Almost every state requires a landlord to provide a habitable residence for the tenant and nearly every lease will include a similar clause,” Watts said.

“The problem is that before a hurricane strikes, the house is still inhabitable,” he said. “It's only after the hurricane hits that the [residence] becomes uninhabitable and the landlord's duty to repair is triggered.”

In many cases, in addition to not providing storm shutters for tenants, landlords will also prohibit tenants from installing shutters themselves or through a contractor.

Before Hurricane Irma impacted Florida, some residents complained about the lack of assistance from landlords, some of whom would not allow residents to use generators or install shutters over their windows.

“To be truthful, [it’s] probably for good reason, because you wouldn’t want to have individual tenants having contractors work on the outsides of buildings on a piecemeal basis,” said Steven Barshov, principal of New York City-based environmental law firm Sive, Paget and Riesel.

Experts recommend that tenants openly communicate with a landlord about disaster preparedness plans before signing a lease, especially when living in areas prone to severe weather or natural disasters. A written agreement is stronger than a verbal one, according to experts.

“That way, a landlord's inaction won't come as a surprise, and if it does, the tenant has some legal recourse for later events,” said Emily Long, a home safety expert with SafeWise.

Given what many communities have endured in the 2017 Atlantic hurricane season thus far, these types of discussions will hopefully become more commonplace, Long said.

“Tenants could reasonably make a case that storm protection is part of a landlord's obligation to provide maintenance and safety of major structures as laid out in a lease,” she added.

Purchasing renter’s insurance before a storm is a relatively small investment that will help cover a tenant’s personal belongings, which are not covered by a landlord’s property insurance and supplemental damage policies, Long said.

Whether being assisted by landlords or not, renters are still advised to take steps to protect their families and personal belongings, including creating 72-hour emergency preparedness kits and making copies of all important documents.

There may also be cases where the landlord allows tenants to protect windows with shutters or plywood.

“Your landlord may not take steps him- or herself, but may be okay if tenants do the heavy lifting,” said Long.

“This forgiveness versus permission issue is a fine line to walk and must be handled on a case-by-case basis,” she added.