During natural disasters, it’s not uncommon to see good Samaritans springing into action to help those in need. Fortunately for these volunteers, there are laws in every state, including Washington, D.C., to help protect them from legal repercussions in case things go wrong while assisting others during emergencies.

Their purpose is to reduce the unwillingness of individuals to render aid or assistance out of fear of being sued if accidental harm occurs, according to Matt C. Pinsker, an adjunct professor of homeland security and criminal justice at Virginia Commonwealth University.

How do good Samaritan laws work?

“Good Samaritan laws apply to ordinary people just trying to help out,” Pinsker said. “The exception to this is in cases of gross negligence or willful harm.” 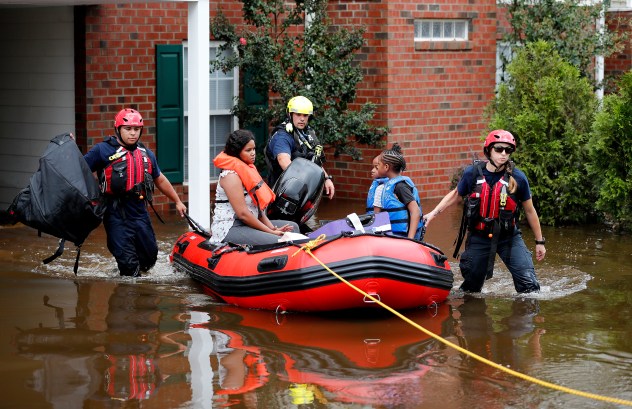 These laws typically vary from state to state. In Florida, for example, it’s known as the Good Samaritan Act, according to Chelsie M. Lamie, a Clearwater-based personal injury trial lawyer.

It essentially means that if you help someone in a reasonable manner and with their permission, they can't sue if you hurt them or exacerbate their injuries while rendering emergency aid, she said.

An example scenario in which a court might hold the good Samaritan immunized from liability would be witnessing a car crash on a set of train tracks, said Lamie.

“The cars are smoking and leaking fuel when the train crossing arms start to blink, alarm and come down,” she said. “Any reasonable person could assume that a train is coming and that unconscious people in a smoking, crashed car on train tracks would want to be removed from the car and dragged away to safety.”

If a person helps in this scenario and, in the process, paralyzes one of the victims, the volunteer would most likely be protected from civil liability, according to Lamie.

In contrast, a person might be held liable in this scenario.

“You witness a car crash on a country road in the daytime, and the woman behind the wheel is conscious and there's no smoke or leaking gas,” Lamie said. “You decide to attempt to remove the woman from her seat, even though she has asked you to stop, and in the process, she's paralyzed.”

In this case, according to Lamie, the victim objected to the rescuer’s actions, and most reasonable people would likely have just called 911 without physically assisting the woman, as she appeared to be in no immediate danger.

Vetting false stories, photos on social media during a natural disaster
Experts explain which foods you should stockpile before dealing with a natural disaster
Understanding different types of floods and the dangers they pose
Why you should never mute emergency alert notifications on your phone

Who is considered a good Samaritan?

Lamie explained that a good Samaritan is defined, particularly based upon medical licensure, differently in each jurisdiction. She noted that in some jurisdictions, these laws only protect those who have completed basic first aid training or are certified by organizations like the American Red Cross.

“In other jurisdictions, they protect anyone who renders aid without the victim's objection, so long as they do so in response to an emergency and in a reasonable matter,” Lamie said.

In some states including Florida, certain classes of people, like the police, have a legal duty to help injured people who aren’t in police custody during an emergency, regardless of whether the officer is on or off duty. “Florida's good Samaritan law doesn't apply to officers in such a capacity,” Lamie added.

Why are good Samaritan laws important?

Without these laws, the person offering assistance would be subject to the jurisdiction's negligence laws, which hold people responsible for failing to act in a reasonable manner. This can include making a mistake or, in the case of a medical professional, providing care below the standard normally required by medical providers, according to Thomas J. Simeone, a trial attorney and managing partner at Simeone and Miller.

“This can be a problem because in a disaster or at an accident scene, someone who wants to help may not be able to provide ideal assistance or care and may be working under dire circumstances, which makes a mistake more likely," Simeone said. "Thus, they'd be exposed to high risk of legal liability."

Helping save lives during a natural disaster is key to reducing the number of disaster-related deaths, and it’s also morally the right thing to do, according to Lamie.

“Preserving the health, safety and welfare of those in your community should be your top priority during and immediately after a disaster, and good Samaritan laws are an excellent way to do just that,” she said.