WBTV confirmed the loss of its meteorologist Jason Myers and pilot Chip Tayag after the station's helicopter crashed off of Interstate 77 at around noon. No vehicles were involved in the crash. 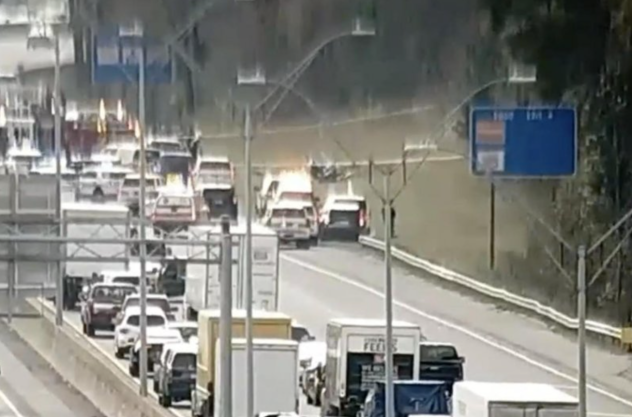 WBTV confirmed the loss of its meteorologist Jason Myers and pilot Chip Tayag after the station's helicopter crashed off of Interstate 77 at around noon. No vehicles were involved in the crash.

"The WBTV family is grieving a terrible loss. Our news helicopter Sky3 crashed mid-day Tuesday with two of our colleagues on board," WBTV said in a statement. "We are working to comfort their families in this difficult time. We appreciate the outpouring of support for our staff and your continued prayers for their families."

"The WBTV family is grieving a terrible loss." https://t.co/36DdB1KxoH

Authorities have no information as to what caused the crash. The National Transportation Safety Board and the Federal Aviation Administration are investigating.

Tayag had 20 years' experience as a pilot and had flown the WBTV helicopter for more than 2,000 hours during his five years with the station, with an accumulated 3,700 total flight hours.

"We always said that if we could duplicate Chip and his piloting skills, his organizational abilities and attention to detail, our company would be better off. He always cared about the job he was doing and strived to make all of his passengers comfortable while covering the news in Charlotte," the station said.

Myers, the meteorologist, had been with WBTV since 2019 and leaves behind his wife and four children.

After the crash, Charlotte Police held a news briefing where the police chief said the helicopter pilot may have diverted at the last minute to avoid hitting traffic.

"If that is truly the case then that pilot is a hero in my eyes to make sure that the safety and security of those that were driving on the road were not in jeopardy," Charlotte Mecklenburg Police Chief Johnny Jennings said.

"Tragically, there are two people who will not be going home and spending the holidays with their loved ones," Jennings said. "I ask that we pray for the families."

A witness to the crash told WCNC he could tell the pilot knew he was in trouble.

"He circled looking for a place to put that down. And on the second circle, I don't think he had any choice, it was going down, and he got it just off the highway and avoided it," the unidentified witness said. "That could've injured a lot of people. It's a tragic thing, but in that sense, he did a marvelous job."