Ghostly happenings give people a chill 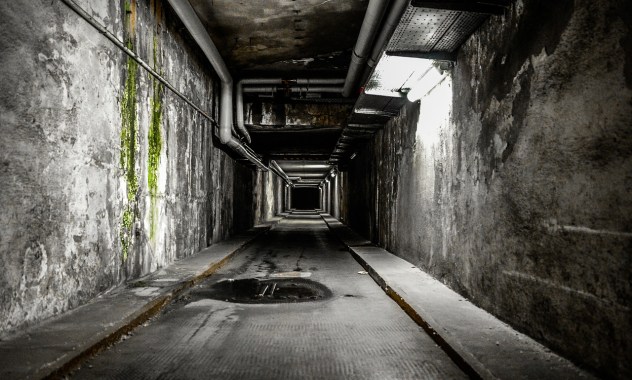 Witnessing a wraith dancing in the shadows of a creaky, old house might not be the only reason for the chill people report during active hauntings, according to paranormal researchers.

Cold spots and measurable temperature drops are common in alleged haunted locations, according to Mark Keyes, director of the Pennsylvania Paranormal Association.

“We’ve had temperature drops of up to 10 degrees that manifest within seconds,” Keyes said.

“We’ve had team members actually put their hand in cold spots and their hand felt like it was burning, it was so cold.”

Keyes, a retired state police detective, has had an interest in the paranormal since he was young.

After other law enforcement officials expressed similar interests, Keyes founded the group to further investigate claims of the paranormal such as hauntings.

“We had several other state troopers and two FBI agents that wanted to be a part of a group as well,” he added.

“They knew my credibility, they know I was very objectively looking at this; they found it fascinating. Some were skeptics, but they wanted to look into this as well.”

The Pennsylvania Paranormal Association team members use multiple pieces of equipment to take measurements at the locations they work in.

This includes measuring temperature and the use of thermal imaging cameras to conduct their investigations.

“We have air ion counters, thermometers and thermal cameras, just a lot of equipment we use to monitor an environment inside a house, listen for any sounds, or hopefully visually we’ll pick something up on our DVR cameras,” he said.

Due to the frequency of cold spots and other environmental disturbances reported during hauntings, paranormal researchers use modern technologies to get a baseline measurement of a location’s environment and try to document any sudden changes during their investigation.

“The cases we work on are cases where people are uncomfortable with the activity,” he said. “They want the activity stopped.”

As the team begins to survey the location of a reported haunting, they have a psychic medium do a walkthrough of the home, Keyes said, adding she is provided with no information prior to the investigation.

“Typical reports will be people seeing shadows or actual figures going through their house, the sound of footsteps, people actually hear voices, whether they’re speaking, sometimes there’s music,” he added.

As the investigation begins, Keyes and his team will set up equipment, and prepare to document as much as they can during their time in the haunted location.

“Our team will then start setting up a lot of monitoring equipment such as stationary closed circuit TV cameras. He added, "those are infrared, so if we’re working in the dark we can see anything happening in the room.”

Another useful tool the team employs is audio recording equipment.

“We put up a lot of audio equipment,” he said. “Generally, we have about 12 to 14 voice recorders inside and several outside of a residence or building while we’re investigating too.”

Air ion counters are used to examine if there are any positive or negatively charged ions in the air inside the home, according to Keyes.

Air ion counters can be useful for detecting movement in the air, or disturbances in the area.

“Something is causing the particles to get charged positively or negatively and that has to be some type of movement through the air,” he said.

For temperature, thermometers are employed along with thermal imaging equipment that gives the investigators an opportunity to detect differences in heat.

“That’s something we can use to check for maybe cold spots or hot spots on objects,” Keyes said, adding that it is not something that will take ambient air temperatures into account.

“However, if we have a client that reports that someone sits in a rocking chair and they’ll actually see the chair moving, and we experience that, we can use our thermal imaging camera to see if there’s a heat difference in the image of a person sitting in a chair perhaps,” Keyes said.

In general, when the team arrives at a location, they use their thermal imaging cameras as well as several variations of thermometers to assess a room, record the average temperature and then use that to search for any changes.

“Generally, we’ll do a baseline sweep of a room, get the average temperature, but we’re looking for extreme cold areas, something that we can noticeably feel in the room,” Keyes said.

One theory as to why spirits manifesting causes a temperature drop is due to the need for energy in order to manifest physically, he added.

“If a spirit is trying to manifest, that is become physically visible, it will pull energy out of the environment to do that,” according to Keyes.

“Heat is energy, that’s one type of energy. So as a ghost is manifesting, it’s thought that heat is being pulled out.”

Temperature drops and cold spots are measurable through the use of the equipment the team employs, providing evidence of the strange and unusual reports they receive from a client.

Another theory regarding the manifestation of spirits is dimensional gateways creating differences in air pressure, Keyes added.

“A different frequency, which when you get a difference in air pressure, it may cause a temperature disruption where we’re at, you might get a cold spot.”

According to Keyes, a lot of mediums talk about seeing vortexes or portals that are spinning.

“This might be an artifact of something trying to come through where you get particles in our physical environment starting to spin, causing some breezes, or a drop in temperature,” he added.