The 38-year-old former running back was found dead at a Texas apartment in early June. On Monday, a medical examiner's report shed some light on the circumstances surrounding the untimely fatality.

Your body is sensitive to temperature change and extreme heat can make you very sick. Here are some heat-related illnesses to watch out for.

Marion Barber III, a former running back for the Dallas Cowboys and Chicago Bears, died of heat stroke, police said on Monday, weeks after the retired football star was found dead in his Texas apartment.

According to a statement obtained by The Associated Press, police officers in the Dallas suburb of Frisco said the Collin County medical examiner ruled Barber's death an accident. The police spokesperson provided no further details on the circumstances of Barber's death.

The 38 year old was found unresponsive on June 1 when the police were called to do a welfare check after residents reported water leaking from his unit, USA Today reported. The apartment staff could not contact Barber, and his unit was locked from the inside. Police noted there was no obvious sign of foul play at the time.

According to the Fort Worth Star-Telegram, the autopsy stated that the apartment's heating unit was set to "on," and the thermostat was set to 91 degrees Fahrenheit. The bathtub faucet in Barber's apartment was also running, and there was workout equipment found in his apartment. 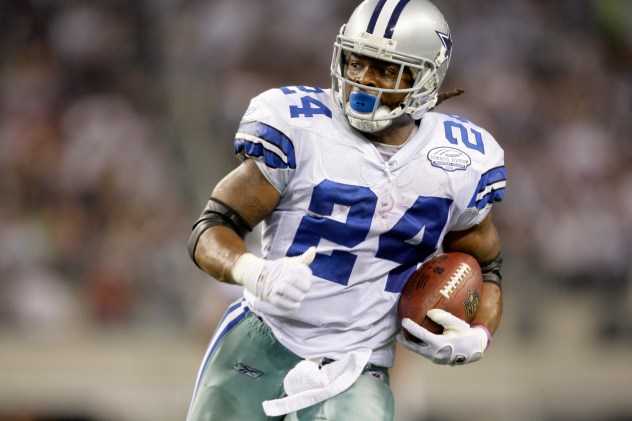 Dallas Cowboys running back Marion Barber III carries during the team's NFL football game against the New York Giants on Sept. 20, 2009, in Arlington, Texas. Barber, who scored plenty of touchdowns without recording a 1,000-yard season, has died, the team said Wednesday, June 1, 2022. He was 38. Barber played a final season with Chicago in 2011 after spending his first six years with the Cowboys. (AP Photo/Donna McWilliam, File)

"Mr. Barber was known to exercise in saunalike conditions," the coroner wrote in the report.

Authorities noted in the police report that Barber's family had not heard from him for six days before the date his body was found, and he had a "history of medical problems and mental health concerns," USA Today reported.

Barber's father, Marion II, told the Fort Worth Star-Telegram in June that his son's body was found decomposed in the bathroom of his apartment and may have been there for several days with the water running.

"We are heartbroken by the tragic death of Marion Barber III," the Dallas Cowboys, whose headquarters are in Frisco, Texas, wrote in a statement on Twitter in June. "Our hearts go out to Marion's family and friends during this difficult time."

Barber was a fourth-round draft pick by Dallas in 2005 and spent six seasons with the Cowboys, the AP reported. Barber was selected for the Pro Bowl in 2007 and played his final season in the NFL with the Chicago Bears in 2011.

According to the Centers for Disease Control and Prevention (CDC), heat-related deaths are one of the most common weather-related health outcomes in the United States. On average, more than 600 people die from complications related to extreme heat each year in the United States, which is more than any other weather factor combined. 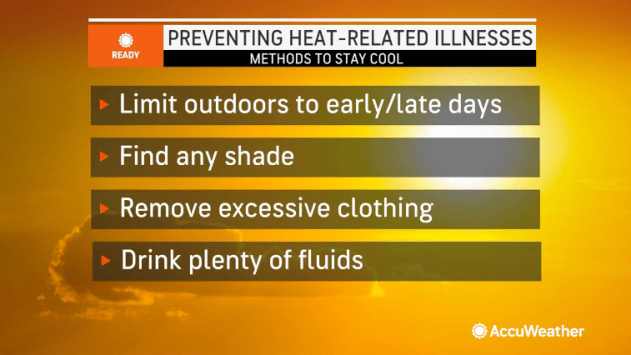 Understanding and identifying the warning signs of heat exhaustion and heatstroke is vital in preventing heat-related deaths.