The USS Johnston, a U.S. Navy destroyer sunk during World War II, was reached by a crewed submersible in the world's deepest shipwreck dive. The wreck sits at almost 4 miles below the surface.

An expedition by undersea technology company Caladan Oceanic found the wreck of the Fletcher-class destroyer USS Johnston this week below 21,180 feet or 4 miles of water east of Samar Island in the Philippine Sea, the company said in a news release. According to Caladan Oceanic, the underwater operation was the deepest shipwreck dive ever carried out.

The Johnston sank on Oct. 25, 1944, during the Battle off Samar. According to Stripes.com, it was "the central scene of action in the Battle of Leyte Gulf, one of the biggest naval battles ever fought in the attempt to liberate the Philippines from the Imperial Japanese."

The Philippines was first attacked by Japanese forces nine hours after the attack on Pearl Harbor on Dec. 8, 1941. Although the Philippines had a semi-independent government at the time, the United States controlled the island nation and operated several important military bases there. 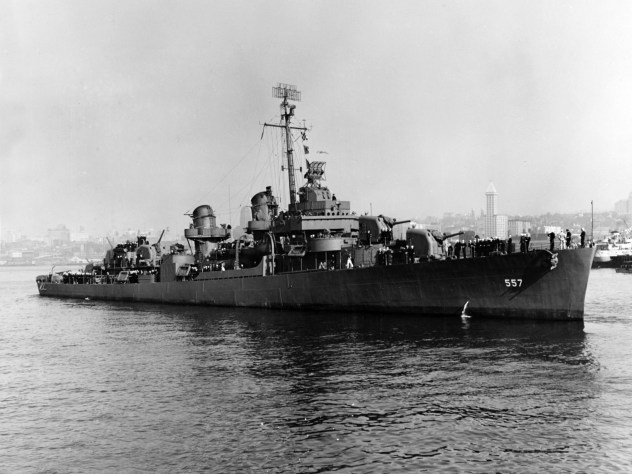 The USS Johnston was led by Cmdr. Ernest Evans, a Native American from Oklahoma. Of the 327 crew members, he was among the 186 sailors to perish when the vessel went down. According to the U.S. Navy, Evans was severely wounded during the battle, but despite his injuries pressed sailors to continue attacking. He eventually was killed and, according to Navy historians, his body vanished in the chaos of the battle.

Evans subsequently became the first Native American in the Navy to be awarded the Medal of Honor. 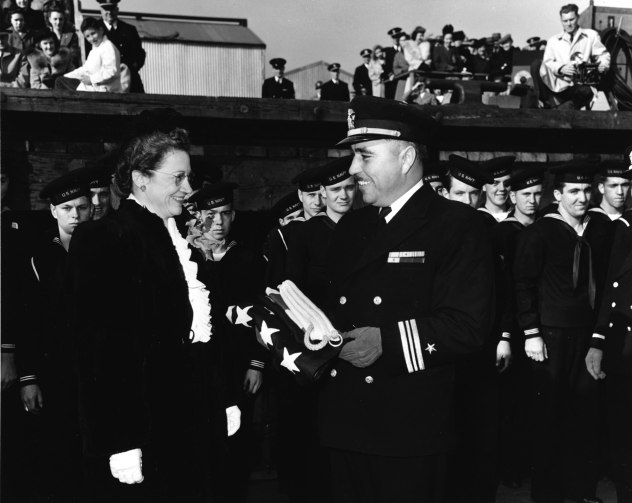 Retired Navy Cmdr. Victor Vescovo funded the search for the Johnston and personally piloted Limiting Factor, a deep submergence vehicle, to the wreck site during two separate eight-hour dives that Caladan said “constituted the deepest wreck dives, manned or unmanned, in history.” The vehicle has no operating-depth limitation, does not require a surface tether and can hold two occupants.

Just completed the deepest wreck dive in history, to find the main wreckage of the destroyer USS Johnston. We located the front 2/3 of the ship, upright and intact, at a depth of 6456 meters. Three of us across two dives surveyed the vessel and gave respects to her brave crew. pic.twitter.com/N1AuzHIi0b

"It was an honor and privilege to be the first people to directly lay eyes on her since she went down 76 years ago. At 6,000+ meters, there is little oxygen, so things don't deteriorate like they do in shallower waters." Vescovo said on Twitter.

Water temperature also plays a significant role in the decay rate of a shipwreck. According to Study.com, "higher temperature water means the water molecules have higher kinetic energy, which is the energy of motion."

Higher water temperatures mean that more molecular energy is foisted upon the shipwreck, accelerating the rate of decay. But as the water gets deeper, kinetic energy is inhibited.

"From the surface to around 10 meters down, the water temperature stays roughly constant," Study.com points out. "Temperature decreases rapidly for the next 5 meters, and then stays roughly consistent to depths greater than 50 meters," or about 150 feet. "This tells us the deeper the wreck, the slower it decays based on the temperature factor alone."

Since the USS Johnston wreck sits so deep in the ocean, lower water temperatures likely played a role in keeping it from decaying more than it has over the past 76 years.

It's been so wonderful to share the story of the USS Johnston with so many people. Her crew and Captain, Ernest Evans - the first Native American in the Navy to be awarded the Medal of Honor, were extraordinarily heroic. Here's video from the dive and the bridge they fought from. pic.twitter.com/rAfEh78VJv

Vescovo has held ongoing discussions with Navy Heritage and History Command (NHHC) about investigation of the wreck and the protocols for not only preserving it but respecting it as the final resting place for many of its crew.

Rear Admiral Samuel Cox, director of Naval History and curator for the Navy said in a statement, "I deeply appreciate that Commander Vescovo and his team exhibited such great care and respect during the survey of the ship, the last resting place of her valiant crew. Three other heroic ships lost in that desperate battle have yet to be found."

City’s secret weapon against flooding is deep underground 45 years later, remembering the Edmund Fitzgerald wreck Gulf Stream System weaker than it has ever been in the past 1,000 years