Can a cruise ship feel the impacts of tsunamis, earthquakes?

Experts say that whether an earthquake-triggered tsunami affects a cruise ship depends largely on where the ship is located.

For passengers at sea, the thought of being trapped on a cruise ship as an earthquake or tsunami shakes the massive body of water surrounding them is undoubtedly a frightening one.

What’s the likelihood that these natural phenomena will pose any significant threats to travelers aboard a ship?

While it’s possible that a ship can feel the impacts of an earthquake, it’s extremely rare that damage would occur, according to Dr. Thomas Heaton, seismologist and professor of geophysics and civil engineering at the California Institute of Technology.

“Ships at sea do feel earthquakes, and if you’re directly above an earthquake, they make a lot of noise,” Heaton said.

“It’s been reported that sailors think they’ve run aground and usually try to figure out what it is that they’ve struck, but it’s really an earthquake,” Heaton added. 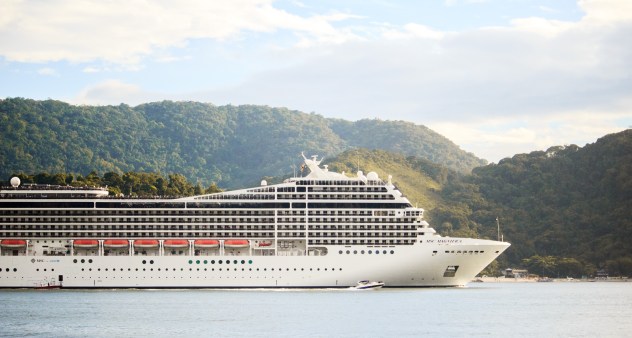 Although damage from an earthquake is uncommon, it has happened in the past, Heaton said.

Earthquakes are known to trigger tsunamis, posing another potential hazard to passengers at sea.

However, whether a cruise ship is in any danger largely depends on its location.

Experts agree that a cruise ship sailing out over a body of water is not likely to feel any impacts from a tsunami’s waves.

“Generally, if you’re in deep ocean, there’s no way that you can perceive a tsunami from a ship,” Heaton said.

The wavelength of a tsunami at sea travels quickly at hundreds of miles per hour, and will likely be tens of kilometers long, said Dr. Scott Miller, research associate at the State University of New York at Albany’s Atmospheric Sciences Research Center.

The Ring of Fire: A guide to Earth’s most powerful geological forces Mysterious ‘skyquakes’ continue across the world with few answers to their origins

The greatest threat arises as the tsunami wave begins to reach shallow water, according to experts.

As the tsunami wave then reduces speed, it becomes shorter as it rises to dangerous heights to conserve the wave’s energy, according to Miller.

“If you’re close to the coastline in shallow water, a tsunami can really toss ships around,” Heaton said.

Cruise ships closer to land or at port would face an immense threat from the tsunami’s tall, high-energy and potentially devastating wave.