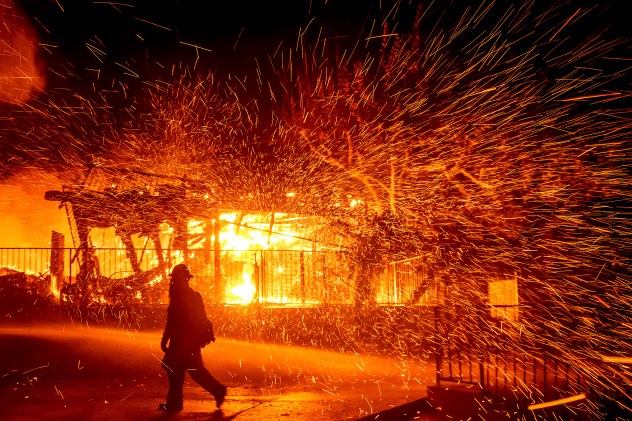 Numerous fires blazed in parts of Northern and Southern California heading into the weekend. Wildfires have ravaged more than 260,000 acres in the state as of Nov. 1, which is much less than the 1.8 million acres burned last year and the 1.3 million burned in 2017. AccuWeather forecasters believe that nearly half a million acres in California could be scorched in total in 2019.

AccuWeather now estimates the total damage and economic loss caused by the California wildfires in 2019 will be $80 billion, according to AccuWeather Founder and CEO Dr. Joel N. Myers, based on an analysis incorporating independent methods to evaluate all direct and indirect impacts of the fires based on a variety of sources.

“This estimate, which includes both insured and uninsured losses and the impact on the U.S. economy, is far less than our estimate for the 2018 wildfire season,” Myers said. “Power outages are more of a factor this year. That will result in a significant cost per customer during the duration of the blackouts throughout the state.” 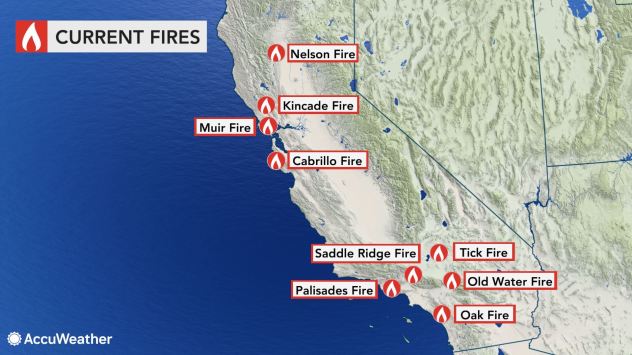 AccuWeather’s estimate includes damage to homes and businesses as well as their contents and cars, job and wage losses, farm and crop losses, infrastructure damage, auxiliary business losses, school closures and the costs of power outages to businesses and individuals.

The estimate also accounts for economic losses because of highway closures, evacuations and increased insurance premiums throughout the state, firefighting costs, flight cancellations and delays and the current and long-term residual health effects on those impacted by dirty air. The Centers for Disease Control and Prevention says the people greatest at risk from wildfires “include people who have heart or lung diseases.”

AccuWeather estimates the total damage and economic loss caused by wildfires cost California $400 billion in 2018 and $85 billion in 2017.

AccuWeather long-range expert forecasters expect much-needed rain will arrive in the state in mid- to late November. That is expected to be followed by an active storm track that will produce near- to above-normal rainfall throughout California, which should help to conclude California’s fire season by mid-December.