Boeing 737 crashes into Java Sea near Indonesia amid thunderstorms

Experts reported a “lightning drought” for much of the United States in 2020, but lightning strikes still caused major problems in the West.

Minutes after taking off from Soekarno-Hatta International Airport near Jakarta, Indonesia, a Boeing 737-500 plane came crashing down into the Java Sea on Saturday, according to government spokesman Adita Irawati.

The plane dove into the sea from an elevation of 10,000 feet approximately 4 minutes into the flight, according to the flight tracker website FlightRadar24. The exact cause of the crash is still under investigation, however, heavy rains at the time of the crash have been reported. 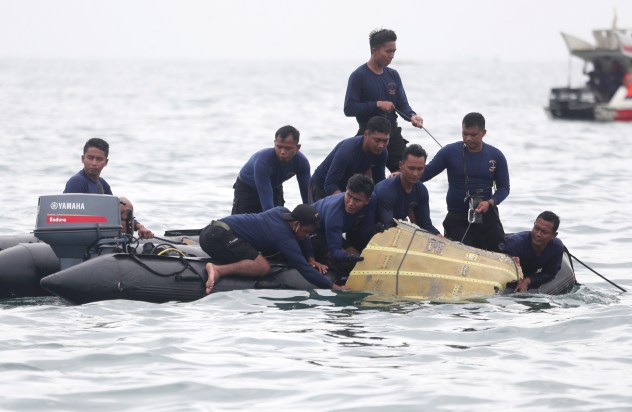 Indonesian Navy divers pull out a part of an airplane out of the water during a search operation for the Sriwijaya Air passenger jet that crashed into the sea near Jakarta, Indonesia, Sunday, Jan. 10, 2021. Indonesian divers on Sunday located parts of the wreckage of the Boeing 737-500 in the Java Sea, a day after the aircraft with dozens of people onboard crashed shortly after takeoff from Jakarta. (AP Photo/Achmad Ibrahim)

Reports say 50 passengers and 12 crew members were on board the plane at the time of the crash. Seven of the passengers were children.

The plane was en route to Pontianak, the provincial capital of West Kalimantan. 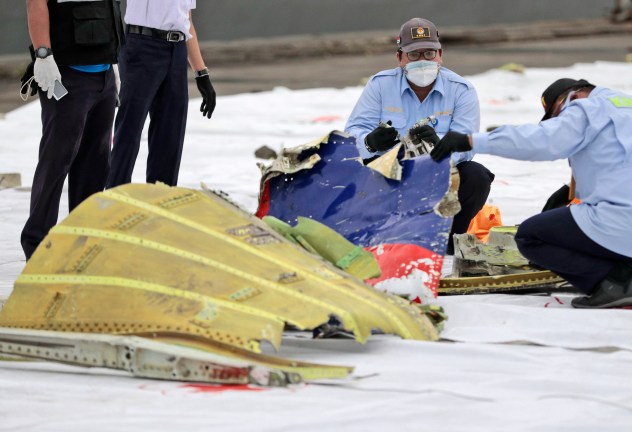 Investigators of Indonesian National Transportation Safety Committee inspect parts of Sriwijaya Air SJ-182 recovered from the waters off Java Island where it crashed on Saturday, at Tanjung Priok Port in Jakarta, Indonesia, Sunday, Jan. 10, 2021. Indonesian rescuers pulled out body parts, pieces of clothing and scraps of metal from the Java Sea early Sunday morning, a day after a Boeing 737-500 with dozens of people onboard crashed shortly after takeoff from Jakarta, officials said.(AP Photo/Dita Alangkara)

"Rain and thunderstorms were reported at Jakarta's Soekarno-Hatta International Airport from midday on Saturday until around 5 p.m., local time. Skies were mostly cloudy with a ceiling hovering around 1,400 feet (425 meters)," AccuWeather Meteorologist Adam Douty stated. 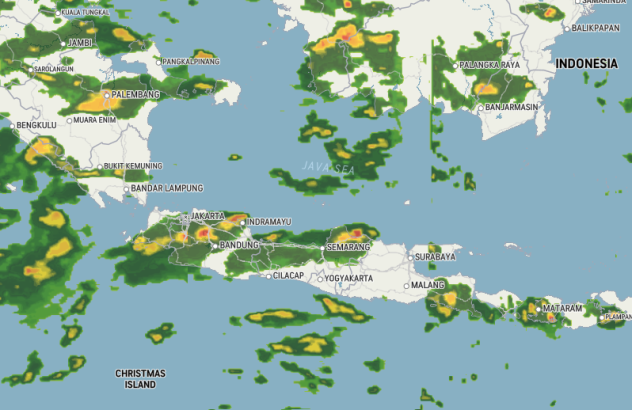 Radar imagery near Jakarta, Indonesia Saturday afternoon showed showers and thunderstorms in the vicinity of the plane crash (AccuWeather).

Capt. Eko Suryo Hadi Prayitno of the Indonesian Sea and Coast Guard  told CNN that they found an emergency exit slide that is believed to be from the plane, but it has not been confirmed. According to Eko, they experienced heavy rain and winds in the search area, and they had to use night vision and radar.

On Sunday, rescuers searching for the wreckage in the ocean located the plane's black box flight recorder and obtained communications data.

Commander Fajar Rohadi, Spokesperson of First Fleet of Indonesian Navy, told CNN that the navy had yet to retrieve the fuselage structure, but had retrieved human body parts and pieces of the plane.

20,000-year-old remnant uncovered in melting permafrost
Unusual drought in 2020 shocks AccuWeather meteorologist: ‘I was a little surprised’
Man returns home for the holidays after EF4 tornado

Through much of the week, scattered showers and thunderstorms are expected to continue, which may lead to cleanup, recovery and investigation issues.