A summer filled with intense heat is predicted across parts of Europe, while severe weather will be a concern for others.

Lengthy dry spells will lead to drought concerns and threaten agriculture as rain will be in short supply for much of the continent throughout the summer months. 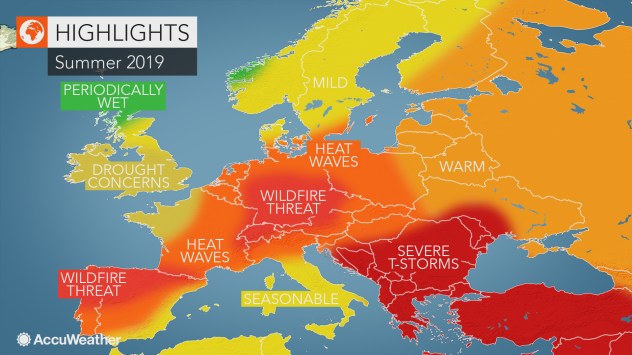 The biggest story of the summer is likely to be the long-duration heat waves that will grip areas from Portugal and Spain to Poland and Hungary.

The heat will begin in June across the Iberian Peninsula before spreading north and eastward throughout the summer months.

The heat will be more persistent than during last summer, when record temperatures were recorded in parts of Portugal, Belgium, the Netherlands, Germany and Scandinavia, but generally lasted for only a week or so at a time.

Even when the most intense heat waves wane, it will be brief and temperatures will remain near or above normal before returning to dangerous levels once again.

High temperatures in excess of 38 C (100 F) will be possible from northern France, Belgium and Netherlands into Poland, Slovakia and Hungary.

The hottest locations throughout Portugal and Spain will see multi-day heat waves with temperatures peaking at or above 43 C (110 F). 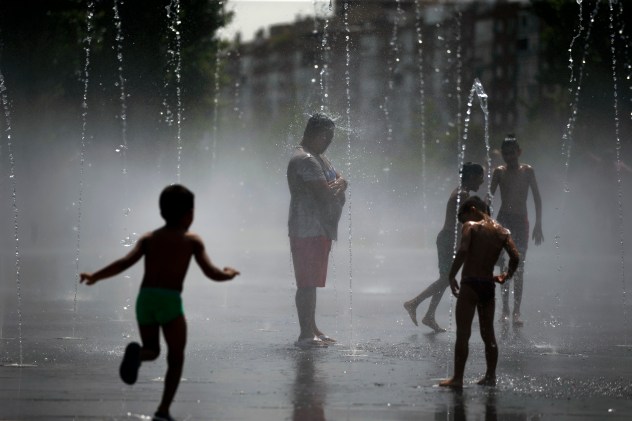 A man cools off in an urban beach at Madrid Rio park in Madrid, Friday, Aug. 3, 2018. (AP Photo/Francisco Seco)

Unseasonably warm nights will also be a concern during these heat waves, making for dangerous conditions as homes without air conditioning that will be unable to cool down before heat builds again the following day.

It will be important for residents and visitors to take extra care in the heat to prevent illness. Drinking plenty of water, spending time in the shade and wearing light clothing will be necessary.

When possible, strenuous outdoor activity should be avoided during the hottest part of the day.

Stagnant conditions contributing to the intense heat will also result in poor air quality, especially in and near cities. Air quality may also be worsened by smoke from wildfires.

Children, the elderly and those with respiratory or cardiovascular health conditions should avoid spending time outside as much as possible when air quality alerts are issued.

Wildfires to threaten Spain, Portugal and the Alps

The intense heat waves and long spells of dry weather throughout the summer will bring a high risk for wildfires to much of western and central Europe.

The areas at greatest risk will be from northern Portugal into northern Spain and from the Alps into Germany and Czech Republic.

A wet winter and spring across much of western and central Europe will result in more vegetation than in previous years.

However, as dry weather prevails early in the summer, the stage will be set for a high wildfire risk during the second half of the season. 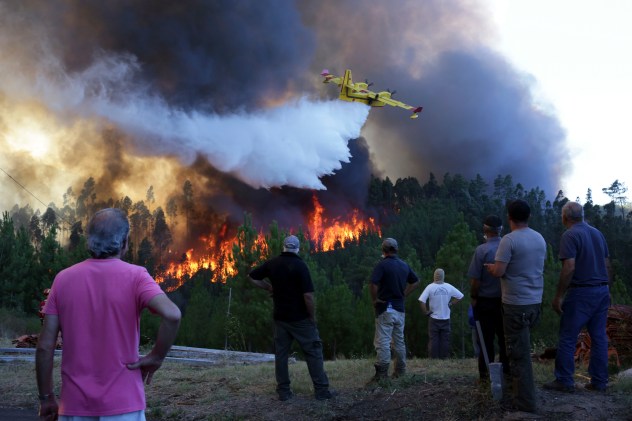 The Iberian Peninsula will be at risk first due to building heat in June combined with little or no rainfall.

The threat will spread northeastward across France and into the Alps, Germany and the rest of central Europe from July into August.

This threat is likely to continue into autumn as the dry vegetation and warm weather persist.

"Drought will be an increasing concern across these areas from late summer into autumn, stressing agriculture and water supplies for the second straight year in many locations," Roys said.

While dry and hot weather dominates a large portion of Europe this summer, severe thunderstorms will threaten the Balkan Peninsula throughout the season.

Though the region will not be immune from heat waves, extreme heat will be limited.

Violent thunderstorms will threaten Greece to Serbia, Romania and Bulgaria as disturbances track into the region from the Mediterranean, as well as from eastern Europe and Russia. 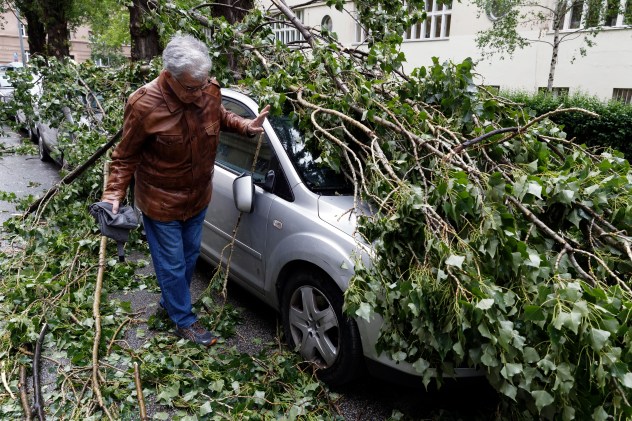 Drago Ban inspects the damage to his car from fallen branches of a tree, in Zagreb, Croatia, Monday May 13, 2019. (AP Photo/Darko Bandic)

"These storms will bring frequent lightning, flooding downpours and damaging winds and hail," Roys said. "The strongest storms will be capable of producing tornadoes."

Severe thunderstorms will most likely be during the afternoon and evening hours.

The greatest risk will be for damaging winds, hail and flash flooding.

A sunshine-filled summer from UK to France, but drought concerns will loom

Dry weather will dominate much of the summer across Ireland, southern parts of the United Kingdom, the Low Countries and northern France.

The dry weather will provide ample opportunities for people to enjoy outdoor activities.

Temperatures will generally be at or above average from June into August, but the most intense heat will be found across the interior of Europe.

"During these hot spells, temperatures can reach 32 C (90 F) across southern England and the Midlands," Roys said. 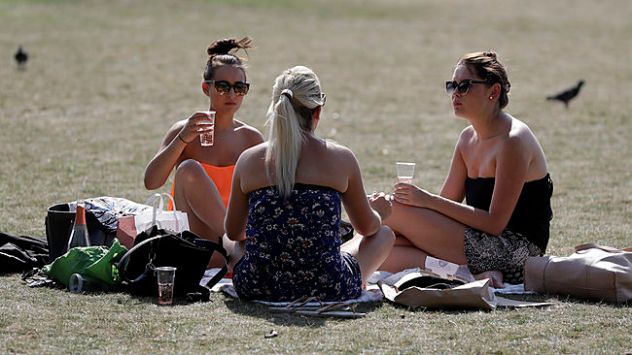 As the summer progresses, the dry weather combined with above-normal temperatures and lengthy amounts of daily sunshine will lead to drought concerns throughout the region.

Stressed and damaged crops may result from the hot, dry weather, and water shortages are also possible in some areas.

There will also be an elevated risk for wildfires by the late summer due to the dry conditions.

The most likely area to avoid drought will be across Scotland, where fronts will bring occasional rainfall and cooler air.

Following the extreme heat and wildfires of last summer, Scandinavia can expect a more typical summer this year.

Temperatures will be seasonably warm throughout the season, but no lasting heat waves or prolonged dry spells are predicted.

The combination of lower temperatures and occasional rainfall will lower the wildfire risk dramatically from last year, when many areas endured the worst fires in modern history.

"While much of Scandinavia saw less than 50 percent of their normal rainfall last summer, the region can expect 70-100 percent of normal this summer," Roys said.

Eastern Europe will avoid much of the extreme weather that will grip the continent this summer; however, temperatures may briefly approach 38 C (100 F) for a time in the middle of the summer, according to Roys.

Overall, warm weather is expected with near- to slightly to below-normal rainfall from Ukraine to Estonia.

Locations from southern Lithuania to western Ukraine will be the most prone to intense heat, while severe thunderstorms will occasionally batter southern Belarus, Ukraine and Moldova.