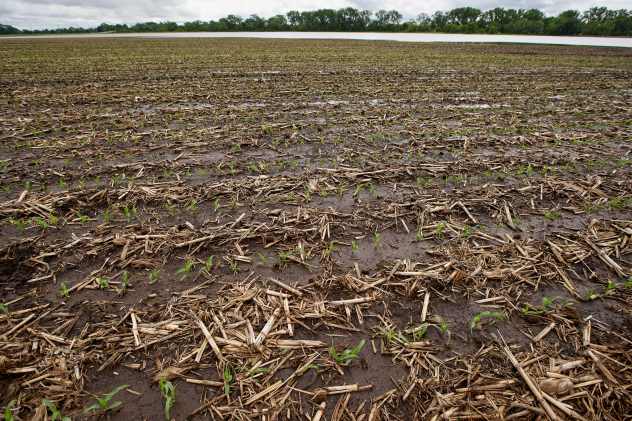 In this May 29, 2019 photo, young corn grows in a flooded field near Shenandoah, Iowa. Thousands of Midwest farmers are trying to make decisions as they endure a spring like no other. (AP Photo/Nati Harnik)

AccuWeather is predicting a significant shortfall in United States corn production for 2019 as a result of continued flooding, wet weather and the upcoming forecast throughout key parts of the U.S. Corn Belt.

The projected soybean yield loss predicted by AccuWeather is lower, but still noteworthy. The USDA initially expected 4.17 billion bushels following 2018’s record season of 4.54 billion bushels, but AccuWeather predicts the yield will be 4.0 billion bushels. That’s a 4% falloff from the USDA’s first estimate. 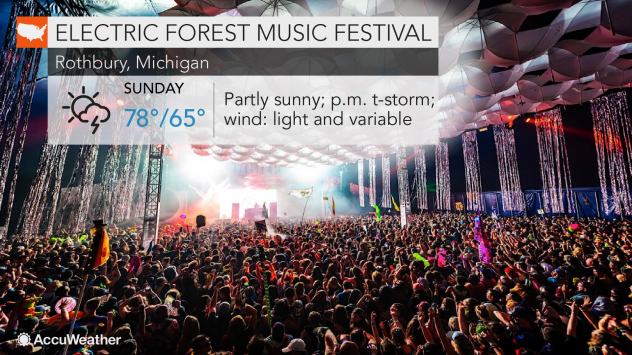 “Part of the reason we’ve increased the losses is because it’s been a slow go, and the fields that haven’t been planted are probably the ones that are the lower-lying fields, the ones that are slower to dry out and with the weather not being ideal, it’s just going to take a while,” said AccuWeather Senior Meteorologist Jason Nicholls. “It may get to the point very soon where they’re just going to say, ‘Forget it, we’re not planting.’”

The weather for this week won’t help the entire region.

"At this point, farmers in the Corn Belt need six to seven days of dry weather to be able to plant," Nicholls said. "However, half of the Corn Belt may only be dry for three to four days this week."

"For the corridor from Missouri to central and southern Ohio, later this week looks wetter than previous indications," he added. "If that holds true, there may be little planting progress made in those areas."

The reduced corn crop is leading to a rise in the price of corn futures and will impact consumer prices to a lesser extent.

Planting for corn and soybeans is behind in 17 of the 18 key corn- and soybean-producing states compared to the 2014-18 averages. Tuesday’s USDA Crop Progress indicated 58% of corn was planted in those states; the five-year average by May 26 is 90%. For soybeans, just 29% of planting has occurred compared to an average of 66% by May 26.

“The delays are the worst on record,” Tracey Allen, an agricultural commodity strategist at JPMorgan, told the Wall Street Journal. “We’re in uncharted waters.” 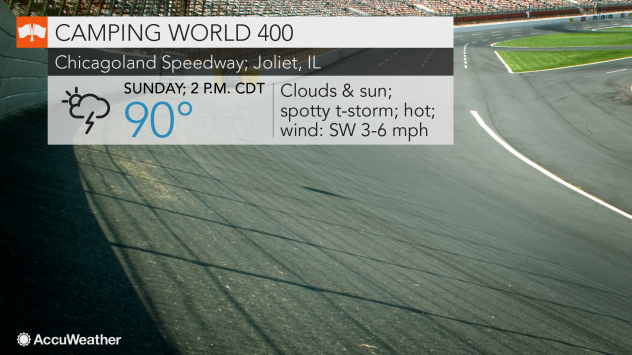