5 of the coldest cities in the world

Do you think it's cold where you live? Here are the five coldest cities in America. Did your city make the list?

For some cities around the world, the winter season isn’t just cold, it’s ruthless.

With many of the coldest cities on Earth located in far northern latitudes, brutal arctic air is persistent, plunging normal low temperatures into the double digits below zero.

Whether it's the vast Siberian tundra, the Canadian wilderness or far eastern China, residents in these locales routinely face some of the longest and most challenging winter seasons.

Here are five cities that have some of the coldest winters in the world. 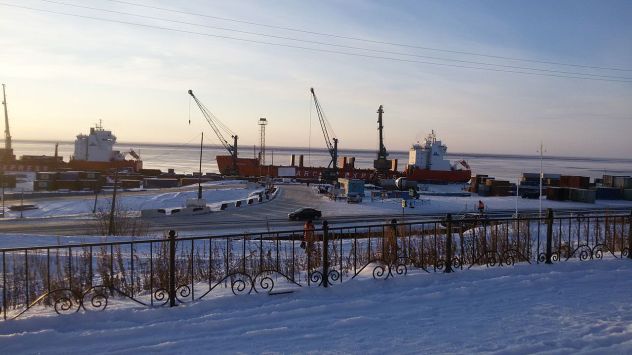 Located above the Arctic Circle, Dudinka is a town along the Yenisei River in Russia’s Siberian territory. Home to more than 20,000 citizens, Dudinka is one of the northernmost cities in the world and thus faces extreme winter conditions.

An average daily minimum temperature in January is minus 28 degrees Fahrenheit (minus 33 degrees Celsius), while the average high is minus 12 F (minus 24.5 C).

Several years ago, parts of the town literally froze over during a powerful winter storm. Pipes burst causing the streets to flood while temperatures were reportedly minus 40 F (minus 40 C). This resulted in cars becoming encased in several feet of ice and snow. 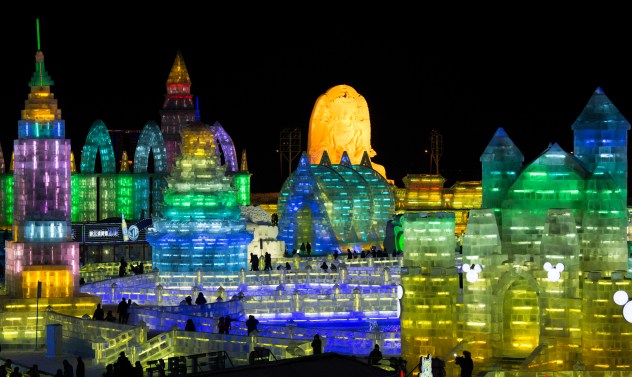 Located in far northeastern China, Harbin is the capital of Heilongjiang province and is home to over 10 million people. Due to its harsh winter climate, the city is often referred to as the “ice city.”

Winter weather is a part of the city’s DNA as each year it hosts the Hardin International Snow and Ice Festival, one of the largest ice festivals in the world.

Normal low temperatures during January range from minus 8 to minus 12 F (minus 22 to minus 24 C). Temperatures as extreme as minus 44 F (minus 42 C) have been recorded during winter in Harbin. 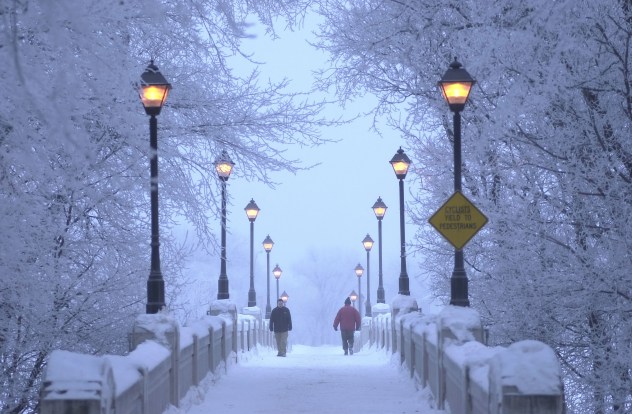 The capital city of the province of Manitoba, Winnipeg is home to more than 715,000 people and is one of the coldest major cities in North America.

Situated in the Canadian Prairies, Winnipeg experiences normal January lows of minus 5 to minus 9 F (minus 20 to minus 22 C). 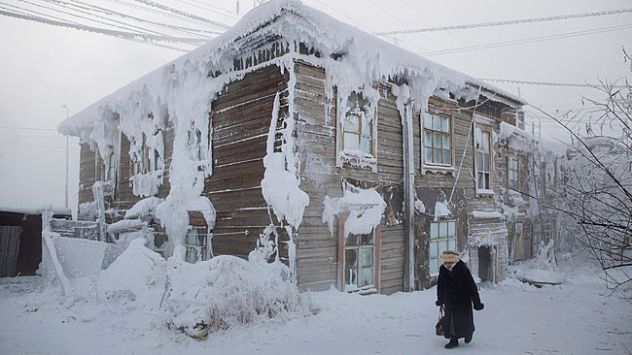 A house covered in frost in the center of Yakutsk. (Photo/Amos Chapple)

The capital of the Sakha Republic of Russia, Yakutsk is home to some of the harshest winter conditions on Earth. Around 282,400 people live in the city, which is just a couple hundred miles from the Arctic Circle.

In addition, the winter season in Yakutsk can begin much earlier than other cities around the world. For Oct. 1, its average high is only 30 F (minus 1 C). 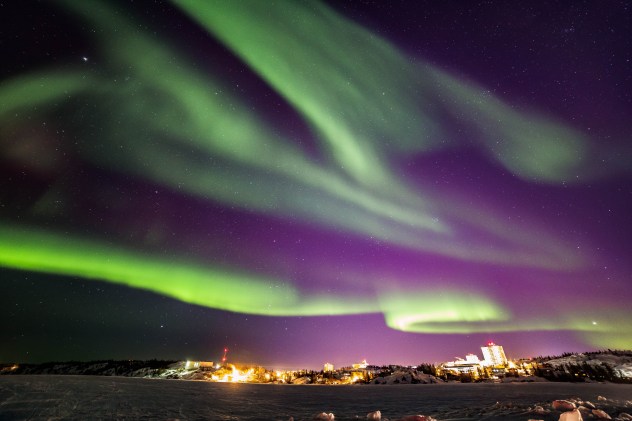 Founded in 1934, Yellowknife is the capital city of Canada’s Northwest Territories, located on the shore of Great Slave Lake and about 320 miles from the Arctic Circle. Home to over 20,000 people, the city’s roots are based in the mining industry. During the winter, its northern heritage is on display through the ice roads that still provide transport to the community.

Due to its subarctic climate, normal low temperatures during the month of January can reach minus 26 F (minus 32 C) in Yellowknife. Normal highs can struggle to get past minus 7 F (minus 21 C). The coldest temperature on record for the city is minus 60 F (minus 51 C) on Feb. 1, 1947.

Yellowknife was given the title of coldest Canadian city in 2014.

The city also boasts “long and clear” winter nights which provide optimal conditions to view the aurora borealis from mid-November to early April.