2018 Winter Olympics site, PyeongChang, South Korea, is the Earth's coldest location based on its latitude

South Korea will host the 2018 Winter Olympics in February and Paralympics in March. Check out these climatology facts about the two sporting event locations: PyeongChang and Gangneung.

Qualified athletes around the world are gearing up for February 2018, when they will compete for gold in the Winter Olympic Games in PyeongChang, South Korea.

Although this will be first Winter Olympics hosted by South Korea, which beat out Munich, Germany, and Annecy, France, to host the games, Seoul hosted the Summer Olympic Games in 1988.

PyeongChang, known as a popular ski destination, experiences snowy winters and is located 700 meters (2,296 feet) above sea level, which contributes to its slogan, “Happy 700.”

The locals also consider the region an ideal living location, despite the fact that PyeongChang is Earth’s coldest location for that particular latitude, according to AccuWeather Meteorologist SungHyun Do. 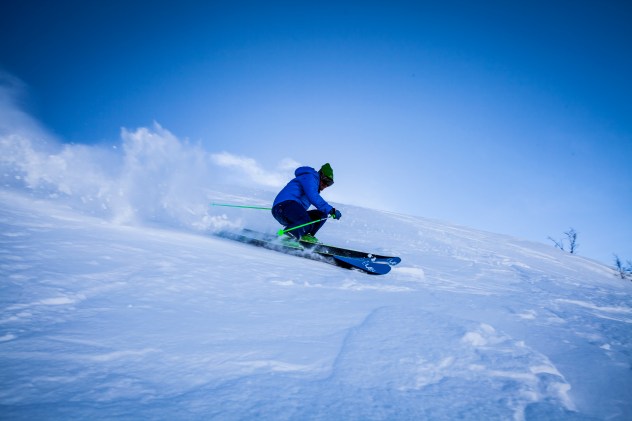 “It is known that PyeongChang is best for all living creatures,” Do said.

“You can maintain a good biorhythm by eliminating lactic acid and other waste out of your body in that particular environment,” he added.

Only five or six hours of sleep should be enough to feel rested in this region, Do said, because the pressure in this area increases melatonin in a person’s brain.

The rugged, mountainous region of PyeongChang will host mostly outdoor Olympic events, while indoor events will take place in the nearby coastal area of Gangneung.

February will mark the waning weeks of the harsh, east-Asian winter, which is comparable in many ways with winter in the northeastern United States.

PyeongChang’s winter months are typically cold and dry, and major snowstorms are rare in February.

February’s average temperature there is minus 5 degrees Celsius (23 degrees Fahrenheit).

“The average daily high temperature will range mostly between minus 1 and 4 degrees Celsius (30 and 40 degrees F), with lows averaging about minus 11 to minus 5.5 C (12-22 F),” said AccuWeather Meteorologist James Andrews.

“Valleys are coldest at night in fair weather, when even late-winter temperatures can dip well below zero,” Andrews said.

While winter is the driest time of year for South Korea, February in particular is considered PyeongChang’s driest month.

“February will be a bit milder than normal as a whole, but there can be a cold shot or a period during the Olympics where temperatures are a little colder than normal for a few days,” said AccuWeather Senior Meteorologist Jason Nicholls.

Icy versus powdery snow: Do you prefer skiing in the East or West? The world’s 10 highest ski resorts may surprise you

Precipitation during February will be about 80-100 percent of normal, with a fair chance of minimal snowfall during the Olympic Games, according to Nicholls.

“The alpine venues or mountain locations have the best chance for picking up some snow,” Nicholls said.

Gangneung, which is nestled between the Sea of Japan (East Sea) to the east and a mountain divide to the west, experiences average high temperatures of about 4.4 to 7.2 C (40-45 F), according to Andrews.

“Winter precipitation here is comparable to that of PyeongChang; however, its coastal location allows for a greater likelihood of rain,” Andrews added.

Gangneung faces a higher risk for moderate to heavy snowfall when storm winds blow in from the north and east, according to Andrews.

“In rare occasions, there are really big dumps of snow,” he said.