Rain and thunderstorms will frequent much of South America this autumn as wet weather occurs from Argentina to parts of Colombia and Venezuela.

However, much of the rain will stay away from northeastern Brazil, an area plagued by long-term drought. 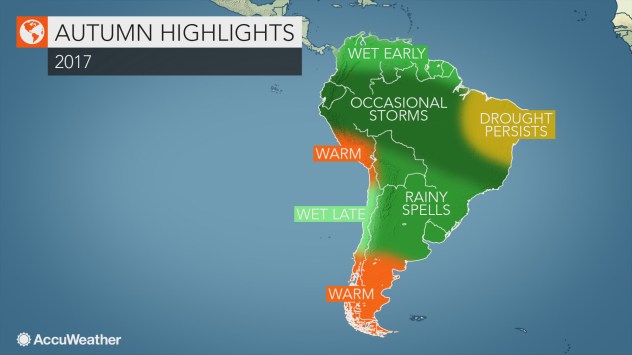 Drought to improve in Colombia, Venezuela but worsen in northeastern Brazil

The drought gripping Colombia and Venezuela will improve with a wet pattern continuing into autumn.

The first half of the season will be wetter than the second half, with the heaviest rain expected across the southern parts of Colombia and Venezuela.

This rain is not likely to end the drought, but it should help improve conditions in the near term. This includes helping to raise the water level at the Guri Dam, one of the largest water reservoirs on Earth.

While rain helps to improve the drought in Colombia and Venezuela, dry weather will cause drought conditions to worsen in Brazil.

“There has been a little bit of drought relief in northeast Brazil, but the drought has been pretty persistent,” AccuWeather Meteorologist Rob Miller said.

Some rain is expected to move over these areas throughout the season; however, below-normal rainfall will cause the drought to persist and possibly worsen.

Salvador, Fortaleza, São Luís and Recife are expected to receive below-normal rainfall throughout the season.

Rounds of rain, thunderstorms to slam Argentina to southern Brazil

An active weather pattern is on tap for much of Argentina, Paraguay, Uruguay, Bolivia and southern Brazil this season as waves of rain and thunderstorms move across the region.

“It seems like there will be an active weather pattern with no prolonged dry periods and near- to above-normal rainfall,” Miller said.

Cold fronts will frequently pass through the region and will be the driving force behind the rain and thunderstorms. Some of the stronger thunderstorms may produce severe weather, including damaging wind, large hail and frequent lightning.

The threat for thunderstorms will be mainly early in the season before gradually tapering off as the fronts deliver steadier rain instead, AccuWeather Lead International Meteorologist Jason Nicholls said.

Some of the storms may also bring snow to the eastern slopes of the Andes late in the season, aiding an early start to the ski season.

Wet weather will return to Chile this autumn after abnormally dry weather has dominated over the past several months.

Santiago, Chile, has been one of the driest cities across the country since the spring, only receiving 0.04 of an inch of rain between August and February. This is only one percent of the city's normal rainfall through that span of time. 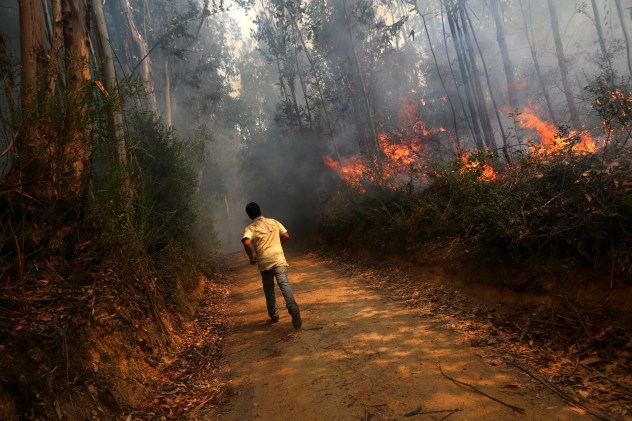 A man runs on a dirt road as he tries to move away from smoke, during a effort to stop a forest fire in Hualqui, Chile, Saturday, Jan. 28, 2017. Fires have been raging in central and southern Chile, fanned by strong winds, hot temperatures and a prolonged drought. (AP Photo/Esteban Felix)

A dry weather pattern is forecast through March, allowing the threat for wildfires to continue before beneficial rain moves into the region.

Chile experienced its worst wildfire season in history this summer with over 1,400,000 acres burned since November.

“The best chance of rain [in Chile] will be from April into May,” Nicholls said.

Rain, paired with gradually falling temperatures, should help to reduce the wildfire risk across the country ahead of winter.

Most of the rain is forecast to focus on central Chile while drier and warmer weather will occur across the northern and southern portions of the country.

Warm, dry weather is also on tap for southern Argentina and southern Peru.