On Aug. 21, 2017, millions of people will travel to witness a total solar eclipse, the first the United States has seen since 1979.

A total solar eclipse is an astronomical spectacle when the moon passes directly between the Earth and the sun, casting the moon’s shadow onto the Earth.

Being in the right place at the right time is important for viewing a total solar eclipse as it only lasts for a few brief minutes along a narrow path. This is called the path of totality. 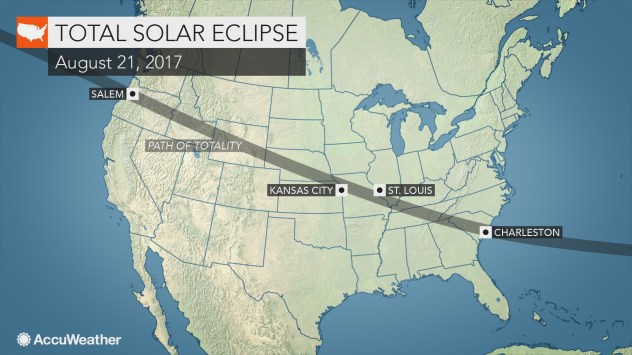 The rest of the U.S., including Alaska and Hawaii, will experience a partial solar eclipse.

Regardless of location, everyone planning to view the eclipse needs to wear eclipse glasses to safely view the event without causing eye damage.

There are a countless number of places to view the eclipse, but here are 10 unique spots in the path of totality:

One of the biggest cities in the path of the eclipse is Charleston, South Carolina, and it is expected to be a popular destination for those traveling long distances to see the event.

Spectators should arrive at their viewing spot early in the day to ensure a solid vantage point to watch the eclipse as traffic may be much worse than normal on Aug. 21.

Over a dozen eclipse-related events will also be taking place in Charleston, including an eclipse baseball game at Joseph P. Riley Park. However, the weather may interfere will some of these events.

The most-visited national park in the U.S. may be the most crowded tourist destination on Aug. 21 as the path of the total solar eclipse passes over the park.

The roads that wind and weave their way through the mountains will be packed with visitors, so those headed to the Smokies should arrive early to ensure they’re in position to watch the eclipse. 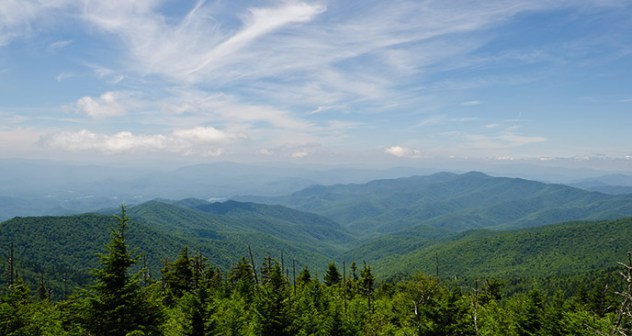 “The entire western half of Great Smoky Mountains National Park will fall under the path of totality for the eclipse, providing opportunities for viewing, weather permitting,” the National Park Service said.

The mountains in the eastern U.S. commonly see afternoon clouds on humid summer afternoons, so the weather may be a factor to those visiting the park for the eclipse.

A total solar eclipse is one of the shortest astronomical events, but for those near Carbondale, Illinois, the eclipse in August will seem a bit longer than it will for everyone else.

There is no major landmark around Carbondale, Illinois, but people will flock to the area around the town on Aug. 21 as totality will last for 2 minutes and 41.6 seconds, longer than anywhere else in the world that day.

Many hotels in the area are completely booked due to its optimal location, so last-minute travelers may have a difficult time making reservations in this part of the country.

Carbondale will also be in the path of another total solar eclipse tracking across the U.S. on April 8, 2024.

Homestead National Monument is a small, 195-acre area run by the National Park Service near Lincoln, Nebraska. A spike in tourism is expected on the days leading up to and the day of the eclipse.

NASA will be hosting events at the park and in nearby locations from Aug. 19 to 21 for people of all ages in preparation for the main event. 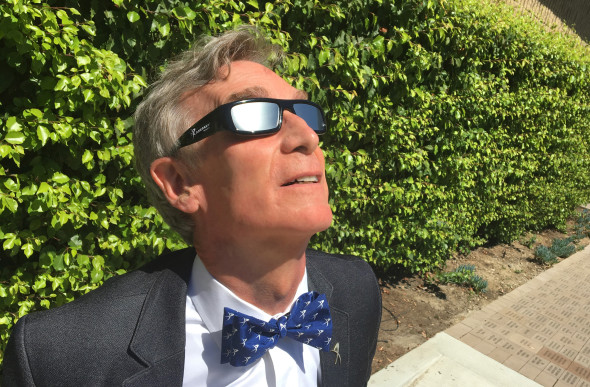 Bill Nye the Science Guy will also be joining skywatchers in Homestead National Monument on the day of the eclipse, giving people the opportunity to meet one of the most popular names in the science community.

"We're planning many special programs during the three days, but we are thrilled that Bill Nye is joining us in a partnership to roll out a Junior Ranger Eclipse Explorer booklet and Totality Junior Ranger Badge," Mark Engler, superintendent of Homestead National Monument, said in a statement.

Weather prospects are looking good in Nebraska as the state sees a high number of cloud-free days in August, especially during the morning hours when the eclipse will start.

There will be many places to view the eclipse across the state, including Carhenge, a recreation of Stonehenge made with 39 automobiles. It's located near Alliance, Nebraska.

This may make for some interesting photograph opportunities with the car formations in the foreground of the eclipse. 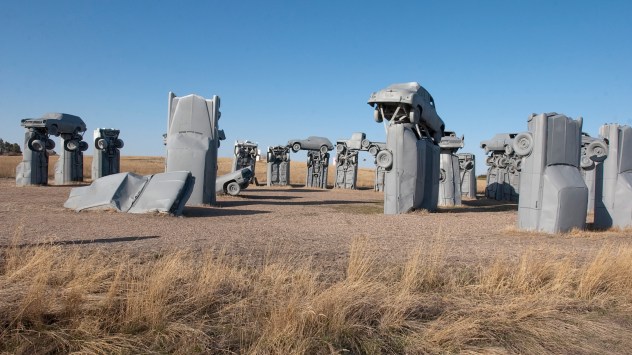 Grand Tetons National Park will be one of the most popular and most scenic places in the western U.S. to view August’s eclipse.

“Grand Teton is anticipating its busiest day ever,” the National Park Service said.

Those in the neighboring Yellowstone National Park may want to consider driving south to view the eclipse from the Grand Tetons as Yellowstone will not be in the path of totality.

Although much of Craters of the Moon National Monument is not in the path of the eclipse, it will still be a good destination for families on the days leading up to the eclipse.

Astronauts visited this site before landing on the moon since the landscape gave them experience in an area of volcanic geology and prepared them for gathering rocks on their trips to the moon. 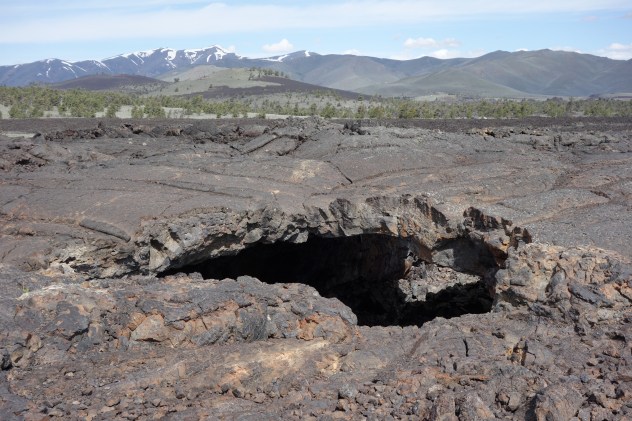 Indian Tunnel at Craters of the Moon National Monument. (Photo/NPS)

NASA will also be holding an official event nearby at the Museum of Idaho, located in Idaho Falls.

Eastern Oregon is one of the more remote areas to watch the eclipse, but it could have the best weather for the eclipse.

“Eastern Oregon looks to be the place to have the best chance for a clear sky Aug. 21,” Samuhel said.

Malheur National Forest will be one of the more scenic and less crowded places to view the eclipse with over 1 million acres of forest.

Hikers and backpackers can find many different spots to view the eclipse, including the Vinegar Hill-Indian Rock Scenic Area, the Cedar Grove Botanical Area and from atop the 9,038-foot Strawberry Mountain.

The first people in the U.S. to see what some are calling the Great American Eclipse will be those along the coast of Oregon.

Lincoln Beach, Oregon, will be one of the best spots to view the eclipse along the Oregon coast, nearly in the center of the path of totality.

Portland and Eugene, Oregon, are not located in the path of totality, so people planning to view the eclipse from the state should plan accordingly.

While people from coast to coast will be trying to find the perfect spot to view the eclipse, a small group of people will be watching it from the middle of the ocean.

Royal Caribbean is having a ’Total Eclipse Cruise’ where passengers will get to watch the eclipse while sailing on the Atlantic Ocean.

Passengers will be able to partake in eclipse-themed activities on the ship and will also receive a pair of eclipse glasses as part of the cruise.

Tickets are still available for the seven-night cruise, which will head out from Port Canaveral, Florida. It will also make stops in the Bahamas, St. Thomas and St. Maarten.

Important note: Exact start times for the eclipse and the length of totality are extremely dependent on location. Even a few miles can make a big difference.