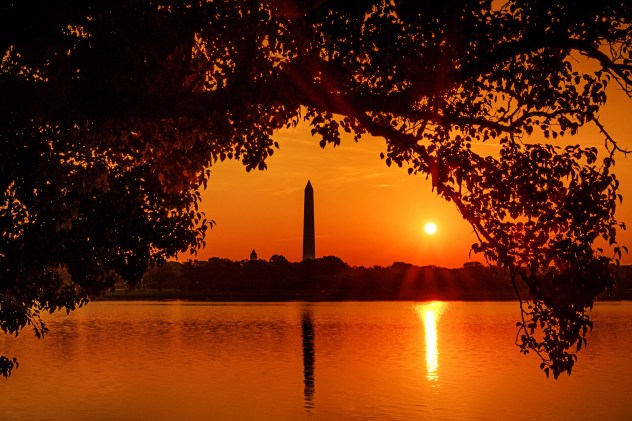 The Washington Monument is silhouetted against the morning sky as the sun rises. In D.C., it was 98 degrees on Oct. 2 and then got down to 49 degrees three days later. (AP Photo/J. David Ake)

In America, October unfolds much like the poem ‘The Blind Men and the Elephant.’ Making sense of October is like trying to describe an elephant by touching only its tusk or its tail.

For now, except in areas that have already seen a snowstorm or two, October is tending to produce higher temperatures across the country, which has led to significantly higher estimated cooling costs in several U.S. cities, according to an AccuWeather analysis.

With its temperature swings since Sept. 1, Salt Lake City has to be the capital of this crazy fall.

The cooling season, which typically begins May 1, can last until late in the year in many U.S. cities, while the heating season runs from Sept. 1 until the following April. The costs of cooling and heating, including electricity, vary from year to year and from place to place, so the percentage change in your bill may vary from these percentages.