Collection of strange tube clouds: What are they?

On the evening of July 10, 2021 in Burkesville, Kentucky, Kelsie Murphy Cooksey took a photo and video from her porch showing a 'wild cloud.' After posting it to Facebook, it went viral. But what was it?

There is also a short video, proving it's not a photoshop job. I combined a couple of video captures that shows a wider view: 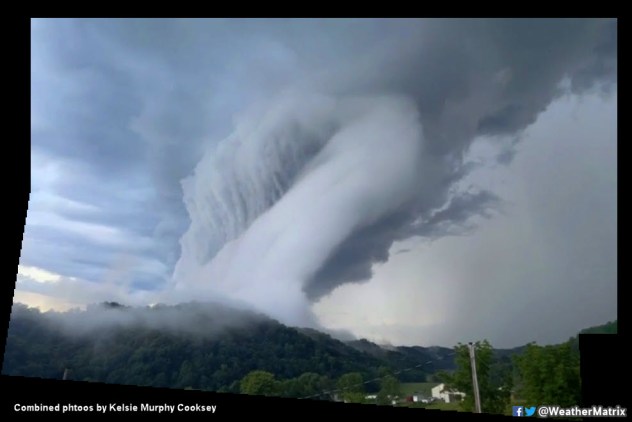 Here's another one which I blogged about in 2008 at Bethany Beach, Delaware: 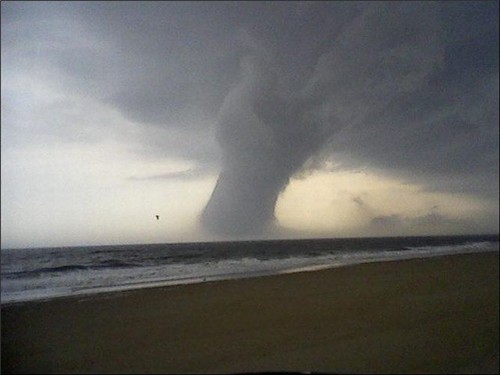 This photo, taken in 2010 in Wisconsin, may also qualify as a tube cloud, as may the one shown below, taken by AccuWeather Meteorologist & Storm Chaser Tony Laubach in Kansas in 2006, although it's hard to tell this close up. They can even end up on top of shelf clouds, as this photo by Iowa storm chaser Paul Brooks shows in 2017. This one I'm not sure, but it shows some interesting stuff, including 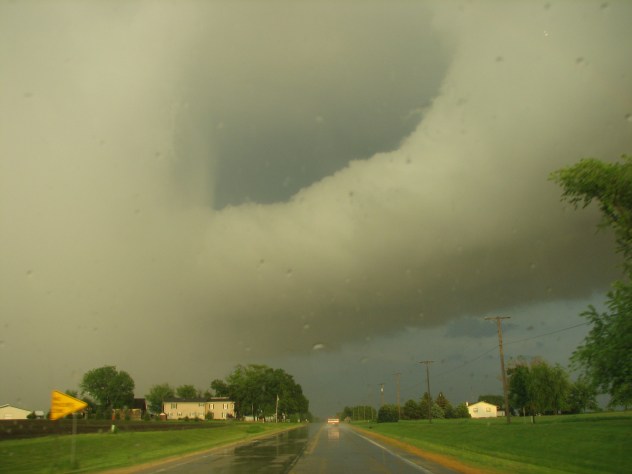 Tube Cloud In Nebraska in 2006, by Tony Laubach

What are they not?

Identifying clouds is sometimes a game of doppelgangers, so first I'd like to address what tube clouds are not. The examples above are not waterspouts or funnel clouds (as evidenced by videos that don't show strong rotation, and a lack of confirmed reports of tornadoes in the immediate vicinity), although the smooth, tubular aspect can be evoked by certain waterspout photos like this one I blogged about in 2013: 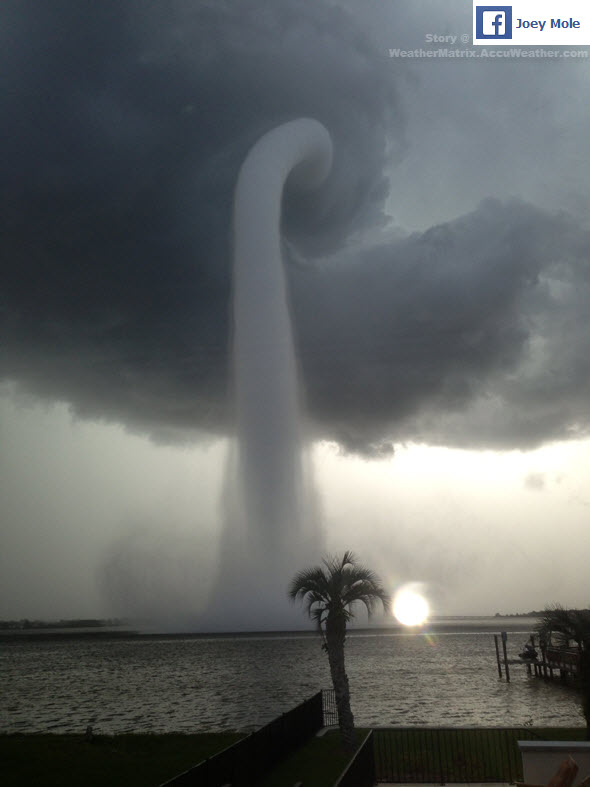 They are also not 'scud' (fractus) clouds, which although officially defined narrowly, has become a catch-all for any sort of cloud spotted during severe weather that isn't a tornado, wall cloud, shelf cloud, or mothership cloud. Scud clouds are often ragged and disconnected from their parent cloud, as shown here in a photo I took in 2012: 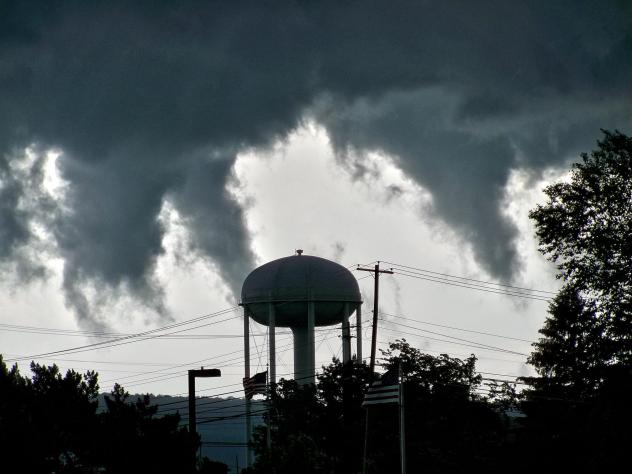 I also don't believe they are Lenticular wave clouds, which often have bizarre, smooth layers, and they don't look like Asperitus clouds, which were added to the International Cloud Atlas in 2017 -- the first such addition in over 60 years.

There's another type of vertical cloud that you can mistake for this phenomenon that is actually a trick of illusion.

Near the edge of a shelf cloud or roll cloud (officially, an Arcus cloud), the cloud can appear to go straight up, even though your eye is being fooled by the curvature of the Earth. It's possible that Tony's photo above illustrates this; it's difficult to tell because of the narrow field of view. Otherwise, the examples of tube clouds above eschew this definition.

Shelf Cloud Vertical Illusion illustration. When you're in close proximity of the termination of a shelf cloud, it may appear to be vertical."

So, what meteorological processes are behind these tube clouds?

Like many things in meteorology, it's not easy to explain what's going on here.

Extreme Meteorologist Reed Timmer said, via email of the Kentucky tube cloud above, "looks like it is vertical motion on the leading edge of a subtle cold pool in a near-saturated environment."

In order to get some more theories, I crowdsourced answers by posting the photos to a Facebook group that has thousands of storm chasers and weather enthusiasts. Veteran storm chaser Mike Scantlin offered this explanation:

"I’ve always called them 'scud vacuums.' I’ve only seen a few of them, but they always seem to happen behind the RFD gust front coming off a weak or dying supercell updraft. It seems like cool stable air is getting sucked into a weak updraft or undercut/outflow dominant storm. Very cold stable laminar features."

Based on an animation of several photos of a 'waterspout' in Delaware in 2008, shown below, my best guess is that tube clouds result from an arcus (shelf or roll cloud) which is lifted into an updraft of a thunderstorm. While that sounds like an odd explanation, it's very similar to the dominant theory on how tornadoes form -- a horizontal rotation gets pulled into the vertical. Can I be sure? No way.

A Capital Weather Gang blog about the Rehoboth cloud offers an interesting twist: The shelf cloud could be lifted by another storm's outflow boundary. That actually makes a lot of sense.