Where did the October 2021 global average temperature rank?

Once again, our planet had another month that ranked in the top 5 warmest on record for that particular month.

October 2021 ranked as the fourth warmest October on record globally, with an average temperature that was 1.60 degrees Fahrenheit above the 20th century mean. Records go back to 1880. 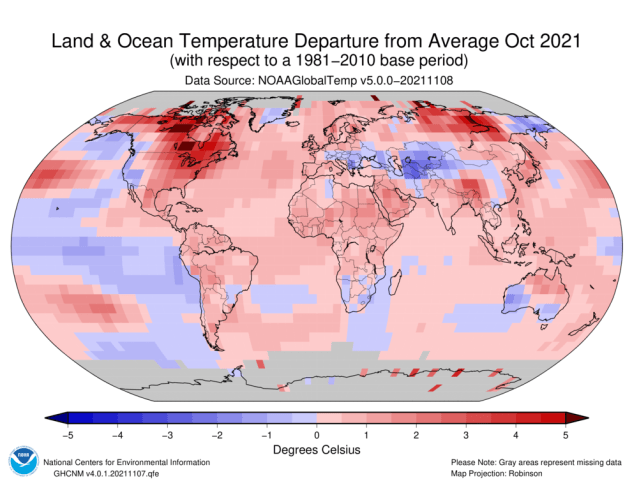 The previous eight Octobers all ranked in the top eight warmest Octobers on record over the last 142 years.

2021 is easily on track to finish in the top ten warmest on record and a good chance that it will rank in the top six.

For the Northern Hemisphere land areas, October 2021 was the warmest on record.

October 2021 was also the fourth warmest October on record for land/ocean combined in this database, averaging 1.78 degrees Fahrenheit above the 1951-1980 mean. 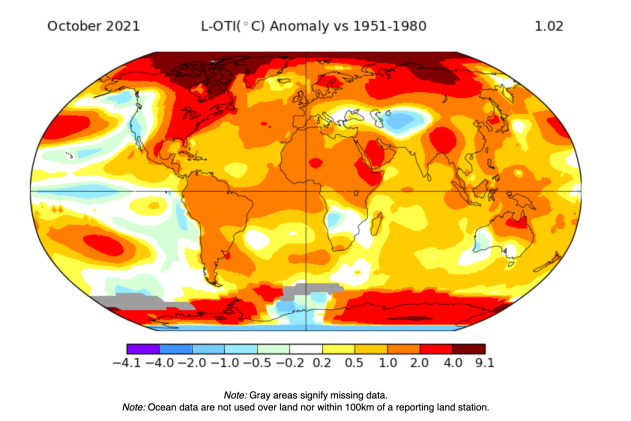 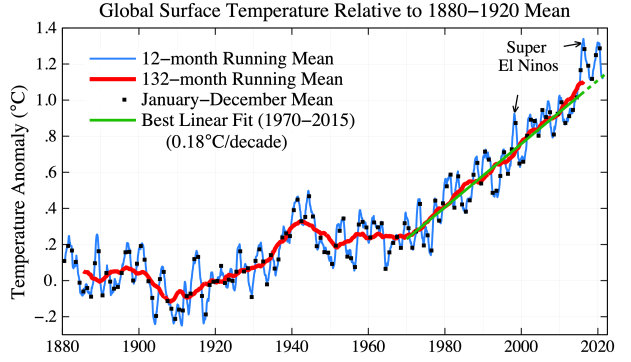 The previous seven Octobers all ranked in the top seven warmest on record globally.

For the month of October, Arctic sea ice extent ranked as the eighth lowest on record. The satellite record goes back to 1979.

The long-term October trend (below) is showing a clear decrease in extent. 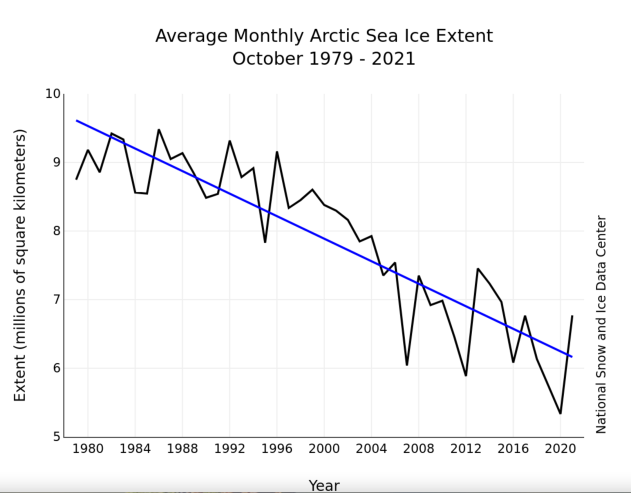 The sea ice extent in the Antarctic ranked as the fourth lowest on record.