Last month was the warmest August on record for North America and Europe, according to the NOAA. The data goes back as far as 1880. 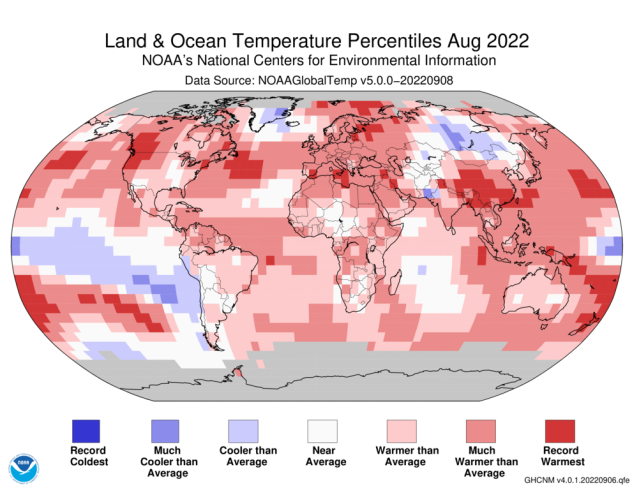 Last month was also the 46th consecutive August and the 452nd consecutive month where the average temperature ended up higher than the 20th-century mean.

NASA GISS also released their August 2022 land and ocean surface temperature data. According to their statistics, last month was the second warmest August on record, averaging 1.71 degrees F (0.95 degrees C) above the 1951-1980 mean. This is even more impressive in that we are in our third consecutive La Niña, which typically has a slight cooling influence on global temperatures. The warmest August in the NASA database occurred in 2016. 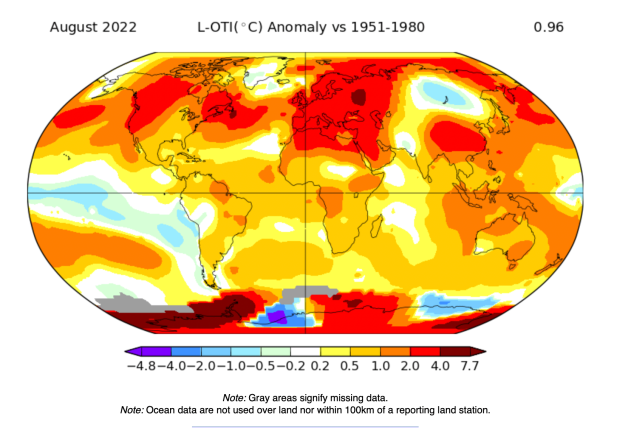 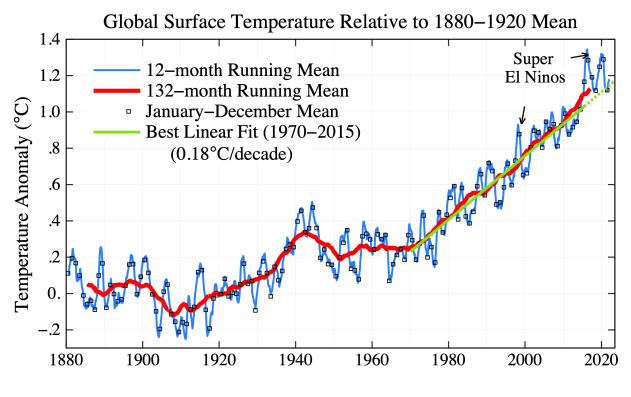