Long-term trends on the Great Lakes

A question that has been asked in recent years is how much of an influence is climate change having on the Great Lakes in terms of water levels, water temperatures and ice coverage.

Clearly, climate change is having some impact on the Great Lakes, but it is hard to measure, especially when there are likely other factors at play. 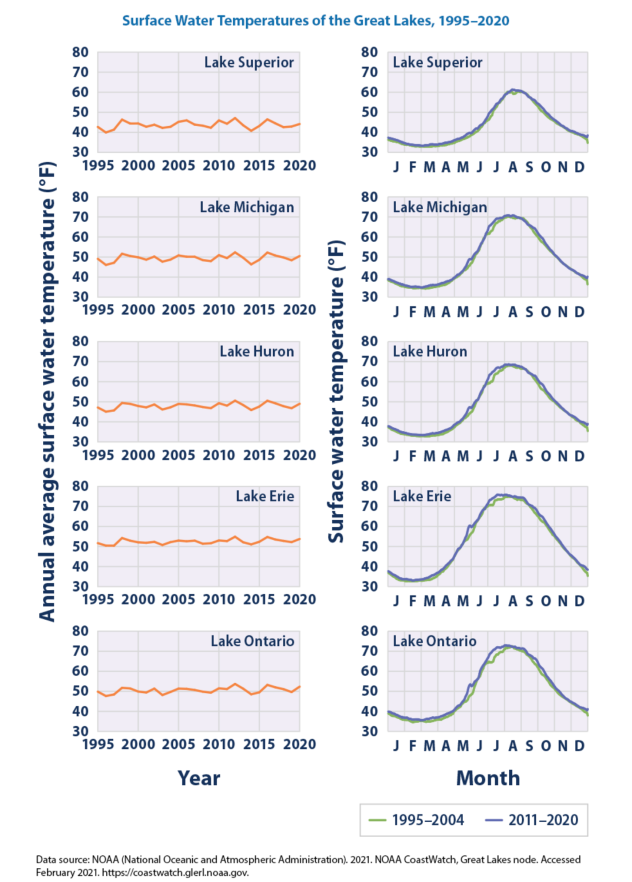 Based on the data above, we can see that water temperatures across each of the Great Lakes have increased ever so slightly, especially since the mid-1990s.

Some of the reasons for this may be the general warming trend across the region, especially during the spring and summer months and an earlier thaw of sea ice over the past 40-50 years, according to the EPA. 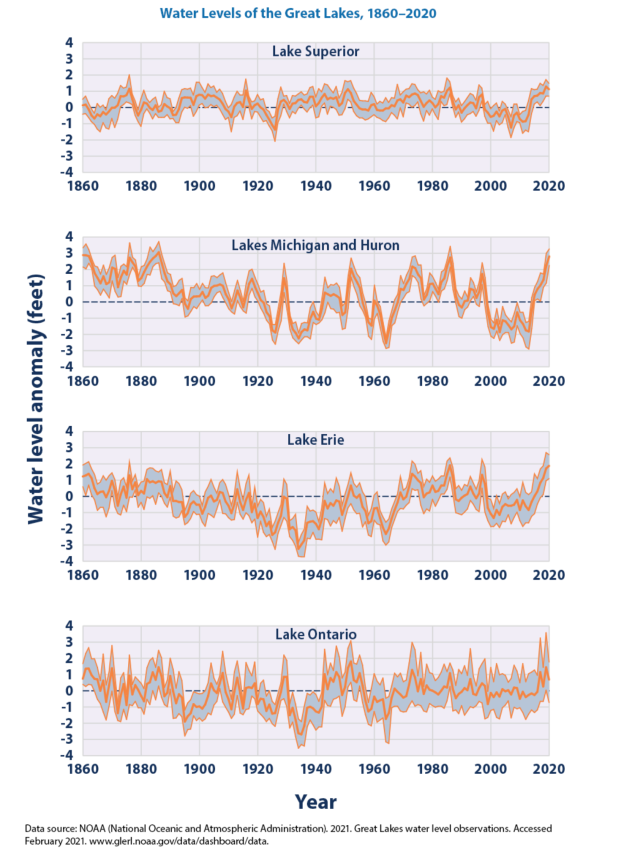 Maximum annual ice coverage along the Great Lakes can vary greatly from year to year. So we have to focus more on the long-term trend.

From the EPA report... All five lakes have experienced some degree of long-term decrease, but the decrease is only statistically significant in one lake (Superior). Years with much-lower-than-normal ice cover appear to have become more frequent during the past two decades, especially in lakes like Erie and Superior that have a history of freezing almost completely. 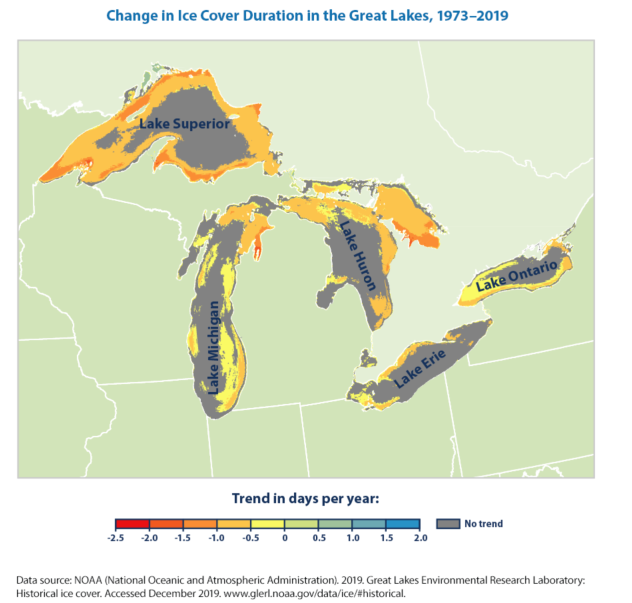 What is more clear is the fact that the duration of ice-covered days on the Great Lakes has clearly declined over the past 40-50 years.

The Great Lakes are frozen for eight to 46 fewer days now than they were in the early 1970s, according to the EPA report.