Spring snow cover extent across the Northern Hemisphere has on average declined steadily since the 1970s and early 1980s, according to the Rutgers University Snow Lab. 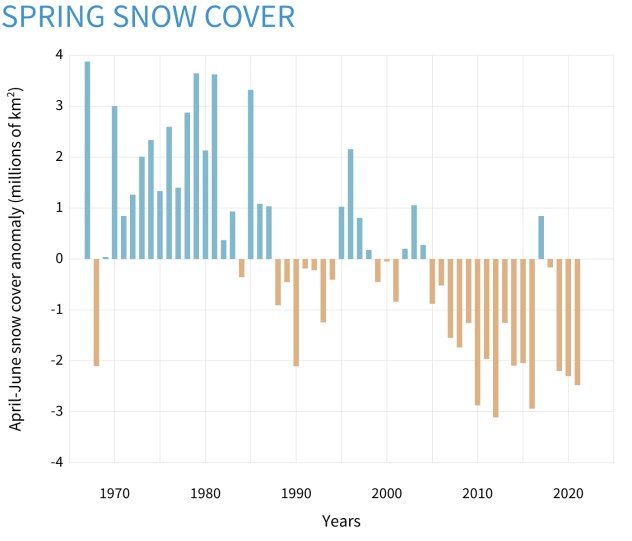 Spring snow cover extent in the Northern Hemisphere has been above the long-term average only four times in the last 20 years. So far this year, April was slightly above normal, but we still have to wait and see about May and June. 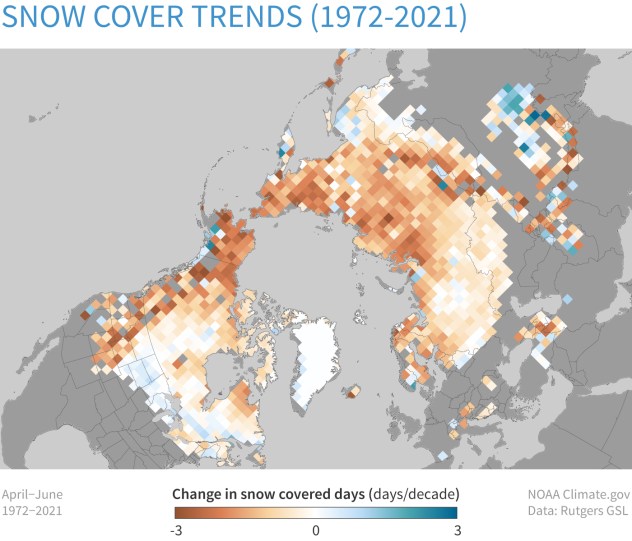 The number of snow-covered days during the April-June period since the early 1970s has declined at an average rate of two to three days per decade in regions such as western Canada, northern Alaska and northern Siberia. There has been little change across portions of central and eastern Canada. 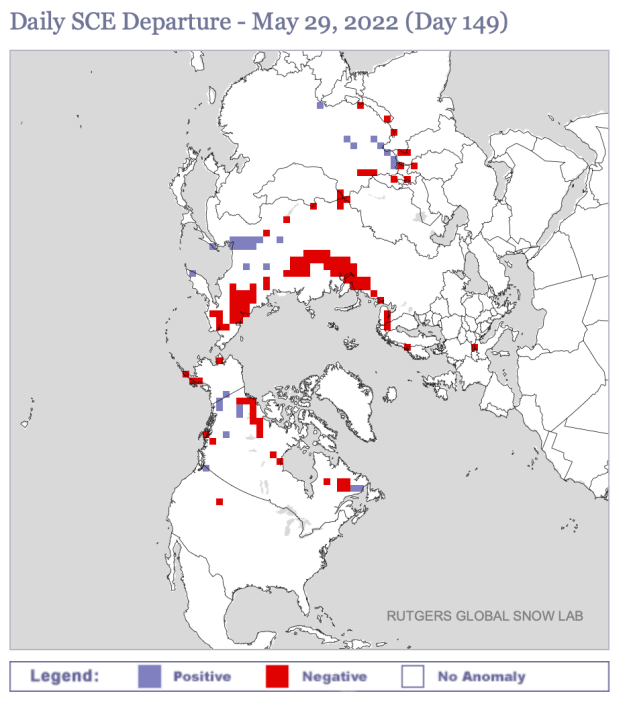