More than 90 percent of the warming on the Earth has gone into the oceans over the past 50 years. The result has been a significant increase in the global ocean heat content, especially over the past 20 years as the oceans are absorbing more heat than they are releasing. Eventually, much of this heat will have to be released into the atmosphere, perhaps resulting in a further acceleration of global warming. 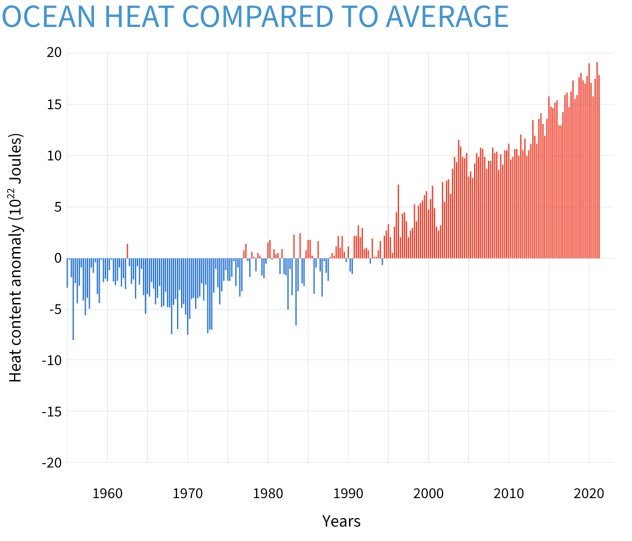 The steady increase in ocean heat content is contributing to sea level rise (thermal expansion of sea water), accelerated melting of glaciers that terminate at the ocean, ocean heat waves and coral bleaching. In addition, the warming of the oceans is providing more energy for storms and hurricanes, leading to greater extremes in precipitation and wind. 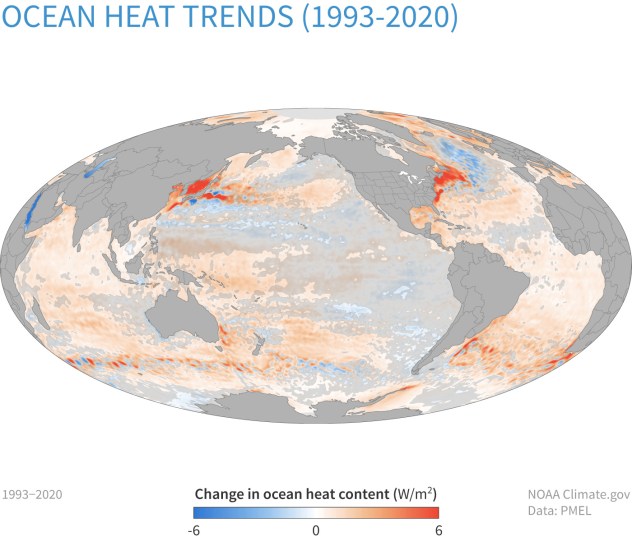 Some of the most significant ocean warming on the planet over the past 25+ years has occurred along the Atlantic coasts of the United States and Canada. Note the cooling south of Greenland, which may be a result of an influx of fresh, cold water from the melting of the Greenland Ice Cap. Image courtesy NOAA.

How do scientists measure ocean heat content? There are two primary methods. Satellites measure the height of the ocean surface since water expands when it warms. There are also about 3,000 Argo floats dispersed across the world's oceans, which provide water temperatures at different depths on a regular basis.

Storms to bring wet holiday weekend to the Pacific Northwest