2021 was certainly a year of extremes in the US

According to NOAA, the U.S. climate extremes index was the 3rd highest on record going back 112 years.

Last year's extreme weather events caused disasters that led to the deaths of 688 people with a total estimated cost of $20 billion.

For the contiguous U.S., 2021 ended up as the 4th warmest year on record going back to 1880. The six warmest years on record have all occurred since 2012. 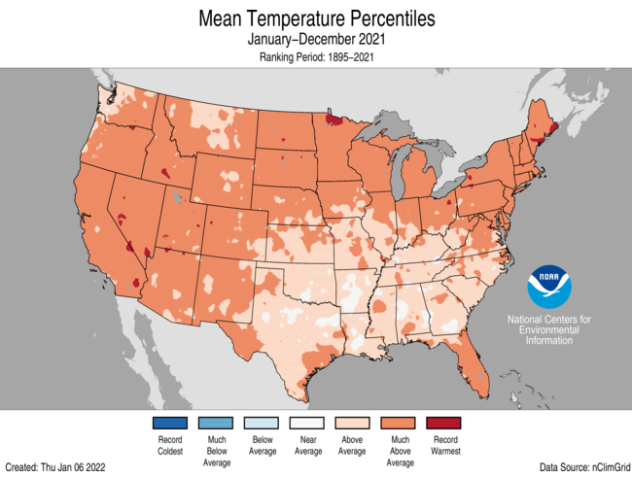 The coldest outbreak in 30 years impacted the central U.S. during February, which also contributed to the long-term power outages across Texas.

A record-breaking June heat wave in the Northwest set several new monthly records. There were also a few all-time record highs set in the Pacific Northwest and British Columbia. 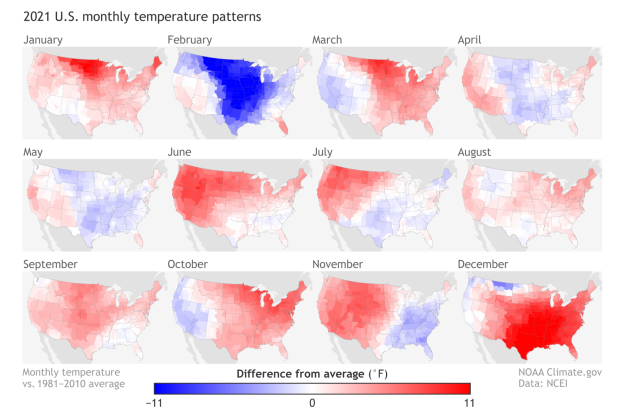 By late November and December, several atmospheric river events brought tremendous amounts of rain and snow to the West Coast, leading to flooding and mudslides, but also brought much-needed moisture to the region.

December 2021 was the warmest December on record, averaging a whopping 6.7 degrees above normal.