Warmth to dominate in central and eastern areas this month

It looks like much of central and eastern North America will be generally warmer than normal for much of this month as ridging in the upper atmosphere expands from the northern Plains to eastern Canada. This will act as a barrier, keeping most of the chilly air confined to northwest Canada and Alaska.

There is some good news, however. The combination of increased moisture and a breakdown of the high pressure ridge in the western United States will finally put an end to the terrible heat wave. Temperatures over the coming weeks will likely be closer to normal and even a tad below normal at times, but with the dryness still intact, it's hard to buy into too much cooling.

There are some signs of increased tropical activity in the Southeast U.S. coast and the Gulf during the period, which is not unexpected at this time of the year. 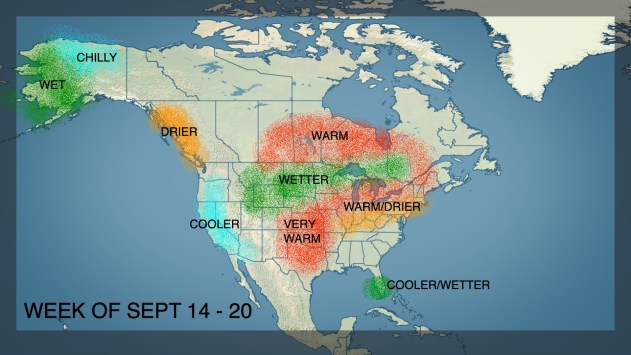 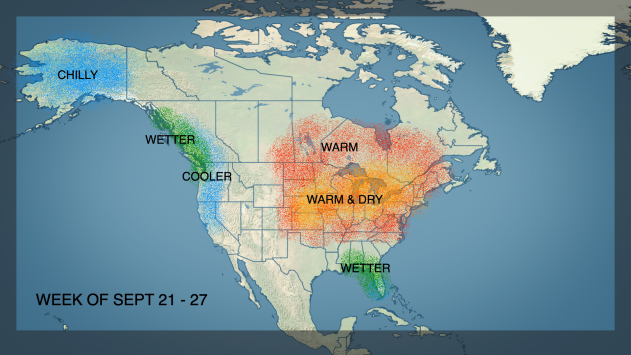 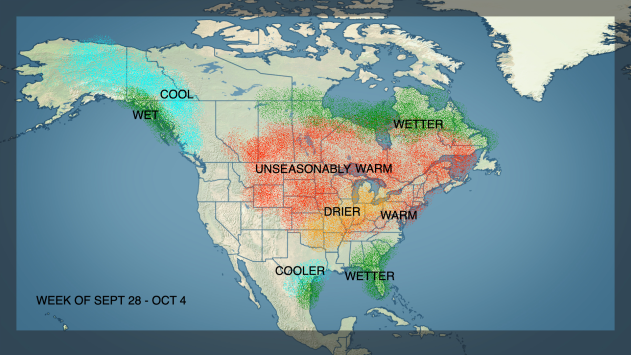