Very cold air to hang out in the West

A major pattern change will take place next week with a major trough setting up shop across western North America. This will allow unseasonably cold air to spread throughout much of western Canada and into parts of the Northwest U.S. into at least the start of the second week of December. The core of the coldest air will likely be centered from eastern BC through Alberta during the period.

In the East, temperatures will be closer to normal, while warmer air will build across the southern U.S. states.

Expect an average storm track from the southern Plains to the Ohio Valley or Upper Midwest. 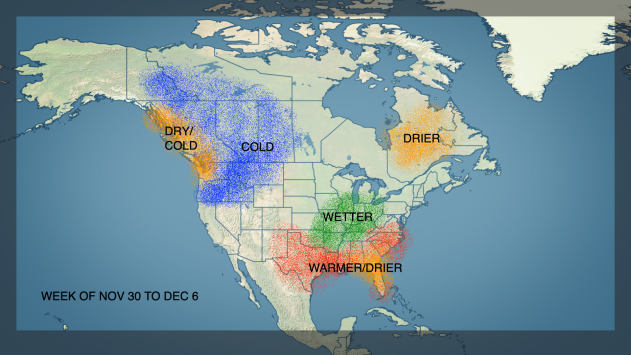 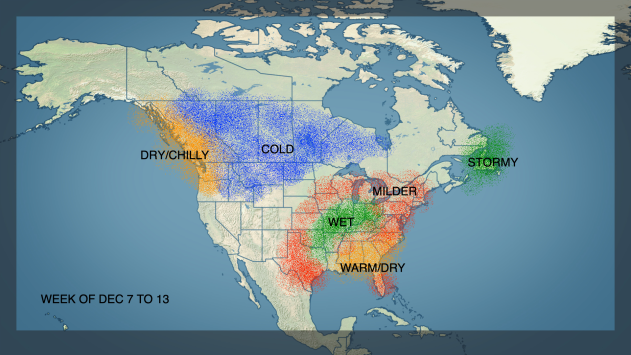 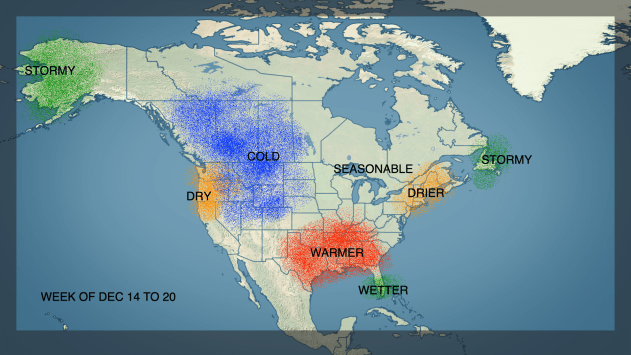