Unseasonably warm air to shift from west to east in September

A large pocket of unseasonably warm air is expected to set up shop across the western half of Canada and the United States into the first week of September with the potential for dozens of new daily record highs through the period. As we progress further into September, the warmest air relative to normal will likely shift into the eastern half of the country as a strong ridge of high pressure in the upper atmosphere builds over eastern Canada.

The tropical Atlantic is starting to wake up after a deep August slumber as several systems out in the Atlantic basin may have an opportunity to develop. It is still too early to say whether or not there will be any U.S. or Atlantic Canada impacts at this point. 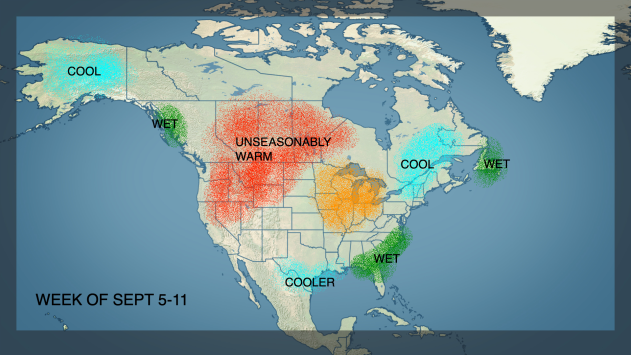 That is a drier area over the Midwest. 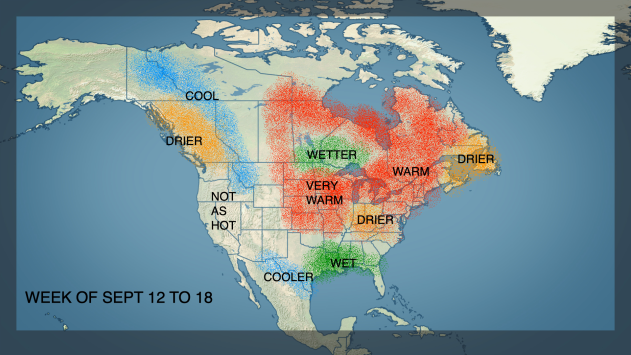 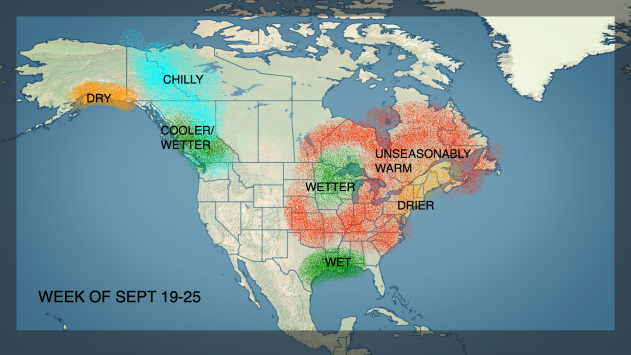