Hurricane Fiona is expected to make a direct hit on eastern Nova Scotia during the early morning hours of Saturday with possibly a record low minimum central pressure for Canada. Even though Fiona will already be undergoing its transition from a tropical hurricane to a non-tropical storm, it will still be a massive and intense storm and equivalent to a Category 2 hurricane, thus we are still labeling it as a Category 2 hurricane at landfall. 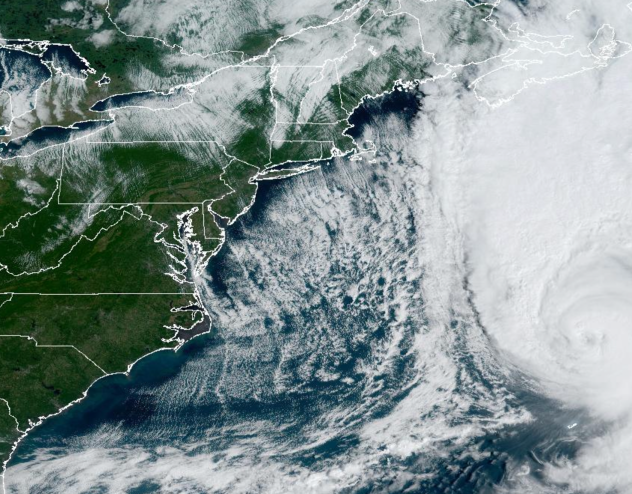 Forecast models remain in excellent agreement in regards to where and when the center of circulation will make landfall and that is near the Canso area over eastern Nova Scotia sometime around 5 a.m. local time. 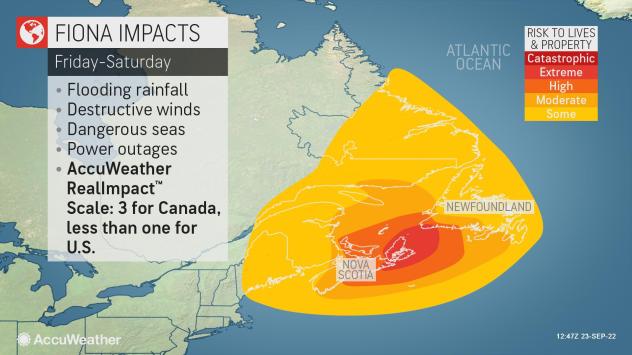 Where the models disagree on is how low the central pressure of the storm will be at landfall. One model (HWRF) is going as low as 916 mb, which seems too low to the Canadian model which is 936 mb. I personally think it will be around 930 mb. Either way, this will be a record low, which is saying a lot! 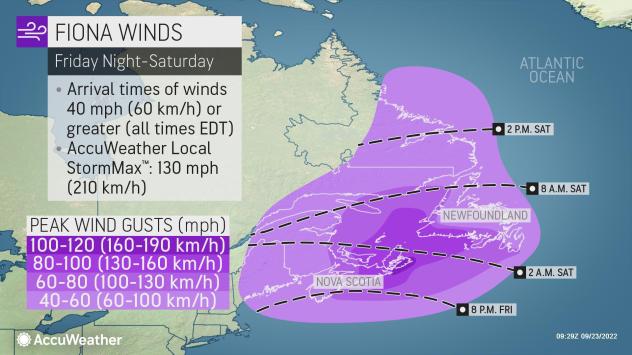 Heaviest rainfall (100-200 mm) will be along and just west/northwest of the center, which puts PEI and central Nova Scotia into a period of sustained heavy rainfall and flooding. Strongest winds will be east and northeast of the center with gusts anywhere from 130-190 km/h. There will also be an area of very strong wind along the north coast of PEI with that northerly fetch coming off the open water. This will also likely lead to coastal flooding. 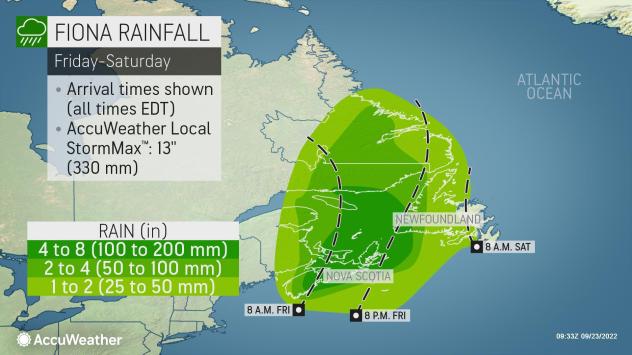 I am curious to see what type of wind gusts we get in the Cape Breton Highlands, which is notorious for powerful southeast winds. However, the strongest winds with Fiona may be more from the Northeast and east in that region, so we will see. The same thing will occur in southwestern Newfoundland with the Wreckhouse winds.

Fiona will likely cause tremendous tree damage with snapped limbs and uprooted trees, which will undoubtedly cause widespread power outages that could last days or weeks in some areas. Exposed harbors, especially over Cape Breton, will experience a significant surge of water, which will lead to coastal flooding and damage to exposed boats and property. 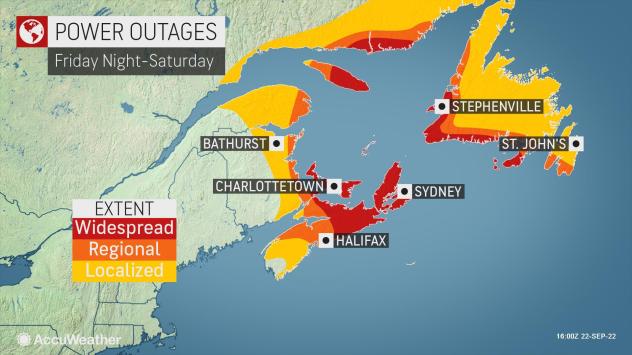 In the Halifax area, this will be different than Juan, since the winds will be coming from an offshore, north to northwest direction with Fiona; therefore, the winds will not be as strong as Juan, and there will be much less storm surge. However, this will still be a full-blown tropical storm with heavy rain, flash flooding and downed trees that with lead to regionalized power outages.

Extreme southwestern Newfoundland will also be significantly impacted with strong easterly winds Saturday; however, I suspect the heaviest rainfall will end up well to the west.

Fiona may actually briefly turn toward the north-northwest for a short time Saturday morning as it gets captured by the upper trough merging in from the west. Once Fiona gets captured it will begin to resume a more north-northeast then northeast track.

For Nova Scotia, the peak of the storm will be from the early morning hours of Saturday through the early afternoon. Winds will start to slowly ease after that, and the rain will become more broken in areal coverage as the central pressure of Fiona starts to steadily rise (indicating weakening) and drier air gets entrained into the storm.

This will be a storm for the history books and one that will be talked about for years to come. Be safe everyone!

***Please note.....I will be doing some live updates on Fiona via my twitter, which is BrettAWX