Where to spend summer in Europe

Leave the massive crowds of tourists behind in France or Italy, and make your next trip to one of these beautiful 'least-visited' European countries.

If you have some time during the summer and would like to travel, Europe is a great place to visit. There is so much to see in the summer months as far as scenery goes. There is also a rich history that boasts museums, castles, parks, and more. Throughout the summer, there are plenty of festivals and things to do in the evening if you want to let loose a bit. Cozy cafes, street vendors, bars, and 5-star dining is available around every corner of Europe’s streets. If you’re traveling to Europe for a bit this summer, there are many places you should add to your itinerary. Some may require you to travel a bit more, but they’re worth the extra mileage. 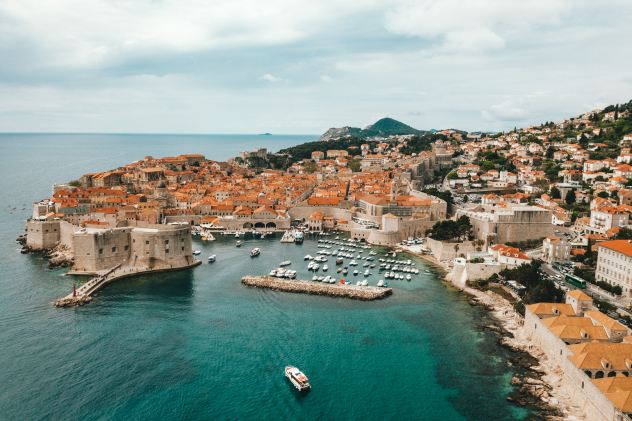 Photo by Spencer Davis on Unsplash

Located on the Adriatic Sea, Dubrovnik is an exceptionally preserved medieval city. There are ancient walls and a maze of baroque-style buildings to take photos of and enjoy. It’s a tranquil seaside location that allows you to stroll through the gardens and open areas. You’ll be mesmerized for hours by just sitting back and watching the locals. The Old Town makes you feel like you’re watching a civilization from many decades ago. If you’re up for a little more adventure, there is cliff jumping and snorkeling. Historical sites include Roland’s Column, Pile Gate, and the Cathedral of the Assumption of the Virgin Mary. Visit Dubrovnik from May to June. Things heat up from July to August. September through October is pleasant again. 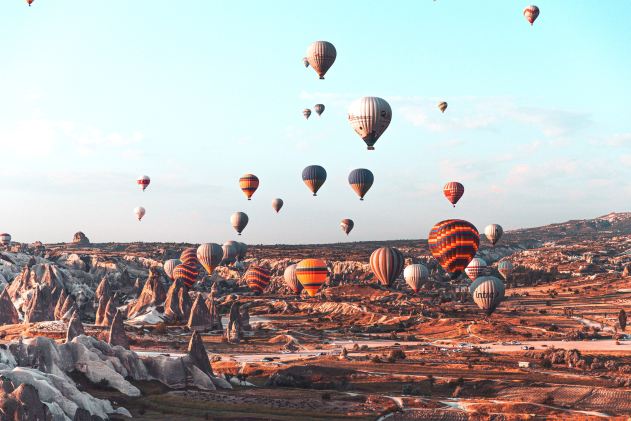 Photo by Daniil Vnoutchkov on Unsplash

This is a location that looks like no other when it comes to a natural wonder. Some boulders and caves are absolutely magnificent. Traditionally-styled homes and underground tunnels make you feel like you’re in an entirely different world. You can go for a hike if you’d like to see Cappadocia on foot. There are also hot air balloon rides that take you above all of the boulders and hills. You should also stop by some of the picturesque valleys. Red Valley, Love Valley, and Fairy Valley have some of the best sunsets in the world. If you’re looking to spend some outdoor time here, you’ll want to visit between April and October. The rainy periods have subsided, and there isn’t a lot of wind. 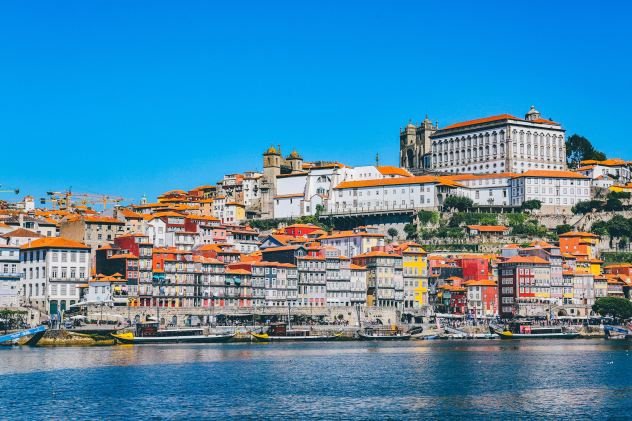 Photo by Nick Karvounis on Unsplash

If you would like to take an abbreviated tour of Portugal, you can spend about 2 to 3 days in Porto and experience it all. Its medieval architecture and culture are beautiful with cathedrals and churches everywhere. There are restaurants tucked in throughout Porto, with cuisine that will make you want to stay forever. There are also wine caves where you can attend a tasting. Historical spots include the Serralves museum, and the Jardins do Palácio. You’ll want to stop by Porto in May through September. This is when the sun is shining bright during the day, but the breeze from the sea will cool you down as you sightsee. 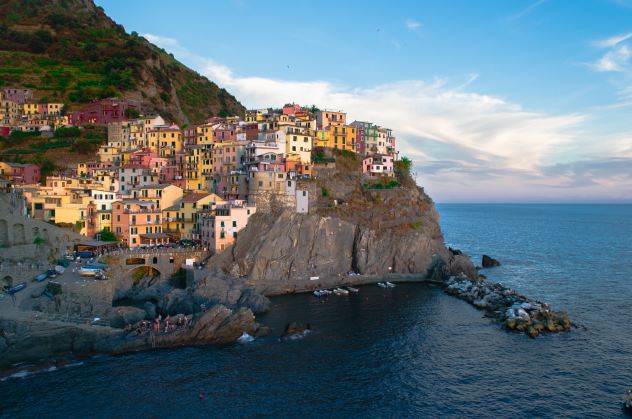 Photo by Jack Ward on Unsplash

If you’re someone who loves to appreciate the natural beauty of a location that you’re traveling to, you should make a stop in Cinque Terre, Italy. This is the location of 5 different UNESCO World Heritage sites that include Riomaggiore, Corniglia, Manarola, Vernazza, and Monterosso. You can only access Cinque Terre by boat or train. You’ll enjoy the coastal scenery along the way. If you want to eat your way through Italy as most people do, you can taste fresh and local seafood, homemade pasta and warm bread right out of the oven. There is hiking, coastline swimming, and much more if you want to get your exercise in for the day. The best time you can visit Cinque Terre is from the middle of May to the middle of September. Swimming is prime at this time, with hiking being optimal in the middle of March to the middle of October. 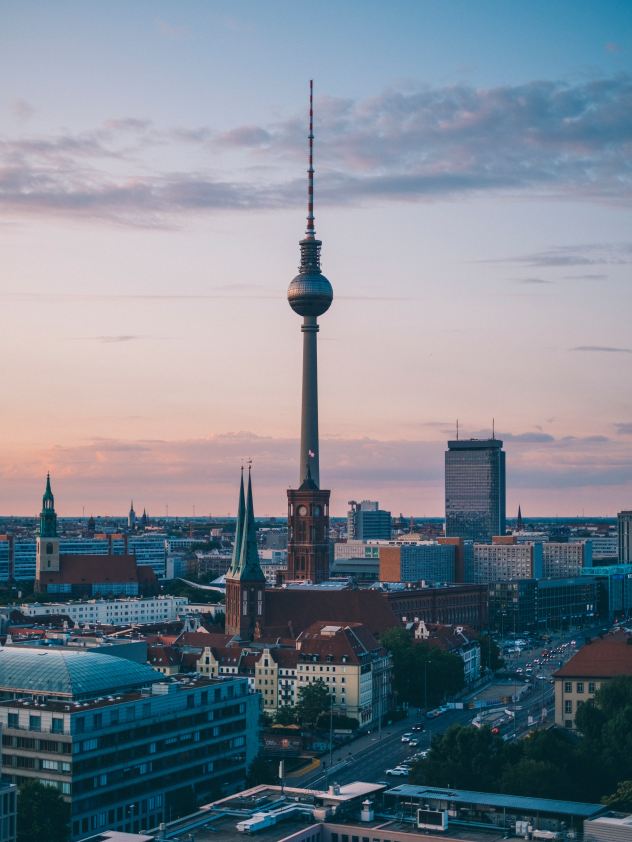 Photo by Adam Vradenburg on Unsplash

One of the most commonly traveled locations in Europe, Berlin has some of the best historical attractions in Europe. There are cultural remembrances for people like Hitler, Einstein, and even JFK has a historical speech that he gave in Berlin. In general, you’ll find that Berlin is very laid back. Street life is the place to be if you’re traveling in the summer months. You’ll be able to pick up some amazing food while enjoying music and fun during the evenings. If you want the best scenic view of Berlin, you’ll want to travel to Berliner Funkturm. If you’re interested in the musical and theatre scene in Berlin, stop by the Deutsches Theater, Deutsche Opera House and see a show performed by the Berlin Philharmonic Orchestra. June and July are the best times of the year to visit. The afternoons are cool enough that you can walk around comfortably. 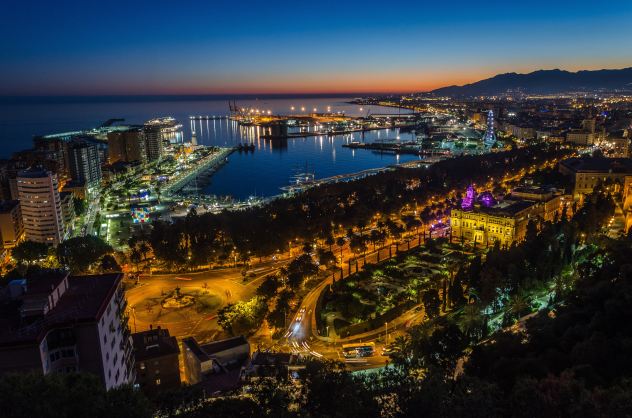 Photo by David Becker on Unsplash

The world renowned Picasso came from Malaga, and it is one of the most beautiful and commonly traveled areas in Spain. It has a very energetic nightlife with plenty of food culture, and Michelin starred restaurants. It’s the perfect place to relax. You can spend several days at one of the pristine beaches in the area. To take a break from the sun and heat, you can shop at Pier 1 Port of Malaga. El Palo’s fishing district is a break from reality with freshly grilled sardines on the beach. Don’t forget to visit the Picasso Museum in Malaga. His works are also featured at the Museo Carmen Thyssen, the Gibralfaro Castle, and the Roman Theatre. Visiting Malaga is prime in May through September. You’ll have warm afternoons that you can spend on the beach. The evenings are much cooler. You’ll be comfortable sitting in a restaurant or bar patio, sipping on cocktails, and reflecting on the beauty of the day that you just had.

It’s always a great opportunity to travel to somewhere far from where you reside within the U.S. The differences in culture can be life-changing for so many people. If you have the privilege to plan a trip to Europe, spend a good deal of time researching where you might want to end up. Leave some open time as well, where you don't have anything set in stone for scheduling. You may want to stay in a certain location longer than you anticipated. You may even incur some traveling issues or weather problems. The last thing you want to happen is to be rushed with your Europe trip. Leave enough time packed in to get lost (on purpose) and have the time of your life. There are so many great things you can do in Europe. It is definitely a destination you’ll want to return to in a few years. Don't forget to check the weather forecast each day before you head out to explore. You'll know what clothing to wear and what you should bring along with you.