When is the best time of year to see the Northern lights? 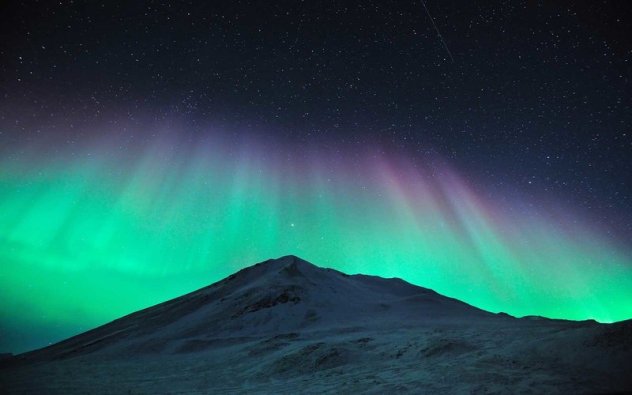 The Northern Lights occur because of an effect known as the Aurora Borealis. This effect of dancing lights occurs when solar particles get stuck in the Earth's magnetic field. The best place to see this effect is in the extreme north. This means you're going to want to be looking at locations such as Alaska and Iceland.

Check out these stunning northern lights.

Iceland is unlike other places, and taking flights there can be an exciting experience since it's literally going to involve you setting out to travel to the top of the world. The recommendations for the area include visiting the Kirkjufell mountain. This is in the western part of the country.

The country is actually so good for viewing the famous effect. However, you can even sometimes see it from suburbs in big cities. The best thing to do, though, is to travel up high to places like Grotta Lighthouse. For this particular location, you're going to want to go any time except for spring or summer. The fall through the winter in the country has the most spectacular views.

Countries like Finland and Sweden are located in the north, and they are often great places to view the lights. A big place that is often recommended is the town of Kiruna. It's the most northern town in the country. There's a place high up that's not too far from the town where you can have ideal conditions for catching the light.

It's relatively stable in terms of weather, though it is quite cold, so you will want to dress accordingly. Just about any place you go is going to require warm clothing, however, since we are talking about going as far north as possible.

Other areas that are often a good idea to try out include the Lapland area in Finland. There are parks where you can take in the glorious sights of the Northern Lights.

The best time to go here is in winter and fall months, especially from the middle of September through the end of March.

If you're the adventurous type? Go Green...as in Greenland. There are places here that are actually too far north to be a good viewing ground for the lights. The best places include the southern parts like Qaleraliq, where there's a glacier. You'll want to go from August to April to see it here.

The best places to go in North America include northern Canada and Alaska. The best places include Manitoba, Fairbanks, and Whitehorse. This could be an easier trip since you wouldn't have to trek across the world to see the lights.

Yellowknife, the capital of Canada's Northwest Territories is a prime spot for viewing the Northern Lights. There's a place here called Aurora Village, which is all about finding the lights. In general, Canada is an excellent place to view the lights because of how far north it is and the fact that Canada has put in environmental protections so that there's less development in the north.

This means less light pollution, which means better viewing opportunities for the lights. Other places that people often recommend for viewing include Jasper National Park and Wood Buffalo. Canada is a friendly and welcoming place, and it encourages tourism.

You will be surprised at what you can find in Canada that makes viewing the lights easier, including excellent accommodations and plenty of other potential destinations if you want to do more than see the lights on your vacation.

The key is to plan it out ahead of time and make sure that you have enough help and guidance from whatever companies that you use to help you in your mission.

Once you've traveled to the location you want at the time that you want, the next thing to look out for is the weather. You're going to want a clear night for the best spots to view. 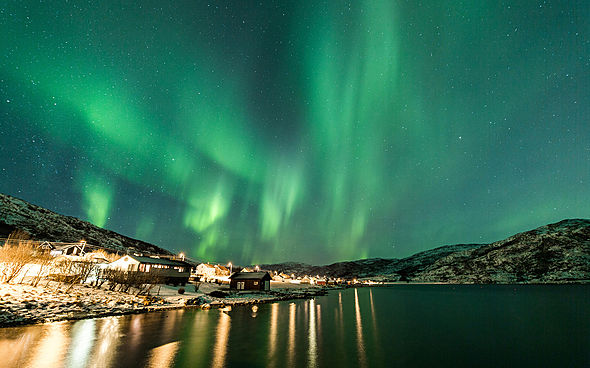 If your goal is to see the magnetic light effect, you can also go to places in the South like New Zealand or Tasmania. It's essentially the same effect as the north, but it's called Aurora Australis instead.

This one isn't talked about as much since it's hard to find places to see it in the south. There are just fewer land masses that far south than what you have in the north.

However, it is certainly possible to do it this way. The best place to go is somewhere in the southern part of Tasmania or New Zealand. The darker skies make it easier to see the auroras. These areas are pretty much the only pieces of land that get close enough to the magnetic pole in the south unless you want to visit Antarctica, which is one of the coldest places on Earth.

You can visit this effect just about any time of year, but you're the best bet is if you pick a Fall or Spring Equinox.

Again, the main thing you're going to want to do is to go as far north as you can, stay there as long as you can, and look for places with clear skies. This will be a combination of scouring weather reports and picking an area with relatively stable weather. Indeed, this can sometimes be a tricky proposition in the north, but it is certainly possible.

Going during the right part of the year is also critical. One way to accomplish all of these things more easily is to find a touring company that can help you out. They will have the most experience. The tour guides can help you with deciding when to go and where to look.

The phenomenon can indeed be a bit rare, so the key is to make sure that you put yourself in the best situation possible to get a chance to see the effect. One of the reasons why it helps to go far north is because the darkness makes it easier to see the lights against the sky even during the day.

Some places in the north are dark nearly all day round and all year round, and flights there are cheap and well worth it for the Aurora Borealis.