The ideal Florida beach vacation but in the middle of America?

One national park has been at the center of controversy between conservationists and industrialists for decades. But its rich history is also filled with those who made the site what it is today.

Indiana Dunes National Park — one of the nation’s more recent additions to the National Park System — is renowned for its soaring sand dunes and interesting ecosystems, but there’s so much more to this park’s history beyond its natural wonders.

Indiana Dunes National Park has been at the center of conflict between conservationists and industrialists for decades, as the valuable land on the shores of Lake Michigan drew the interest of both naturalists and entrepreneurs alike. On both sides of the conflict, intriguing characters made their marks on the park’s history in various ways.

According to Park Ranger Rafi Wilkinson, around the late 1800s “people began to notice not only what could be done industrially in the dunes but also [what could be done] from a preservation standpoint.”

One of the first conservation groups to take an interest in the region was the Prairie Club of Chicago. Wilkinson said, “They were a group of educators, a bunch of scientists and just people who like to get out, and there was already a railroad here … so it did make travel out to the dunes very feasible. [The Prairie Club of Chicago] had a lot of outings [and] there was a lot of scientific research being done here.” 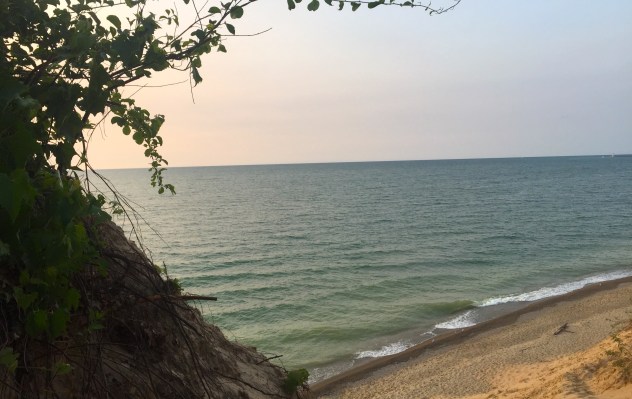 The beaches of Indiana Dunes National Park are popular havens for local families now, and favorite spots for scientists and conservationists throughout history. (Holly Riddle)

One of those researchers was Dr. Henry Chandler Cowles from the University of Chicago and one of the founders of ecology. For Cowles, the Indiana Dunes area was a living laboratory, a place for him to easily explore new ideas in botany, such as plant succession, in an environment just 14,000 years progressed since glaciation.

Another popular, regional, legendary figure of the time — and one with a more scandalous reputation at the time — was Alice Mabel Gray, otherwise known as “Diana of the Dunes.” While not primarily concerned with conservation at first, Gray became notorious for using the Indiana Dunes as a channel for displaying her early feminist anger at the injustice of the wage gap. It’s reported that she rejected one of the few career paths available to women in the early 1900s, and took to living among the dunes on her own in a show of defiance against sexist social norms.

Folklore surrounds her existence. Stories swirled regarding her skinny-dipping habits and nude runs on the beaches. Later in life, she became involved in a murder case. However, her antics made her popular among certain social circles in Chicago and she eventually used her influence to speak publicly on the issue of Indiana Dunes preservation.

The first dunes conservation efforts culminated in the early 1900s, when there was initially an attempt to make the region a national park. Unfortunately, the beginning of World War I turned government attention away from the park service and to the war effort, leaving the Indiana Dunes in the dark. 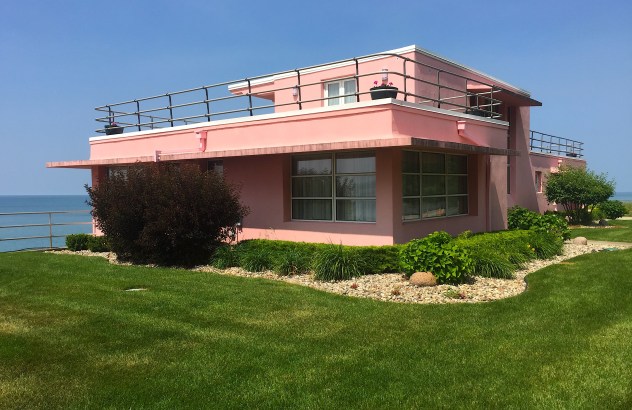 The Florida Tropical House is one of five homes leftover from the Chicago World's Fair and subsequent Beverly Shores development. (Holly Riddle)

In the meantime, industrialists and developers set their sights on the region, most interestingly two real estate brothers who dreamed of bringing the ideal Florida vacation experience to the sands of Lake Michigan, in the form of a development known as Beverly Shores.

“The Bartlett brothers purchased the southern tip of Lake Michigan to build Beverly Shores as part of a number of the sort of resort communities building along the lake here," Zeiger told AccuWeather. "All of these were being built as ways to get out of Chicago.”

But the Bartlett brothers had a particularly unique marketing scheme: Take homes built at the Chicago’s World Fair and Century of Progress International Exposition, bringing them over on a barge, and plant them within the development to attract interested buyers. The houses were part of the fair’s Home and Industrial Arts Group, on display as examples of how future Americans might live a century following the Great Depression. While the homes were impressive, they got a few things about the future wrong; unfortunately, not many modern Americans have a need for a personal airplane hangar in the basement.

“[The Bartlett brothers] knew the houses at the fair were very popular,” Zeiger said, noting the millions of visitors at the fair who saw them. “They thought, what a great way to entice people from Chicago to come out and buy a piece of property here in Beverly Shores. So [the Bartlett brothers] would bring [potential buyers] out on the South Shore Train … [and] tour them through the houses … And it worked out pretty well.”

The Beverly Shores neighborhood still exists today, completely surrounded by the National Park, on display for all to view the results of two brothers’ marketing ingenuity.

Conservation vs. innovation: The lasting impact

As the years went on, the feud between conservation and production over what to do with the Indiana Dunes region, led to a more difficult path for the National Park Service once it did incorporate the region as a National Lakeshore. 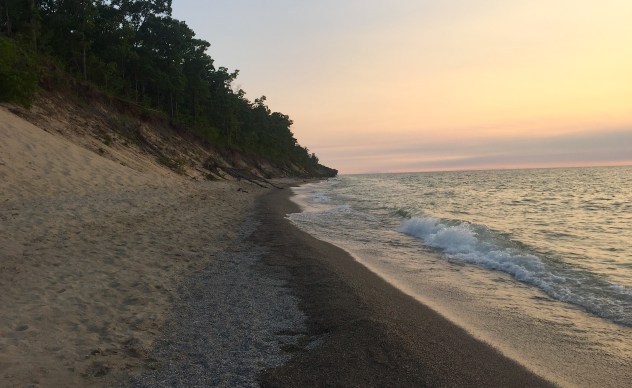 The shores of Lake Michigan that now lie within Indiana Dunes National Park were once under great threat from industrialists and real estate developers. (Holly Riddle)

“By the time [the region] became a National Lakeshore in 1966, all of this land was owned and most of it was developed for some use,” said Wilkinson. “And so the National Park has had to use eminent domain to basically bring back about 13,000 acres. And so that involved thousands of landowners and it really [created] sort of several generations of negativity toward the National Park Service, towards the federal government.”

Indiana Dunes National Park (and previously the Indiana Dunes National Lakeshore) has been forced to re-establish its reputation among the local communities as it recovers from the bad press that came about when nature (and its supporting conservationists) finally reclaimed what innovation had destroyed.

Seeing both sides for yourself

Now, when visitors come to Indiana Dunes National Park, they see the resulting hodgepodge of conservation and progress at every turn. There are steel mills and a power plant visible from certain vantage points along the pristine beaches, their fat smokestacks pumping clouds of pollutants into the sky. Older neighborhoods dot the landscape where bogs and dunes once stood, but walk a few blocks away and you’re engulfed in a gorgeous natural landscape unlike any you’ll find elsewhere on Earth.

The Beverly Shores development still includes the five remaining World’s Fair homes as part of an architectural district, four of which are completely remodeled beautifully and housing four families. One remaining home — the House of Tomorrow, with its personal basement airplane hangar — is still available for lease to a buyer. Many park visitors stop by these houses every day, to take photos of their exteriors, as well as to tour the interiors once a year.

Many other visitors hike the park’s miles of trails, climb the dunes and enjoy the lovely beaches.

The mix of wilderness and urban convenience combine to create a national park unlike any other in the country — and it’s all thanks to the historic characters who have made an undeniable mark on the region’s present and future.