A Pennsylvania-based space company called Astrobotic has taken on a dramatic new task for NASA: deliver a VIPER to the moon.

Not a snake, of course. Astrobotic's payload will be a large rover designed to sniff out water ice buried below the lunar surface, dubbed the Volatiles Investigating Polar Exploration Rover, or VIPER. The launch, which is currently scheduled for late 2023, is a keystone piece of NASA's Artemis program to land humans at the moon's south pole in late 2024.

SpaceX recently launched 60 more Starlink internet satellites into orbit and captured the "fairing deploy sequence" in an awesome video they shared on YouTube.

"The VIPER mission will search for ice and map resources to bring us a significant step closer to NASA's ultimate goal of a sustainable long-term presence on the moon," Thomas Zurbuchen, NASA's associate administrator for science, said during a news conference held Wednesday (June 11). "This will help make it possible for humans to eventually explore Mars and beyond." 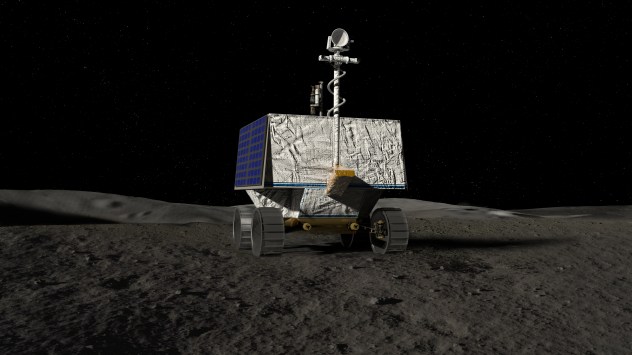 The delivery contract comes as part of NASA's Commercial Lunar Payload Services program, under which the agency hires private companies to fly NASA instruments and experiments to the lunar surface, rather than delivering them on agency machinery.

"Today marks another exciting milestone for a new era of science, exploration and commerce on the moon," John Thorton, Astrobotic's CEO, said during the news conference. "The rover will no doubt be a historic mission."