Nov. 22 (UPI) -- NASA scientists have discovered another 301 exoplanets -- those outside the solar system.

The new discoveries bring the total of validated exoplanets to 4,569 since the discovery of the first ones in the mid-1990s. 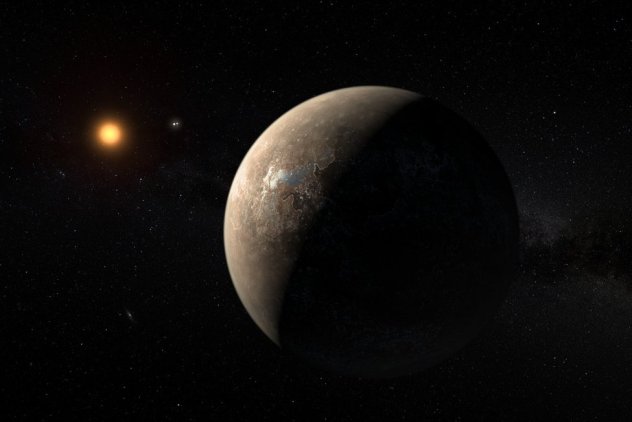 An illustration depicts the exoplanet Proxima Centauri b, the closest exoplanet to the sun and also the closest potentially habitable exoplanet. File Photo by M. Kornmesser/European Southern Observatory

NASA said Monday that the discoveries can be attributed to a new network called ExoMiner, that leverages NASA's Supercomputer, Pleiades, and can distinguish real exoplanets from different types of impostors, or "false positives."

Deep neural networks are machine-learning methods that automatically learn a task when provided with enough data.

⚡️Discovery Alert!🪐
We are adding a whopping 301 exoplanets (worlds beyond our solar system) to the list of confirmed planets! "These 301 discoveries help us better understand planets and solar systems beyond our own, and what makes ours so unique.” https://t.co/hIwCVbMTBO pic.twitter.com/vmKanvLo6c

ExoMiner supplements people who are pros at combing through data and deciphering what is and isn't a planet. Specifically, they study the data gathered by NASA's Kepler spacecraft and K2, its follow-on mission.

NASA has an online archive that contains details of the exoplanet discoveries.

Meanwhile, a study by Purdue University in 2019 said that astronomers had identified two exoplanets that could even support life. That same year, two scientists were awarded the Nobel Price in Physics for their discovery of an exoplanet orbiting a solar-type star.