Nov. 17 (UPI) -- A new study from Britain's Natural History Museum and the University of Glasgow has found that carbonaceous asteroids may have played a key role in seeding the Earth with the ingredients of early life.

A fragment of the Winchcombe meteorite, which is believed to have broken off of an asteroid near Jupiter and reached earth within the last million years, has been found to contain extraterrestrial water, and organic compounds, that provide insight into the origin of Earth's oceans. 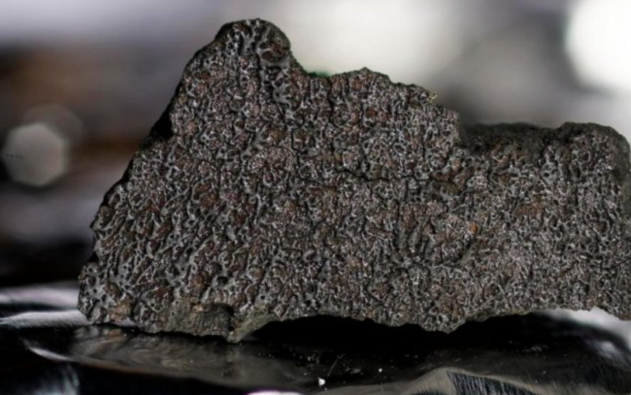 Scientists have analyzed the Winchcombe meteorite and found it may contain insight into the origins of life on Earth.

"The rapid retrieval and curation of Winchcombe make it one of the most pristine meteorites available for analysis, offering scientists a tantalizing glimpse back through time to the original composition of the solar system 4.6-billion-years-ago," said Ashley King of the Natural History Museum, one of the paper's co-authors.

Scientists have been puzzled by the origins of Earth's water because the early planet was too hot to allow it to accumulate. This has led to theories that much of Earth's water is of extraterrestrial origin.

"One of the biggest questions asked of the scientific community is how did we get here? This analysis on the Winchcombe meteorite gives insight into how the Earth came to have water -- the source of much life," said Luke Daily, a lecturer in Planetary Geoscience at the University of Glasgow and co-author of the paper.

Comets have been proposed as a possible origin of Earth's water, but the chemical composition of water in comets differs vastly from terrestrial water. An analysis of the meteorite's carbon and nitrogen-bearing organic compounds, and amino acids, found that they could have provided some of the components of early life.

The meteorite was discovered hours after crashing into a driveway in Gloucestershire, England, in 2021. Footage of the meteorite burning as it entered the atmosphere allowed scientists to calculate the trajectory that brought it to Earth. The speed of the recovery makes it unlikely that the water discovered was of terrestrial origin.

Scientists examined atoms created by irradiation from cosmic rays to determine that the meteorite traveled through space for approximately 200,000 to 300,000 years.

The composition of the water found in the meteorite was a near-perfect match with water found on Earth, making it unlikely in the eyes of scientists that the water discovered came from a collision with a comet.

Researchers believe analysis of the meteorite will provide insight into the origin of life for years to come.