Officials confirmed fatalities in Albania, Montenegro and Serbia following days of heavy rain that flooded hundreds of homes and forced members of the Serbian army to carry out evacuations.

At least six deaths were reported due to flooding during the past weekend and early this week throughout the Balkans following several days of heavy, torrential rain, authorities said.

A father and son went missing Sunday in Albania after their car was swept into a river as floods were happening in the north of the country, Reuters reported. Both of their bodies were found by police divers Monday morning in the village of Boge, located about 90 miles north of the Albanian capital of Tirana, according to a report from The Associated Press.

Overflowing rivers in nearby countries had already claimed four lives over the weekend, including a woman and her two children in the neighboring country of Montenegro, and a 2-year-old in southern Serbia, the AP said. 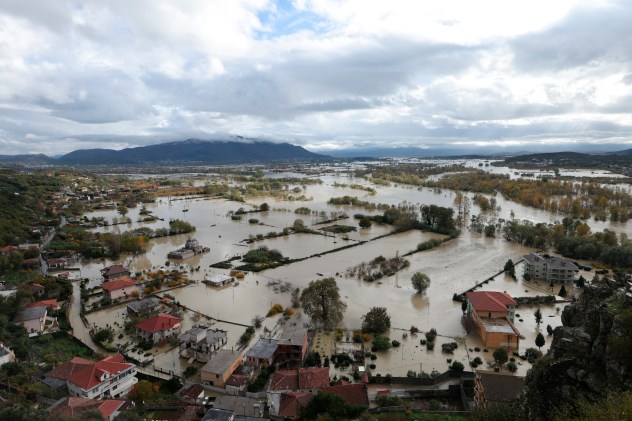 A general view of a flooded area near Shkoder town, northwestern Albania, Monday, Nov. 21, 2022. Authorities say torrential rain over 48 hours in the Western Balkans has claimed at least six lives and flooded agricultural land and homes, with Albania's districts of Shkoder and Lezhe being the most impacted areas. (AP Photo/Franc Zhurda)

AccuWeather Senior Meteorologist Jason Nicholls said the rain started Friday but got especially heavy over the past couple of days.

Agricultural territory in the Shkoder and Lezhe districts of Albania was harshly impacted by the rainfall. At least 7,500 acres of land were flooded, just about 60 miles northwest of Tirana, the AP reported.

“Shkoder is at the moment isolated from the rest of the country,” Mayor Bardh Spahia told the AP.

Army troops were in charge of evacuating families after over 600 homes were flooded. The AP reported southern Serbian authorities called a state of emergency as a response to the heavy flooding, also deploying their army for evacuations and deliveries of food and drinking water.

The Drini River, known as the longest in Albania, overflowed its banks by at least 4 inches Sunday, according to authorities. Additional bodies of water in the country support Albania’s hydropower electricity production and were finally able to be filled after facing the worst drought in years during 2022, according to Reuters.

Officials with KESH, a state-owned power utility, told Reuters they were not only able to fill their reservoirs after the rainfall this weekend but also had to discharge more water to keep two of its dams safe. 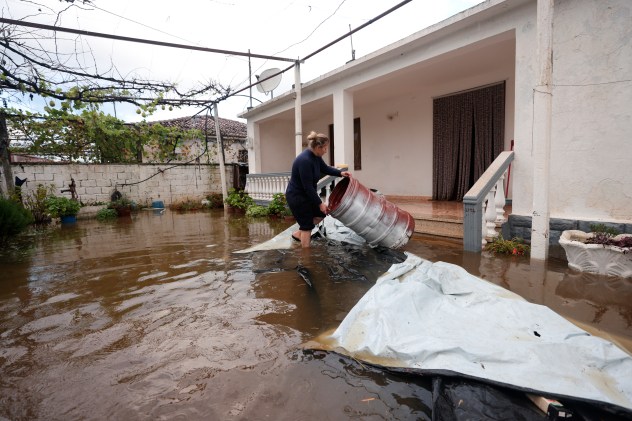 A woman carries a barrel out of a flooded house at Kuc village, near Shkoder, in northwestern Albania, Monday, Nov. 21, 2022. Authorities say torrential rain over 48 hours in the Western Balkans has claimed at least six lives and flooded agricultural land and homes with Albania's districts of Shkoder and Lezhe being the most impacted areas. (AP Photo/Franc Zhurda)

Farmers are reeling from the damage caused by the flooding and hope to get help from the Albanian government.

“We need government assistance because damage from flooding is very, very grave,” Lina Zefi, from Kuc village, located about 6 miles from Shkoder, told the AP.

Nicholls said the rainfall will continue at least for one more day before conditions improve across the waterlogged region.

"There will be some light to moderate rain Wednesday then [it will turn] dry Thursday through Saturday," Nicholls said.