A 6.4 magnitude earthquake rocked Nevada on May 15. Several roads including this one in Nye County, Nevada, were closed due to sustaining damage.

An early Friday morning earthquake near Tonopah, Nevada, was strong enough to be felt over 300 miles away in areas such as Bakersfield, California. The 6.5 magnitude quake struck at 4:03 a.m., PDT, according to the U.S. Geological Survey and had a depth of 2.5 miles. The USGS upgraded the quake’s magnitude to 6.5 from 6.4 about an hour after the initial strike. 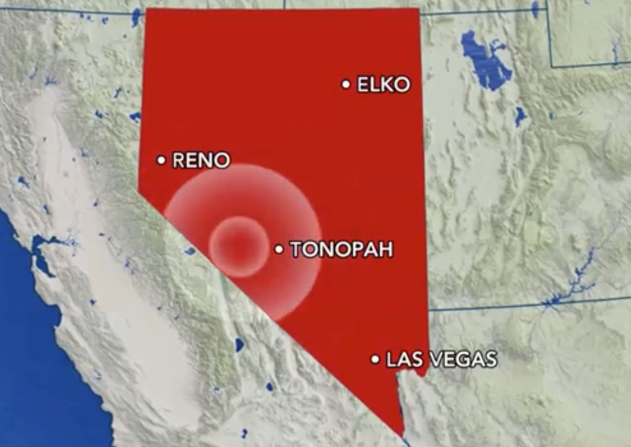 There were no immediate reports of damage or injuries in the small town of Tonopah, located about three hours north of Las Vegas. Tonopah is home to the Tonopah Test Range, home of the U.S. Air Force's test site of experimental and classified aircraft and famous for its connection with Area 51 enthusiasts.

In Esmeralda, Nevada, aftershocks in the same area were recorded within 15 minutes ranging from 3.8 to a strength of 4.9. This is the third 3.0 magnitude earthquake in the last 10 days for the region, according to the LA Times.

Highway 95 was closed in both directions in Esmeralda County, Nevada, on Friday after it was discovered that the quake caused a large crack across the road. 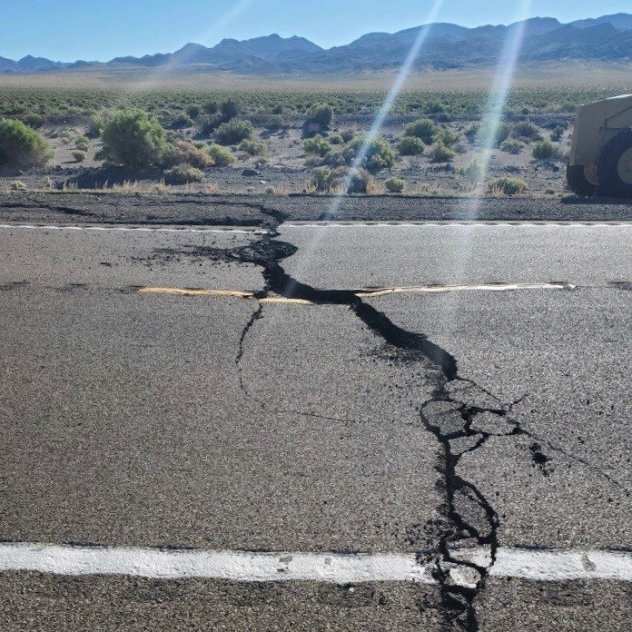 Highway 95 in Esmeralda County, Nevada, was closed on Friday morning after the earthquake opened up a large crack across the road. (Twitter/ @NHPNorthernComm)

Seismographs across the region detected the initial earthquake and subsequent aftershocks, including several around Mammoth Lakes, California, located about 85 miles southwest of the epicenter. 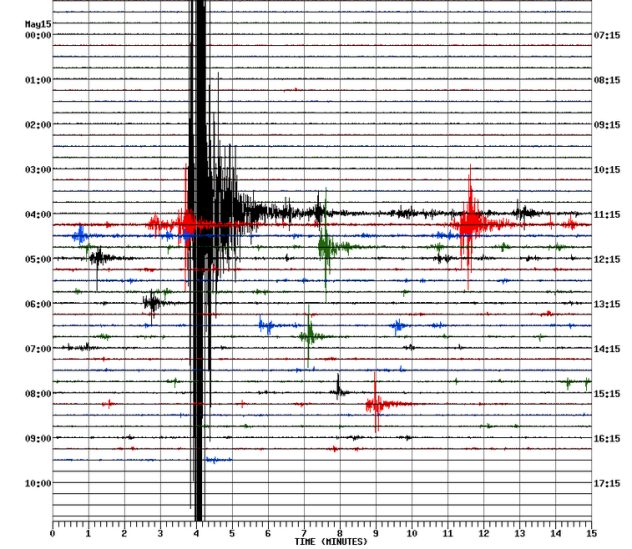 According to contributed reports from the USGS, residents as far east as Salt Lake City, Utah, reported feeling the quake and as far southwest as San Diego, a 750-mile range of reported impacts.