Independent analysis of 25 million weather forecasts by the ‘JD Power of weather prediction’ over an 18-month period shows forecasts are the most accurate among top weather providers in all categories tested.

AccuWeather Global Weather Center, January 6, 2020 — In the latest statistical comprehensive comparison of forecast accuracy, global weather and digital media leader AccuWeather was once again overwhelmingly confirmed as the world’s most accurate source of weather forecasts over all other weather providers in the three parameters verified in the study -- high-and low-temperature and wind speed.

The results were reported by independent industry tracker ForecastWatch, which Forbes magazine dubbed “the JD Power of weather prediction,” and demonstrated again why AccuWeather forecasts are the most trusted to provide actionable insights to help people and business better cope with the impact of weather.

The study, which covered the period of January 2018 through June 2019, also examined wind speed forecasts and concluded that AccuWeather was the provider with the highest level of accuracy. AccuWeather had the lowest absolute error of the other weather sources examined in the study, performing 7.6 percent better than the next closest provider.

In addition to AccuWeather, data was collected from five top global providers of weather forecasts, including The Weather Channel, Weather Underground, both owned by IBM, Foreca and Dark Sky. Notably, while AccuWeather, which makes its forecasts available free to the public via its popular apps and AccuWeather.com, ranked first in high- and low-temperature forecast accuracy, Dark Sky, a weather app available at a cost to users, ranked last in both categories in this ForecastWatch study. In wind speed comparisons, both The Weather Channel and Weather Underground were ranked last and were found to be 47.2 percent less accurate than AccuWeather in wind speed accuracy.

The full study can be found here.

“While no one can prevent threatening or disruptive weather from occurring, the right weather forecasting and warning source can help people and businesses cope with it better so they can make the very best weather-related decisions,” said Dr. Joel N. Myers, AccuWeather Founder and CEO,  “The latest ForecastWatch report proves what AccuWeather has been demonstrating to its loyal users and customers for more than five decades – the reliability and consistency of AccuWeather forecasts save lives and help people protect their families and property better than other sources.”

Myers further emphasized that while the margin of AccuWeather’s superiority in weather forecasting is highly significant and meaningful, the true value and advantage of the company’s forecasts is even greater than these statistics demonstrate.

“As other studies have shown, our leadership in accuracy is the foundation on which all our innovative products and services are built. In addition, AccuWeather forecasts are much more localized to individual addresses when compared to the more general forecasts other sources provide. And, AccuWeather also provides more detailed forecasts both in location and time, such as our patented MinuteCast® and hour-by-hour forecasts. AccuWeather’s forecasts also extend farther into the future than any other source, with 90-day forecasts available for all locations on the planet,” he said.

These added benefits, explained Myers, coupled with AccuWeather’s greater emphasis on how forecasts impact peoples’ lives and activities, make AccuWeather’s forecasts uniquely valuable when compared with those from other sources.

Myers said AccuWeather's Superior Accuracy is powered by exclusive patented technology, the largest collection of forecast models and data, leading-ed predictive AI and machine learning, and the best IP and procedures developed and refined over the company's 57-year history, combined with the most talented and experienced group of meteorological forecasters anywhere.

The independent analysis by ForecastWatch, the world’s premier weather forecast monitoring and assessment service, provides additional clear, concrete evidence that AccuWeather's forecasts are superior to all other sources and, as a result, brings the most significant benefits to people and businesses who rely on AccuWeather’s forecasts to make decisions and to stay safe and out of harm’s way and for more effective planning, when weather is a factor.

The study’s results are significant because the greater the measure of accuracy for weather forecasts and warnings, the better decisions people and businesses can make to plan around hazardous weather conditions and severe weather events, and as a result, the more lives are saved, the more property is protected, and the more losses are reduced.

Said AccuWeather Vice President of Business Solutions Jonathan Porter, “The impact of weather cannot be overstated, and the value of the most accurate weather forecasts and the proper assessment of their impact in advance allows companies to keep customers and employees safe, minimize losses and liability, save costs, improve efficiency and significantly outperform their competitors with uniquely valuable insights.”

Some recent examples of AccuWeather’s dedication to forecasting and communicating with Superior Accuracy include:

December 2019 -- A series of out-of-season tornadoes caused widespread damage, injuries and fatalities in the Deep South. In addition to passing on official government warnings through its free apps and accuweather.com site, AccuWeather provided an average of 33.8 minutes of advanced warning for clients in the impacted Mississippi area. A refinery client in Sandersville was notified that a tornado was 2 miles away, enabling it to safely shelter employees, and another client in Wallerville was notified that a tornado 6 miles away would not impact its facility, saving it costly shutdown time.

November 2019 –When a potent storm was moving through the southwest, storm potential outlooks issued solely by AccuWeather correctly predicted the flooding rainfall across Arizona and Southern California.  Only forecasts issued by AccuWeather two days prior to the flooding rainfall contained timely, accurate and impact-driven details about the impending hazardous weather in Phoenix. Forecasts issued by other sources did not contain the same level of detail and accuracy.

October 2019 -- An early October snow blanketed Manitoba, Canada and caught many off-guard. A railroad client was prepared thanks to a detailed AccuWeather forecast that called for an unusually early snowstorm several days in advance. AccuWeather was the only source outlining the potential for significant snow, enabling the client to make preparations based on the storm’s estimated time of arrival as well as the amount of snow expected, ensuring the safety of those on the line while minimizing impact to operations.

In business to help keep people safe, AccuWeather has also developed many scientific breakthroughs and life-saving innovations, such as its exclusive AccuWeather RealImpact™ Scale for Hurricanes, a six-point scale, including a rating of less than one, to better communicate the impacts of hurricanes and tropical storms.  Unlike the widely used Saffir-Simpson scale, which only uses wind speed, the RealImpact Scale incorporates a variety of factors to communicate the threat of a hurricane, such as flooding rain, storm surge and total damage and economic loss in addition to wind speed. Introduced in January 2019, AccuWeather’s new scale was utilized this past hurricane season, for example, warning Bahamians that Hurricane Dorian would be a RealImpact of 5, so they would understand the imminent danger and act accordingly to remain safe and secure property.

AccuWeather Network wins big at Cynopsis Media Best of the B...

AccuWeather Celebrates a History of Science, Innovation with...

AccuWeather Appoints Three Dynamic Industry Leaders to its B...

AccuWeather Partners with Local ABC Stations in Support of 2...

With More Severe Weather Ahead this Week, AccuWeather Warns ...

Towns from Tennessee to West Virginia were hit hard by heavy rain over the weekend, with some of the worst flooding reported in Kentucky. And more rain is in the forecast for the Southeast. 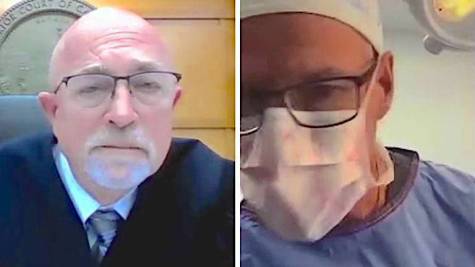 The doctor confirmed he was in the middle of an operation when he showed up for a trial held on Zoom. Plus, Johnson & Johnson's CEO gave an update on when Americans will receive the first doses of his company's vaccine. 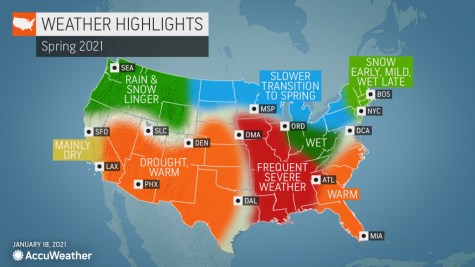 Meteorological spring is here. Here's what to expect

Finally, spring is here. Well, sort of. March 1 marks the first day of meteorological spring, and AccuWeather forecasters break down when the weather will start to feel like the season has transitioned. 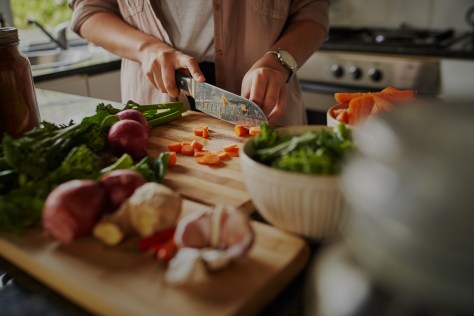 Meal delivery kits to spice up your weekly dinner plans

Tired of the same-old, same-old for dinner? Here are our picks for meal kits with options for every family size and budget. 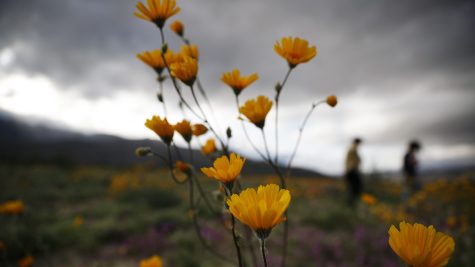 Is March really the dividing line between Winter and Spring? Let’s see why the temperature will take a drastic change after the first day of spring. 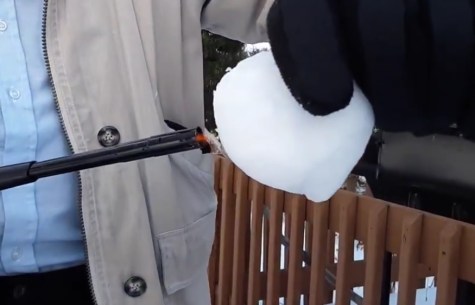 If you put a flame up to a snowball, it will shrink instead of melting into a puddle of water. It’s not fake snow on the ground, but science in action!