Mosquitoes are attracted to some people more than others, but if you fit their dinner menu, there are a couple ways to become unappetizing.

First and foremost, mosquitoes are looking for an easy, safe meal, therefore they prefer hosts who are unaware they’re being bitten so they don’t interrupt the feeding process.

"They would also prefer hosts that are not anemic and have capillaries close to the surface. Other than that, it’s simply a matter of host availability - first come - first served," said Joseph Conlon, a technical adviser for the American Mosquito Control Association. 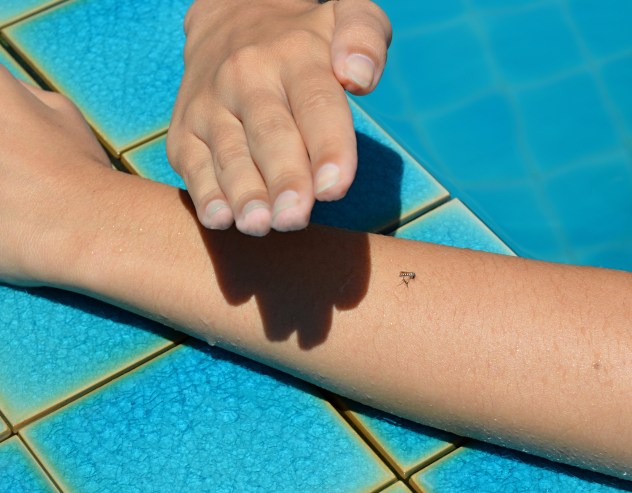 Mosquitoes are also lured in based upon genetic characteristics of how one metabolizes foods, in addition to how the flora and fauna on one’s skin metabolizes skin secretions.

"Mosquitoes will ultimately find you by following the plume of your CO2 exhalations, much like the way a shark locates prey by sensing blood in the water. Lights merely make it a bit easier," Conlon said.

There are over 300 different compounds that emit from the human skin that have been identified. Some have repellent properties, and some have attractant properties. Conlon said scientists are only now beginning to identify them and place them in proper context.

Mosquitoes are attracted to sweat because sweat has lactic acid in it, which is another attractant along with CO2.

If five people are sitting outside and they all share the same relative skin type and odors, they will be equally attractive to mosquitoes. Their position relative to the mosquitoes' resting spots in addition to their activity level, clothes and more will determine who the pest may target.

"If a mosquito identifies you as a potential blood source, it will begin to feed - and will continue to do so until either replete or disturbed. I don’t think we can make any assumptions about mosquito preferences based upon blood type. There are too many other factors in play," Conlon said.

Why mosquitoes are considered the world’s deadliest animal
Which family-friendly repellents work best to ward off pesky mosquitoes?
10 myths about mosquitoes debunked by experts
How to keep mosquitoes away from your deck and home

Mosquitoes aren't necessarily attracted to lights except for Aedes aegypti, also known as the mosquito that carries yellow fever.

"It prefers darker colors and the contrast between them and light colors. This is probably a function of the fact that it can feed during the daytime. At night, when most other species prefer to feed, color is not an issue," Conlon said.

The myth that mosquitoes are attracted to people drinking beer isn't necessarily true either.

"People drinking beer was associated with more attractiveness to mosquitoes in one study performed in the Philippines, but, to my knowledge, that’s the only study showing this," Conlon said.

Conlon said to be advised that these studies used small sample sizes, so their findings need to be taken with a grain of salt.

If possible, schedule your activities to avoid the times when mosquitoes are most active, which are usually around dawn and dusk. You should also dress in light-colored, loose-fitting clothing. 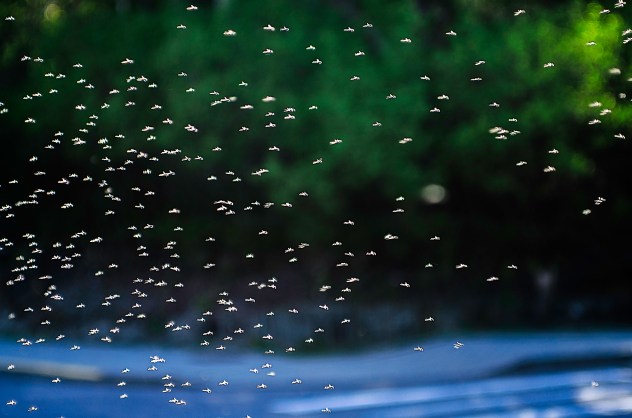 In addition, fans will effectively dissipate the odors the mosquitoes use to locate and home in on prey. It is simply a matter of experimenting until you see results.

Citronella candles have a mild repellent effect but do not offer significantly more protection than other candles, such as Tiki Torches, producing smoke.

Conlon suggests keeping repellents available and said that N,N-diethyl-3-methylbenzamide (DEET) remains the standard by which all other repellents are judged.

According to Conlon, the other repellent, often the choice of those wanting a natural product, is oil of lemon-eucalyptus, sold as Repel®. Repel is a 40 percent formulation of naturally-derived eucalyptus. It is also effective at repelling ticks.

Catnip has been noted for years as a repellent against mosquitoes. However, only recently has its efficacy been demonstrated to the extent it could be registered by the Environmental Protection Agency (EPA).

There are also clothes laced with insect repellent.

"Marketed under the name of Insect Shield, these clothing articles employ a process of impregnating permethrin into fabric that will retain its repellent factor through 70 wash cycles," Conlon said.

According to Conlon, this method is extremely effective at repelling all flying insects in addition to ticks and mites.


Keep checking back on AccuWeather.com and stay tuned to the AccuWeather Network on DirecTV, Frontier, Spectrum, FuboTV, Philo, and Verizon Fios