A simulation of the SARS-CoV-2 virus, which causes COVID-19. (CDC)

Since the first outbreak of the new coronavirus, many in the Northern Hemisphere have been looking ahead to the warmth of summer and the end of the flu season with hope that the number of COVID-19 cases will wane, too. However, with spring underway in the Northern Hemisphere, a recent study shows summer's approaching warmth might not thaw out the virus' grasp on certain corners of the world.

When will the coronavirus stop?

Qasim Bukhari, a computational neuroscientist, and Yusuf Jameel, an environmental scientist, both from the Massachusetts Institute of Technology (MIT), set out to explore that question and discover if weather could slow or stop its spread. They found in their study titled "Will the coronavirus pandemic diminish by summer?" that, in short, for most of the world, the new coronavirus won't diminish come summertime.

"Based on the current data on the spread of 2019-nCoV [or SARS-CoV-2, which causes the illness COVID-19], we hypothesize that the lower number of cases in tropical countries might be due to warm humid conditions, under which the spread of the virus might be slower as has been observed for other viruses," Bukhari and Jameel wrote in the research paper.

But, they cautioned, "The underlying reasoning behind this relationship is still not clear." When contacted by AccuWeather this week, the researchers elaborated on their work.

Relative humidity is a measure of how close the air is to saturation at a specific temperature. Using absolute humidity allows the temperature to be taken out of the calculations.

"It's the old 'remove all other variables' idea in science," AccuWeather Meteorologist and Senior Weather editor Jesse Ferrell explained about why using absolute humidity is important. "If you're looking at one particular variable's effects, you want to remove all others," Ferrell said. 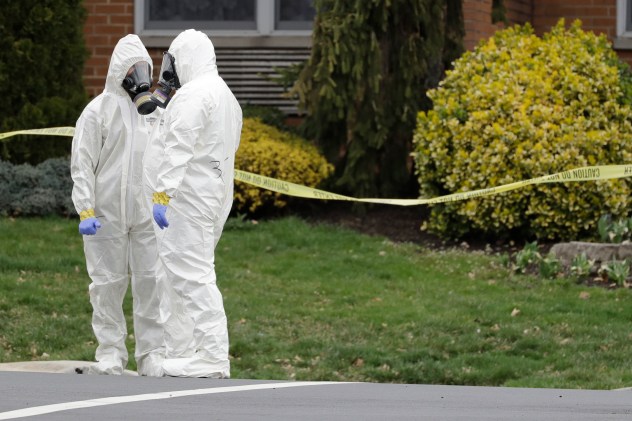 Their research found that countries with warmer and more humid climates, like Singapore, Malaysia, Thailand, and other southeast Asian countries saw a lower growth rate.

Meanwhile, countries and states experiencing high growth rates, including Italy, South Korea, and, in the U.S., New York and Washington states, "Exhibit weather patterns similar to original hotspots of Hubei and Hunan with mean temperatures between 3 and 10 C (37.4 and 50 F) in February and March." A similar phenomenon was noted earlier this month by researchers who noticed that many of the COVID-19 hotspots all existed in a "temperate zone" between 30 and 50 degrees North latitude.

Even in the U.S. around the time of the study, the outbreak was visible across the North-South divide with the more northern states having much higher growth rates compared to southern states such as Texas, New Mexico and Arizona. Though, this isn't without a few outliers.

Oregon -- situated between Washington state and Northern California, which even showed to have more than double the cases of Southern California at the time -- had fewer than 200 cases by March 22. Louisiana, a state typically warm and humid, reported about 1,000 cases by the same date.

The flu virus and other respiratory viruses that cause colds tend to survive best in "low humidity conditions," or around 40% humidity, Virginia Tech aerosol scientist Linsey Marr told AccuWeather. For perspective, this is about the typical humidity seen indoors in the U.S. during the wintertime in areas with heating.

"There’s this kind of middle, intermediate window between 40% and maybe up to 80% humidity, probably 70-80% where the viruses don’t survive very well when they’re in air and on surfaces," Marr said.

Currently, Marr's laboratory is studying where exactly this window lies for the new coronavirus based on the fact that the flu and other known respiratory viruses survive the best in drier conditions. 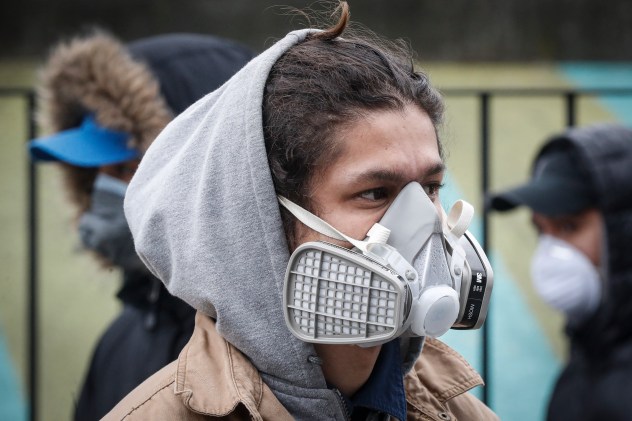 A man wears personal protective equipment as he waits on a line to enter a COVID-19 testing site at Elmhurst Hospital Center, Wednesday, March 25, 2020, in New York. (AP Photo/John Minchillo)

If Bukhari and Jameel's research holds true, the authors said, there might be a short period of relief from the virus in very humid countries, such as those experiencing monsoon seasons.

"However, European and American cities will most likely not see lowering of cases due to climate," Jameel cautioned. There is not yet enough data to determine if the same could be said for the American Southwest Monsoon season.

As for the Southern Hemisphere, where the seasons are transitioning from summer to the cooler autumn months, Bukhari and Jameel warn that now is the time for those nations to begin to take action that curbs the spread of the disease.

"Most of the confirmed coronavirus cases until now have been between 3 and 17 C (37.4 to 62.6 F), so places experiencing those temperatures can be more vulnerable in the future, and that is why it is extremely important they act now," Jameel said.

"Right now, physical distancing, hygiene, testing, and reinforcing health systems (personnel, PPE, drugs, ventilators) are the only measures anyone can take," Associate Professor of Biology at Penn State Center for Infectious Disease Dynamics Dr. Matthew Ferrari told AccuWeather in response to an emailed question about how nations that are about to face the colder months can prepare. "If we, or any country, put the testing and health infrastructure in place to respond, then hopefully the need for severe physical distancing, and the associated social and economic costs, won’t be as dire."

Bukhari and Jameel considered three factors in their study as to what might also have been affecting the numbers besides weather: COVID-19 testing; human mobility; and government action.

They note that while it was possible that some areas in the warmer, more humid climates were seeing fewer confirmed cases because of less testing, reports of hospitals overrun with patients would be a red flag to that being the case.

The second reason they bring up is human mobility from China to other nations. They point out that while there has been travel from China to places like the U.S. and Europe, there has also been travel to southeastern Asia, where there is a lower growth rate of the virus.

The third reason Bukhari and Jameel considered was government action. In many south Asian and African countries, according to the study, it wasn't until March 19 that they shifted out of "normal working mode."

"While we identified weather-related effects, we highly stress on using the proper quarantine measures even in warmer humid regions, to effectively reduce the transmission of 2019-nCoV and protect the vulnerable against it," the authors wrote in the paper.

"To date, the most effective way to reduce the transmission of this virus is social distancing. Without this," Jameel said, "no weather would help anyone in any part of the world."

The combination of physical distancing and testing has shown to be effective in slowing the virus, and possibly stopping it, according to Ferrari. However, it's up in the air as to how long the U.S. will need to maintain physical distancing measures.

"As Anthony Fauci said, 'The virus makes the timeline.' And we can affect that timeline, shorten that timeline, by minimizing contact with each other. Once we see that cases are starting to drop, we will know our efforts are working," Ferrari said.

He noted that the cases being seen now are the result of transmissions that occurred seven to 14 days ago, so it will take up to another three weeks before we see the impact of efforts made now.

Looking ahead, Ferrari advises capitalizing on the efforts the world is making now to prepare for the future.

"In the fall and winter we know that we are going to see an increase in flu-like illness," Ferarri said, and government officials and doctors are unlikely to know for certain until next spring if the weather or seasonality play a factor into how long the pandemic will last.

"Right now, this virus is practically unlimited -- it has the whole population of the world that it can infect and the normal seasonal reductions that we can expect to see with warm weather are unlikely to be enough to stop it," Ferrari said.

What infection rates in Iceland and Australia may reveal about how COVID-19 could spread in the US
Know the terms: A complete COVID-19 pandemic glossary
Daily coronavirus briefing: Congress passes massive financial rescue bill, Spain reaches grim milestone