'You should do what you're capable of doing:' Businesses are stepping up to help amid coronavirus

A massive shortage of hand sanitizer is causing a small Florida brewery to act, bottling its own hand sanitizer. AccuWeather's Jonathan Petramala has more.

Countries across the globe are running short of essential supplies amid the COVID-19 pandemic, and some unexpected companies have entered the game in an attempt to spread the wealth.

Hand sanitizer has been a rare find for anyone entering retail stores this month, with many people resorting to making their own. Earlier this month, Tito's Vodka took to Twitter to inform customers that its vodka is not suitable for making hand sanitizer, as the alcohol content is too low, as per The Centers for Disease Control and Prevention (CDC) recommendation. 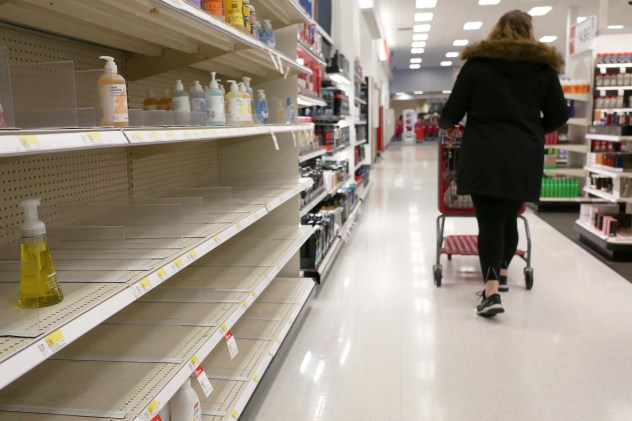 "Per the CDC, hand sanitizer needs to contain at least 60% alcohol. Tito's Handmade Vodka is 40% alcohol, and therefore does not meet the current recommendation of the CDC," the company said.

On March 18, however, The Alcohol and Tobacco Tax and Trade Bureau (TTB) announced they will waive the provisions put in place that prevents companies like Tito's from creating and distributing hand sanitizers, now allowing distilled spirits permittees to produce the product without requiring any additional licensing.

Since then, Tito's has announced they are working on the beginning steps of producing hand sanitizer that fits CDC and industry guidelines. The company plans to produce 24 tons of the sanitizer once production begins.

As of Sunday, March 22, Tito's has been in the testing phase of the production process.

Tito's is not the first company to put its supplies to use during the pandemic, either. Across the United States, local distilleries have begun using their facilities to make hand sanitizer, including New York Distilling Co., located in Brooklyn, New York, according to Bloomberg. 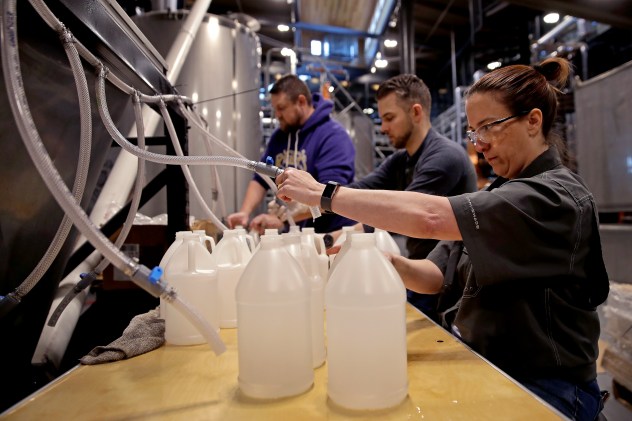 3 Daughters Brewing in St. Petersburg, Florida, has also jumped into the sanitizing business, distributing a homemade product to nonprofits and governmental agencies.

"Chemistry is chemistry?" Desiree Chubb, who is in charge of quality assurance for the brewery, told AccuWeather's Jonathan Petramala. "We have most of the ingredients. We have distilled water, isopropyl alcohol, which we have to clean our tanks and sanitize our ports for testing. Three ingredients, seventy percent alcohol, easy as that." 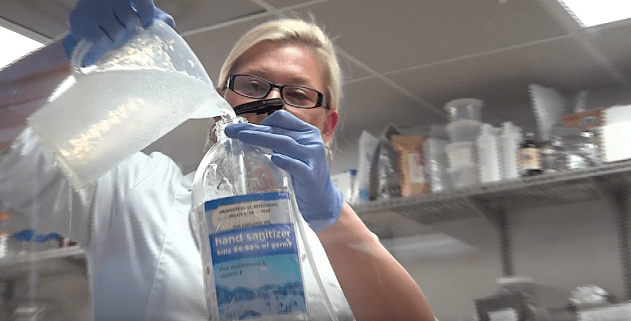 The owner of the brewery told Petramala the focus was on function, not frills, when creating the sanitizer.

"We made it pretty potent. You don’t need to use a lot of it; it was designed not to smell pretty but to kill anything," 3 Daughters Brewing owner Mike Harting said. 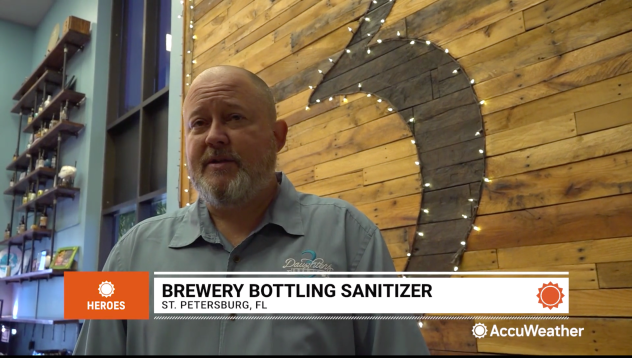 People can still pick up beers, ciders and seltzers, but the brewery plans to continue production and distribution of hand sanitizer to lend a helping hand during the crisis.

“There are some of us in our society that are unable to social distance. This to me is ‘you should do what you’re capable of doing,’” Harting said.

New York Distilling Co. co-owner Allen Katz started off his hand sanitizer production by following home remedies he found online that follow CDC recommendations, and gave them out to his bar and restaurant clients in an effort to help protect their employees while they work. Katz is now switching over to make hand sanitizers that follow the guidelines presented by the World Health Organization (WHO), which he will be able to start producing when his shipment of hydrogen peroxide and glycerin arrives.

On Friday, March 20, New York Gov. Andrew Cuomo issued an executive order for all non-essential businesses to close, a move that took a "substantial" toll on Katz's business, as the majority of his clients were forced to close.

“Our business is based in large part on bars and restaurants, and those have effectively been shut down," Katz told AccuWeather. “It has shut down one mainstream revenue for our business. And I feel for those businesses because they, in many cases, have had to lay off entire staffs.”

New York Distilling Co. has been able to remain functioning during the order, but Katz said his staff has been reduced to a "skeletal" amount to avoid contributing to the spread of the virus.

“We’re not really congregating, whether it's for production or bottling in large capacities," he said. "That's for the most part by our choosing.”

At the moment, Katz said the company's approach is to focus on only making hand sanitizers. “We have essentially shut down our regular alcohol production," he said.

When the product is ready to be bottled and distributed, which Katz said he is hoping will be in the coming weeks, his idea is to sell the hand sanitizer at cost to specific people and organizations, and hopes to work with FEMA in Brooklyn or another similar organization to distribute the product to healthcare facilties. Katz said with the large demand for the product, there is no way he would be able to fulfill it, even locally.

“Provided these test batches work well, we’ll do our very best to create a production methodology to supply the need as best we can in some small but meaningful way,” Katz said.