A week of summerlike temperatures followed by a week of freezing temperatures can mean catastrophe for a vineyard. This man is fighting back with fire.

Winemakers in France fought frost with fire when a drop in temperatures threatened grape crops this week.

After a week of record-breaking high temperatures as a warm spell spread across much of Europe, a cold front brought plummeting temperatures to those same areas, posing a significant danger to many French vineyards.

Jean de Saint Venant, who owns a vineyard in the Loire Valley, lights bales of hay and straw on fire to create a smokescreen that, he said, is like "sunglasses for the vines." The layer of smoke protects the vines from sudden changes in temperature as the sun rises following a cold night and prevents a thaw from happening too quickly. 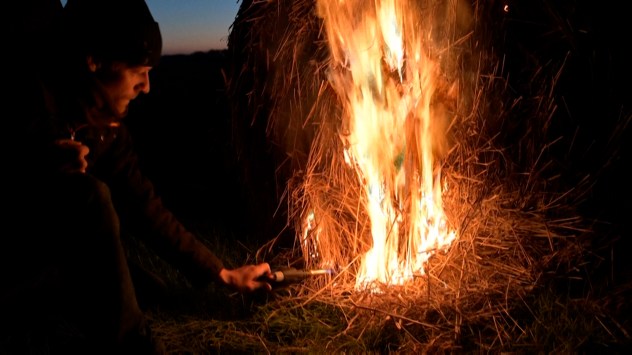 Dr. Herwig Jamek, of Weingut Jamek in the Wachau Valley of Austria told Wine Enthusiast, “During a radiation frost, that smoke acts like artificial cloud cover." The smoke doesn’t allow the warmth from the ground to rise or the freezing air to sink and damage the vines, he said. The fires create just enough smoke to cover the critical frost period.

Spring frost is a threat that has the potential to destroy an entire crop of grapes before the fruit even emerges. During winter, vines are dormant. They are frost hardy and can easily survive temperatures from 14 degrees Fahrenheit to as low as 5 F, according to Wine Enthusiast. However, the situation changes dramatically once buds sprout their first green shoots. Frost damage happens when temperatures drop below 32 F. Buds and shoots have water inside so when they freeze, the tender cell walls burst. 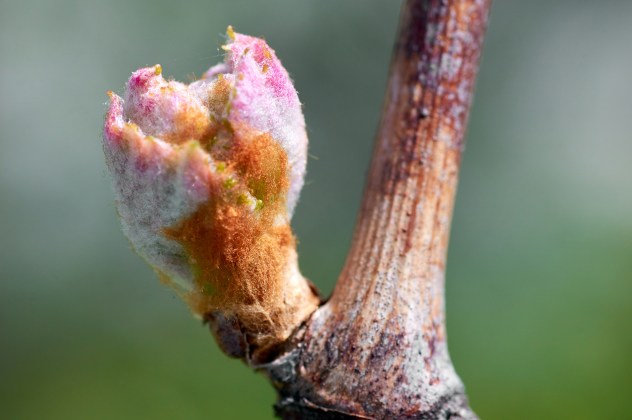 Protecting grape vines from low temperature injury has been occurring for thousands of years. According to a report from the U.S. Department of Agriculture, "It began at least 2,000 years ago when Roman growers scattered burning piles of prunings, dead vines and other waste to heat their vineyards during spring frost events." The USDA estimates that as much as 15% of the total world crop production is affected by cold weather injury every year.

Winemakers employ all kinds of techniques, from helicopters to massive fans and heaters, to salvage crops because frost can devastate vineyards in a single night. A historic freeze just a few years ago is forefront in the memories of many vineyard owners. 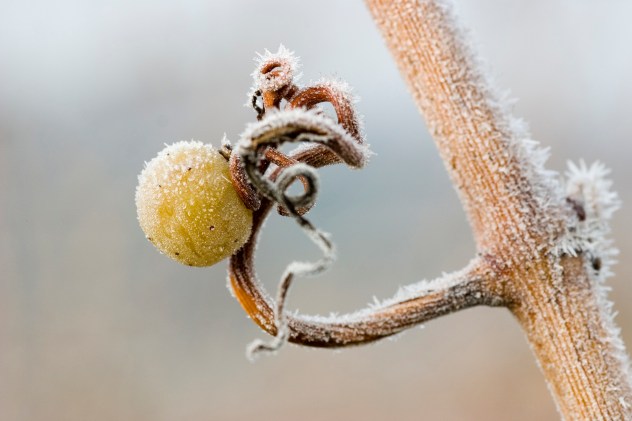 Grape on a tendril with lots of ice crystals. (Getty Images)

In 2017, vineyards from Champagne, Bordeaux and Burgundy were dramatically affected when temperatures dropped below 19 F in all three of those areas. Shoots that had already begun to develop were destroyed. Julien Hubail, expert at the Bugey wine union, told The Guardian that the historic frost in 2017 was the worst any of the winemakers can remember witnessing.

Winemakers are in for a break toward the end of the week with wintry weather and showers expected to taper off in the United Kingdom and into France, according to AccuWeather Meteorologist Adam Douty.

Photographer captures the most detailed images of snowflakes on record Live music returns as summer approaches, restrictions loosen Fiery ‘Gates of Hell’ crater has burned in remote desert for 50 years