Why is December's full moon known as the Cold Moon?

The Cold Moon on Dec. 12 will be the last full moon of the decade. Be sure to bundle up for the cold and catch a glance at the moon on this night.

The long December nights bring crystal clear skies to the Northern Hemisphere, allowing the Cold Moon to glow brightly in the night sky.

Every full moon has a different name depending on what time of year it falls. The Harvest Moon is the most well-known example that occurs every year around the autumnal equinox.

December’s full moon has earned the nickname of the Cold Moon. 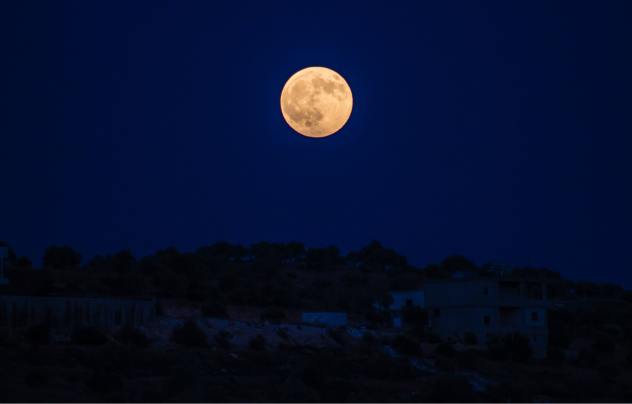 The origins of the nicknames given to each full moon can be traced back hundreds of years to the Native Americans.

“In Native American cultures which tracked the calendar by the moons, December’s full moon was known as the Full Cold Moon,” the Old Farmer’s Almanac said.

“It is fittingly associated with the month when the winter cold fastens its grip and the nights become long and dark,” the Old Farmer’s Almanac said.

December’s full moon is also called the Long Night’s Moon because it typically occurs near the winter solstice, the shortest day of the year.

Other names for the final full moon of the year include the Moon Before Yule, the Oak Moon and the Bitter Moon.

Although December’s full moon goes by several different names, it will appear the same in the sky as other full moons throughout the year.

However, the moon may appear bigger when it is near the horizon due to something known as the moon illusion.

“This is an optical illusion. For reasons not fully understood by astronomers or psychologists, low-hanging moons look unnaturally large when they beam through trees, building or other foreground objects,” NASA said.

If the weather obscures the sky and blocks out the moon on the night that it is full, onlookers can head outside and look to the sky the night before or the night after as it will still appear to be full.