What's the difference between straight-line winds and tornadoes?

While the damage pattern from tornadoes is significantly different than winds from a single direction, both pose a significant threat to lives and property.

Some non-tornadic winds can be stronger and affect a much larger area than a tornado. Hence the need to seek shelter when either a tornado warning or a severe thunderstorm warning has been issued.

Tornado: A narrow path of destruction

Most people realize that a tornado is a high speed swirling column of air that travels across the ground. However, not all tornadoes are created equal. Twisters tend to affect a fraction of an area and are only a small part of a thunderstorm. 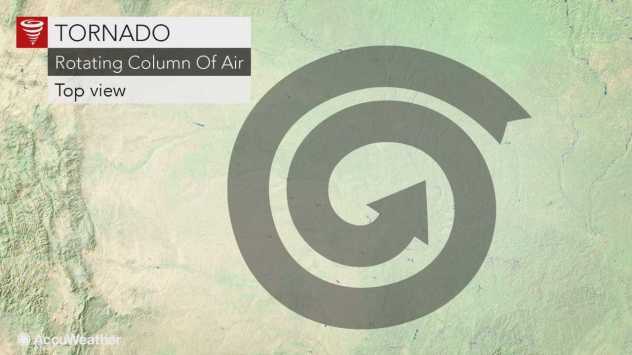 Since most weather instruments cannot survive a direct hit from a tornado and it is impossible to place instruments in every area where a tornado may occur, estimates of wind speed are based upon the severity of damage produced. Tornadoes are rated on a system known as the Enhanced Fujita Scale. 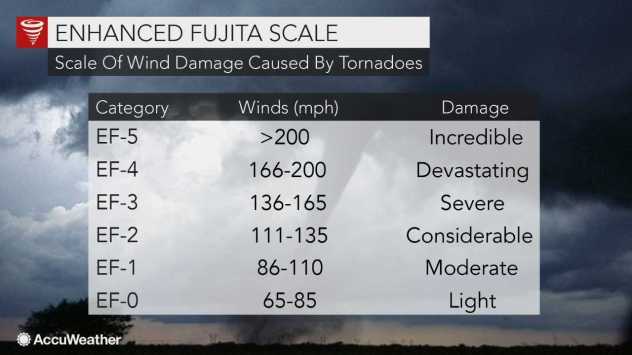 Brief gusts of wind are inevitable during most thunderstorms. Even moderate winds can toss lawn furniture around or topple an isolated weak tree.

However, some thunderstorms have the potential to produce high winds over a broad area.

These high winds are usually produced by an effect known as a microburst. 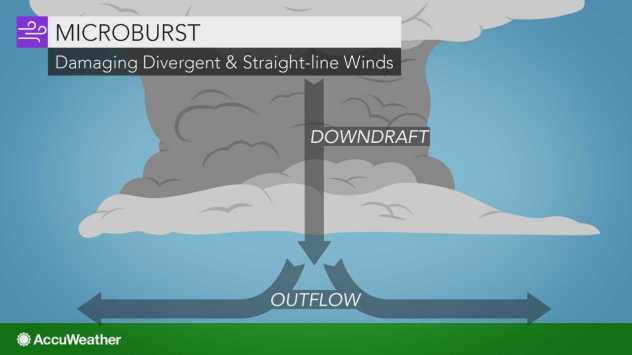 In simple terms, a microburst is a strong downdraft in a thunderstorm that accelerates as it nears the ground. Once reaching the ground, these high winds may spread out in a fan-like pattern or continue in a single direction.

In extreme microburst situations, winds may reach 100 mph, which is as strong as an EF1 tornado.

Microbursts can be extremely dangerous for aircraft on approach to an airport or soon after takeoff. Sudden changes in wind speed can drastically reduce the effective speed of the aircraft, and cause it to stall and crash.

Flights are often delayed as a precautionary measure when thunderstorms are nearby due to the risk of microbursts.

Trained experts will examine the debris pattern following a severe storm. What these experts look for are tell-tale signs of a tornado or straight-line wind damage.

For example, just because a roof was lifted off a building does not necessarily mean a tornado caused the damage. Straight-line winds can easily remove roofs from buildings.

Another example, just because windows were blown out of one side of a building and the rest of the structure is in tact does not necessarily mean straight-line winds were to blame. A weak or distant tornado may have hurled objects at the windows.

A tornado will tend to toss debris around in random fashion. One tree may have fallen in one direction, while another tree nearby may have fallen in a complete opposite direction. Some metal beams and/or tree trunks may have been twisted. Only a tornado contains strong enough winds to remove bark from a tree, rip sod out of the ground or peal pavement from a road surface.

During a straight-line wind damage event, trees will tend to be pushed down in a single direction or in a fan-like pattern over considerable distance.

Even thunderstorms that do not become severe can become life-threatening due to lightning, so it's best to head indoors when thunder roars.