Major League Baseball's (MLB) Opening Day 2019 was one for the record books, packed with various notable debuts and a new home run record.

Fifteen games were spread across Thursday afternoon and evening, setting a new record for the earliest beginning ever for an MLB season. The weather cooperated at almost every game on Thursday, except for one: The game between the Chicago White Sox and Kansas City Royals in Kansas City was delayed for nearly two hours due to rain.

A total of 48 home runs were hit across the majors, setting a new Opening Day record, according to The Associated Press. 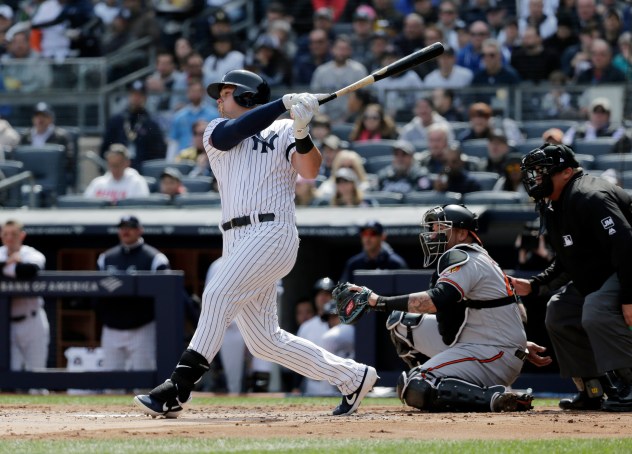 The wind was blowing out to left field in Philadelphia, and that may have benefited the home team as the Phillies slugged two home runs to that part of Citizens Bank Park, including a grand slam from first baseman Rhys Hoskins.

AccuWeather forecast earlier this week that the wind conditions could benefit Hoskins and other right-handed hitters at Citizens Bank Park on Opening Day.

A video highlight of the grand slam appeared to show the flags blowing out to left as the ball was heading to the stands.

Bryce Harper made his much-anticipated debut with the Phillies, but aside from a key intentional walk that led to the Hoskins grand slam, Harper played little part in the Phillies offensive outburst which resulted in a 10-4 win over the Atlanta Braves. 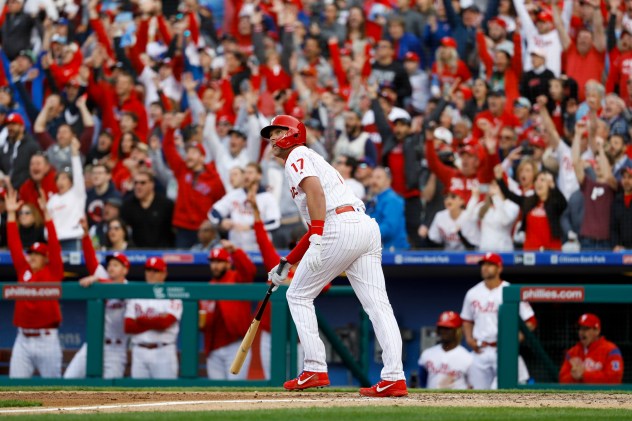 Several games in the Northeast were played under sunny and milder conditions. Temperatures reached into the 70s in Cincinnati, about 13 degrees above the average high for this time of year. For comparison, temperatures were in the 40s at Great American Ball Park for the 2018 opener on March 30.

The Reds defeated the Pittsburgh Pirates 5-3. Corey Dickerson hit a homer for the Pirates, while Derek Dietrich and José Peraza hit home runs for the Reds.

5 ways weather is pivotal in a baseball game Why weather keeps throwing MLB curveballs and how it impacted 6 memorable games From snow to dust storms: 6 remarkable weather events that impacted the MLB World Series

In New York City, the air was chillier with highs in the 40s at Yankee Stadium, but a far cry from the 2018 Yankees home opener, which was postponed due to snow.

Luke Voit helped the Yankees take home a win, as his three-run homer to center field in the first inning sparked a 7-2 victory over the Baltimore Orioles. First baseman Greg Bird would later go yard in the eighth inning, giving the Yankees two homers to start the season.

On the other side of the country, the Dodgers socked eight home runs in partly cloudy and warm Los Angeles weather to earn a 12-5 victory over the Arizona Diamondbacks. The game-time temperature was in the upper 60s and a light wind of 7 mph was blowing out to center field at Dodgers Stadium.

The pleasant weather across much of the U.S. on Thursday was likely a welcome sight for players and fans. The first month of the 2018 season was marred by a record number of cancellations, in addition to games that were played in chilly and oftentimes wet weather.