From record cold and snowfall to a wildfire wedding photo going viral, here are the top stories of the week.

Wildfires continue to cause problems for firefighters and fearful residents in the western United States, with multiple new blazes igniting this week. Meanwhile, bad weather spooked some communities out of their initial Halloween plans, icy cold gripped parts of the northern U.S. and Rebekah reminded us that hurricane season is not yet over. Here's a look at the biggest weather news from the past week.

Over the past several weeks, eerie images of hellish-orange wildfires raging with silhouettes of firefighters working relentlessly in the foreground have permeated major news sites and social media almost as quickly as the fires themselves have spread. And what’s worse — new fires are igniting in California, despite the progress being made with battling the massive Kincade Fire in Sonoma County.

The Maria Fire that sparked Thursday night near Santa Paula in Ventura County burned about 4,000 acres in less than a day and was was 0% contained as of Friday morning. It forced around 7,500 people from their homes. 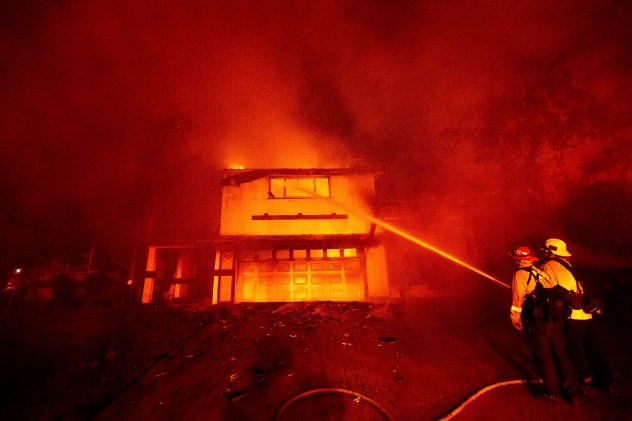 The Easy Fire, which started up in Simi Valley about 40 miles northwest of Los Angeles, gave at least 800 firefighters a hard time Wednesday with its rapid growth from 200 to 1,600 acres between morning and night. However, fire crews managed to contain a significant amount of the fire as of Friday morning, and all evacuations have been lifted.

The fire initially posed a threat to the Ronald Reagan Presidential Library; however, a library representative said the building was saved by a flock of goats. The library brings in about 300 goats to feast on flammable vegetation around the building annually.

Yet another wildfire — the Hillside Fire — ignited Thursday morning and swiftly spread; however, firefighters had contained 50% of it by midday. Earlier in the week on Oct. 28, residents outside of Los Angeles had to worry about the Getty Fire that ignited early that morning along the 405 Freeway. Investigators placed blame on a dried tree branch that hit a power line.

We’re in the final stretch of 2019 as we enter November, but it’s still not quite wintertime. That did not stop a wave of Arctic air from shattering record lows in the northern portion of the U.S. this week as bone-chilling cold gripped the northern Rockies and High Plains. In Salt Lake City around 3:37 a.m. Wednesday, a temperature of 14 degrees Fahrenheit set a new daily and monthly record.

Those living in remote northern Utah really had to bundle up early Wednesday, as lows reached minus 46 F in Peter Sinks. That extraordinarily low temperature made it the coldest location in the contiguous U.S. while setting a new record October low for Utah. Records were also smashed on Monday in Wyoming, where subzero temperatures were reported. 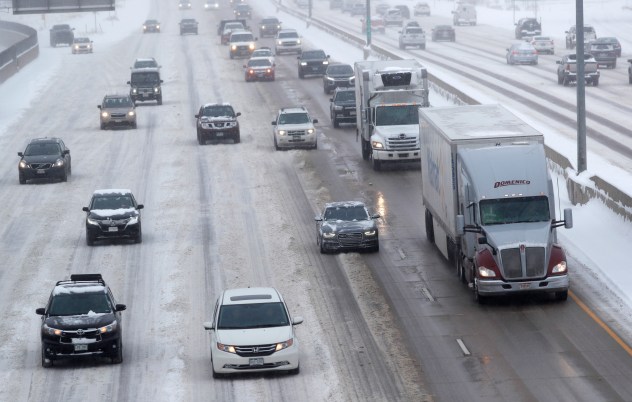 Traffic struggles along the snow-packed southbound lanes of Interstate 25 near the Steele Street overpass as an autumn storm sweeps over the intermountain West Tuesday, Oct. 29, 2019, in Denver. Forecasters predict that this second storm in two days will bring up to a foot of snow in some places in the region as well as pack an intense cold that may drop temperatures to possibly record-setting lows. (AP Photo/David Zalubowski)

In addition to the crazy cold that invaded some spots, a snowstorm impacted locations from Idaho to Nebraska. At Denver International Airport, at least 12.2 inches of snow fell, which made it the snowiest October since a decade ago, when 17.2 inches fell. Hundreds of flights were canceled Tuesday, forcing hundreds of travelers to sleep at the airport. Denver’s high of 18 F Thursday tied for the coldest October high temperature on record.

In the Midwest, a winterlike storm dumped snow across the region, breaking a 96-year-old snowfall record in Chicago. This is from the same storm that impacted the Rockies earlier this week after it tracked across the central U.S. Areas like northeastern Kansas, eastern Iowa, Illinois and southern Wisconsin got battered with heavy snow, strong winds and an unrelenting cold.

Up to 6 to 9 inches of snow buried the Upper Midwest as the storm intensified on Halloween. Several cities, including Chicago, Milwaukee and Madison, set new record daily snowfall amounts for the holiday, and October 2019 now ranks among the top five snowiest ever in several locations.

Subtropical storm forms in the Atlantic

The 2019 Atlantic hurricane season is coming to a close with just enough time left for Subtropical Storm Rebekah to form in the otherwise quiet Atlantic basin. Subtropical, according to AccuWeather meteorologists, means that Rebekah acquired both tropical and non-tropical features.

The storm developed Wednesday afternoon into the season’s 17th named storm before dissipating on Friday. Meteorologists say two other areas warrant a close eye for potential tropical development into the first full week of November.

As Kyarr continues weakening over the western Arabian Sea, Cyclonic Storm Maha has formed, making it the first time since 2015 and the second time in history that back-to-back named storms have existed in the Arabian Sea. The two storms back then were Megh and Chapala. 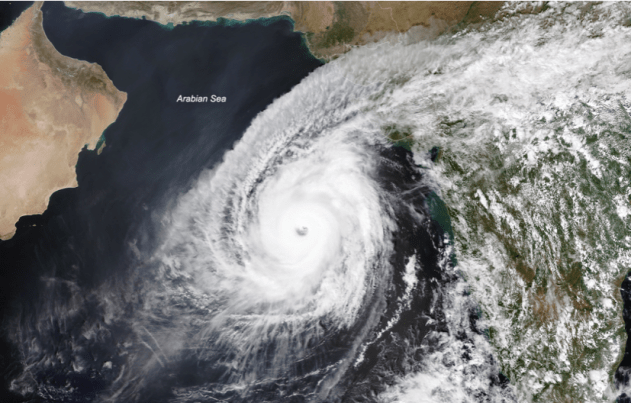 Kyarr is seen in the Arabian Sea earlier this week. (Photo/NASA)

Maha was classified as a depression on Wednesday, then it strengthened into the evening, becoming a severe cyclonic storm on Thursday. AccuWeather meteorologists expect further strengthening as the storm moves into warm water and an area with low wind shear, and it could possibly reach very severe cyclonic storm status in the coming days, with wind speeds of at least 74 mph.

Much to the dismay of several trick-or-treating communities from the mid-Atlantic to the Ohio Valley, wet weather threatened to drench their Halloween plans on Thursday. That’s why officials in some cities rescheduled Halloween festivities for the start of November.

Officials in Charleston and Huntington, West Virginia, moved festivities to the weekend, the Associated Press reported. Philadelphia-area communities moved up trick-or-treating activities to Wednesday night or planned to hold off until Friday evening. In Pittsburgh, trick-or-treaters had to wait until Friday or Saturday.

After soaking rain and severe storms swept across the eastern U.S. on Halloween, hundreds of thousands were left without power, a flash flood emergency was issued and an EF2 tornado was confirmed.

The Philippines were hit with two powerful earthquakes rated over 6.0 magnitude in a three-day period and three earthquakes within a month’s time. Both of the more recent quakes impacted the southern island of Mindanao. 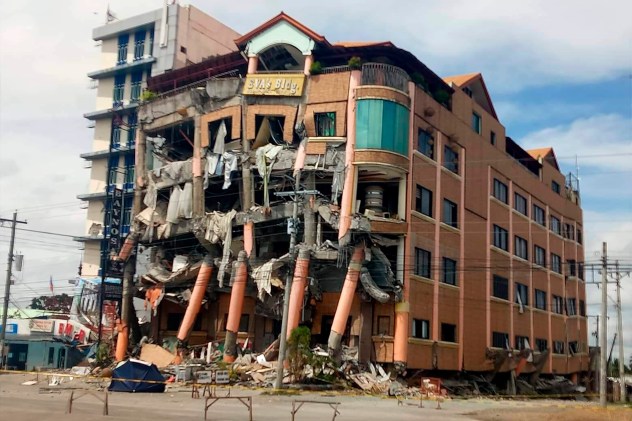 On Oct. 31, a strong 6.5 earthquake struck just south of Kisante, Philippines. No tsunami threat was issued, but the earthquake was powerful enough to inflict major damage upon structures in locations like Davao City and Kidapawan City.

At least five people died Thursday, according to the AP, and at least eight people perished Tuesday during the 6.6 magnitude quake.

96-year-old snowfall record smashed in Chicago as Halloween storm sweeps across US
Severe storms topple trees and power lines on frightening Halloween in the East
Firefighters get little reprieve as wildfires scorch nearly 90,000 acres of California in just a handful of days
Report a Typo
Comments that don't add to the conversation may be automatically or manually removed by Facebook or AccuWeather. Profanity, personal attacks, and spam will not be tolerated.
Comments
Hide Comments